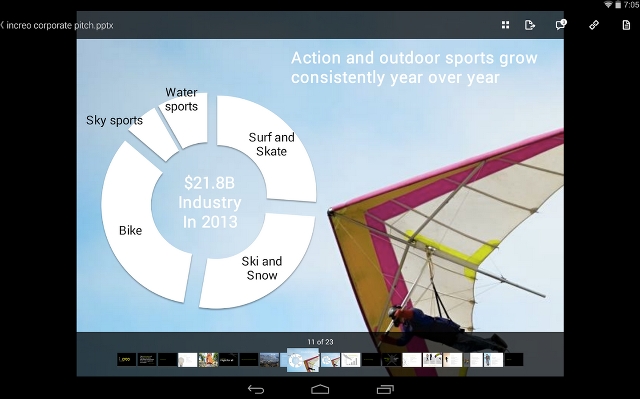 Box released a major update to its Android app this week, bringing it in line with its iOS version, and prepping the way for a push into mobile sharing and collaboration. The update features both a new image gallery and document viewer with improved OneCloud integration.

The new image gallery is reminiscent of the overhaul Box gave to its iOS app earlier in January, but the real meat of the update is in the document viewer, which now supports over 100 different file types. The document viewer also now allows for search within documents, commenting on files, and live presentation of PowerPoint presentations.

Documents can now be created with Box for Android, but only via a connected OneCloud app. However, the company is currently doubling down on sharing and collaboration with its new Google Doc-styled Box Notes tool. Box Notes isn’t currently ready for mobile, but the company is working on integrating its feature set soon. While Box users wait, LG G series smartphone owners can take solace in a 50 gigabyte free storage offer currently running.

The new Box for Android version is available now at the source link below.