Whistle, the Fitbit for dogs, gets an Android app and expands to PetSmart stores 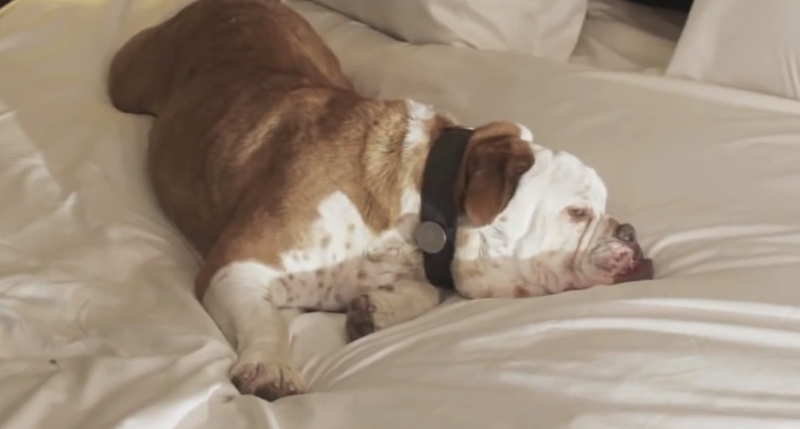 Chances are you don’t have to worry about your dog’s fitness level; it’s usually pretty high, and likely better than yours (and mine!).

But for those people who want to quantify all the things, Whistle is going to provide the same data from your dog as a Fitbit or UP would for you. Beginning next month, Whistle will begin selling for $129.95 in PetSmart stores across Canada, giving the startup its first retail presence.

Like fitness trackers for humans, Whistle uses sensors to measure activity time and intensity, sleep patterns and other useful information, and conveys it to a Bluetooth 4.0-enabled smartphone like an iPhone or recent Android device. Whistle also has a web interface, as shown by GigaOm writer, Kevin Fitchard’s pup, Hippo. The apps can also be used to log food intake, and keep track of photos over time.

When first setting up Whistle, which is waterproof and attaches to a dog’s collar, the owner enters the dog’s weight, age, breed and location, and the data is tracked against the same breeds and sizes to determine whether he or she is getting enough exercise. Ultimately, Whistle can also be used to help vets “make more informed health and lifestyle decisions,” according to a press release.

From initial reviews, Whistle works well enough to justify its $129.95 price, but whether it will become a mainstream product depends on how well it connects to dog owners at large. This retail partnership with PetSmart is a good start.