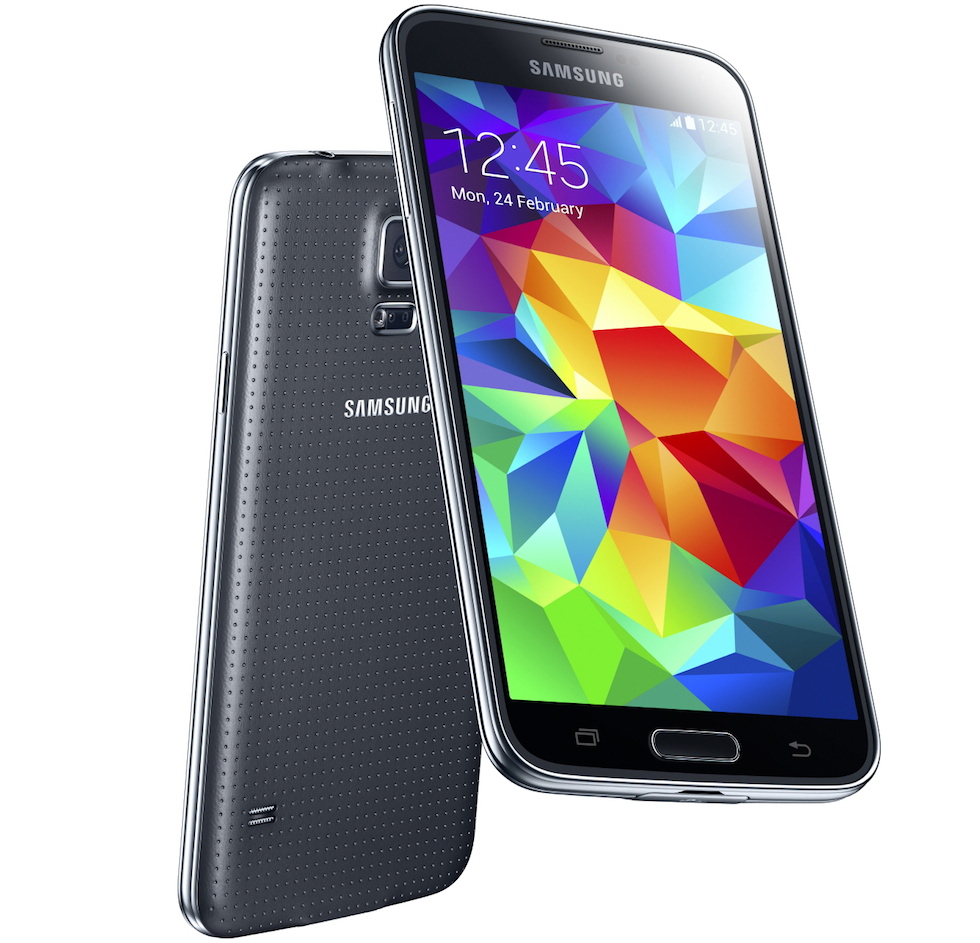 Samsung has unveiled its newest Galaxy S flagship, and it is not the marked departure from the S4 many expected. Instead, it is a faster, slightly larger follow-up to one of the most successful smartphone series ever made.

With a 5.1-inch 1080p Super AMOLED display, the Galaxy S5 is mainly a “refined” version of the S4. It sport a 2.5Ghz quad-core Snapdragon 801 processor and 2GB of RAM, which makes for a modest speed bump, but the 16MP camera should be enough to woo even the modest photography fan. Adding to that is the ability to shoot 4K video, first seen on the Note 3 introduced last year.

In terms of aesthetics, the S5 is a familiar take on the Galaxy line; its rounded corners harken back to the original Galaxy S i9000, but the front and back are all modern: the hardware home button has an integrated fingerprint sensor, and the USB 3.0 charging port is covered with a small tab to ensure waterproofing. Indeed, this is the first Galaxy S flagship to be IP67 dust- and water resistant.

The fingerprint scanner requires a vertical swipe to activate, unlike Apple’s iPhone 5s, where the digit can merely be placed on the extrusion. Samsung is working with PayPal to integrate payments, though they won’t be active in the Play Store at launch. Of course, the fingerprint scanner works to unlock the new version of TouchWIZ, which has been slightly overhauled with cues from the recently-announced Magazine UX on the TabPRO series of tablets.

At 145 grams and 8.1mm thick, it’s slightly taller, heavier and wider than its 5-inch predecessor, but sports a larger 2,800mAh removable battery behind the redesigned back cover. Boasting a “modern glam” look, according to Samsung, the back cover has a soft touch rubberized feel, similar to the Nexus 5 and new Nexus 7. The Galaxy S5 itself is still made of plastic, but the device should be much less “slimy” after heavy use, and less prone to slip from flat surfaces.

In addition to a fingerprint sensor, the Galaxy S5 has a built-in heart rate monitor on the back of the device. This complements the existing retinue of sensors like a barometer, gyroscope, humidity sensor and thermoter. The included S Health 3.0 app promises to integrate with even more third-party apps, as well.

Back to the 16MP camera, the device not only sports what Samsung calls the “world’s fastest autofocus speed up to 0.3 seconds” but, like Sony’s Xperia Z2, a selective background defocus mode.

Finally, the Android 4.4.2 build sports a familiar look and feel to previous versions of Samsung’s TouchWIZ but has a redesigned settings menu with a flatter, altogether more tasteful aesthetic.

The Galaxy S5 will be available worldwide, including Canada, in mid-April, in a smattering of colours like charcoal Black, shimmery White, electric Blue and copper Gold.

Update: A few interesting notes about the S5 we didn’t manage to fit into the initial post: