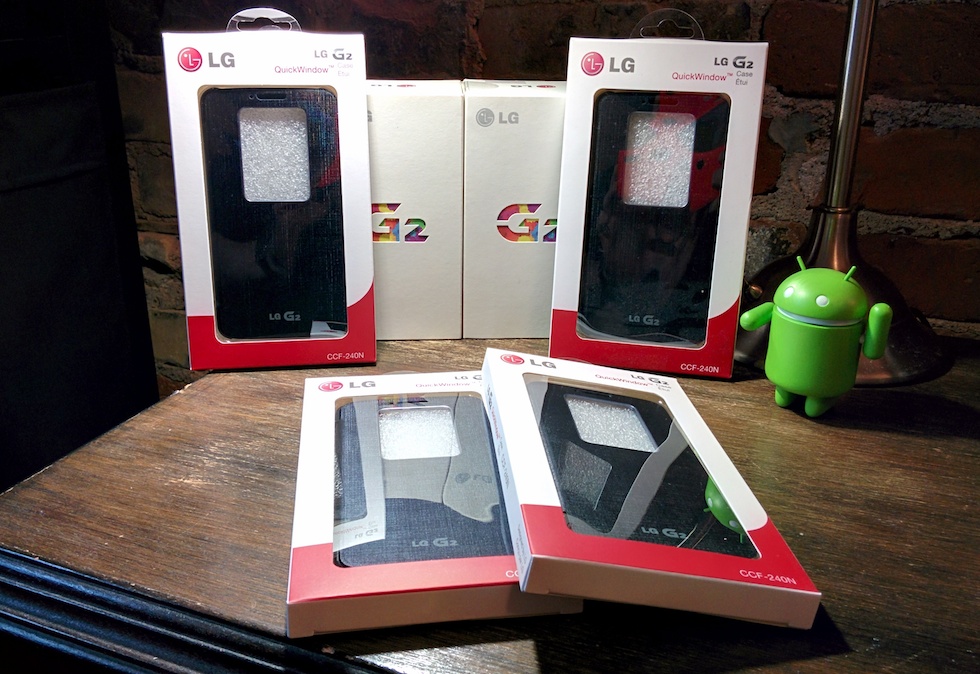 Here’s a nice little contest to start off the weekend right.

LG Canada has been gracious enough to offer two of its flagship G2’s for a giveaway, and we’re pairing these powerful Android smartphones with their official QuickWindow cases, like a boy and his favourite sweater. The QuickWindow cases have been graciously provided Cesium, LG’s official accessory distributor in Canada (thanks guys!).

Back in September, we had a chance to review LG’s unique device, the first of a number of smartphones from the company with power and volume buttons on the back, allowing for a much thinner, curved design. In fact, LG has just announced it will launch the even bigger, even curvier G Flex on Rogers this spring.

In the meantime, the G2 is still one of the most powerful devices on the market, with a 5.2-inch 1080p IPS display, a 2.3Ghz Qualcomm Snapdragon 800 processor, 2GB of RAM, a 13MP rear camera, a 3000mAh battery, 32GB of internal storage, and Android 4.2.2. LG promises an upgrade to Android 4.4.2 KitKat in the coming weeks, which will be good news for the two winners.

How do you win? Well, it’s simple: just follow us on Twitter and leave a comment below. Nice and easy. We’ll get in touch with you over Twitter (so be sure to register your account with Disqus, our commenting system) if you’re the winner.

Update: Thanks to all 1,317 people who entered this incredible contest. We’ll be contacting the two winners via Twitter, so stay tuned! -DB