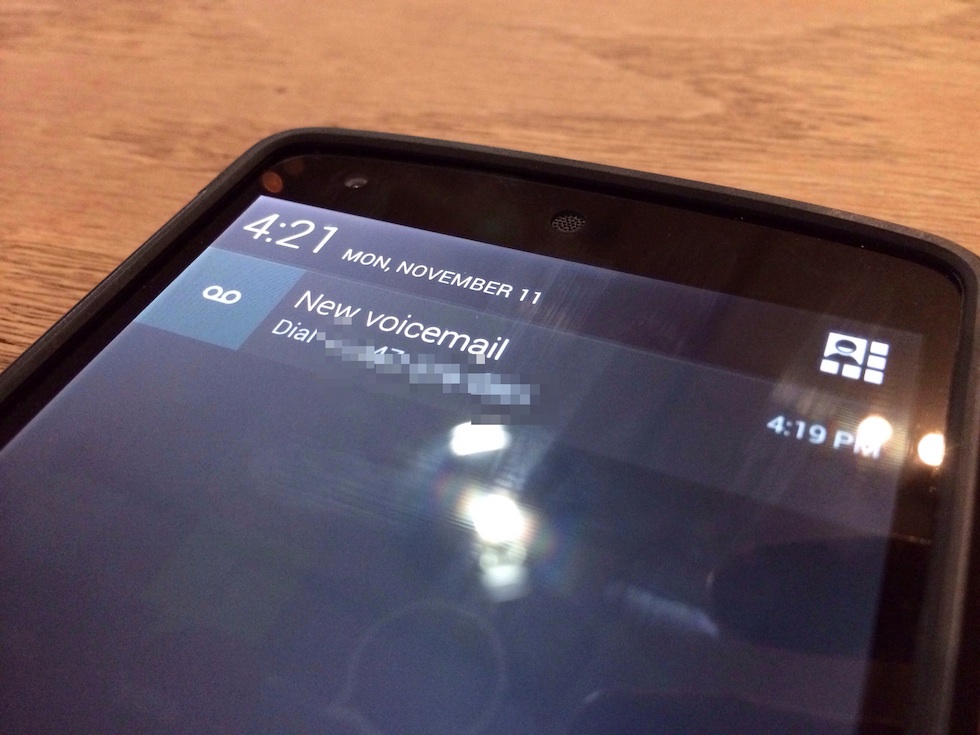 We’ve received a few pings from users expressing frustration about an issue with the Nexus 5’s voicemail notifications — or lack thereof.

We looked into this and confirmed that the Nexus 5 does not show voicemail notifications — specifically, the icon in the notification centre after someone has left a message — until the device is rebooted. Obviously, the voicemails are still there, and you can check them manually, but there is no indication immediately after it is left.

Because the Nexus 5 is the first and only current phone based on Android 4.4 (aside from a handful of early custom ROMs for other devices), we’re not sure that this issue applies specifically to the Nexus 5 or Android 4.4 in general. Google has teased a software update for the Nexus 5 to address nascent camera issues, so we’re hoping a fix for this issue rolls out at the same time.

We’ve been able to confirm the issue is present on Bell and Rogers SIM cards, so the issue appears carrier-independent. Are you experiencing voicemail-related issues on the Nexus 5?