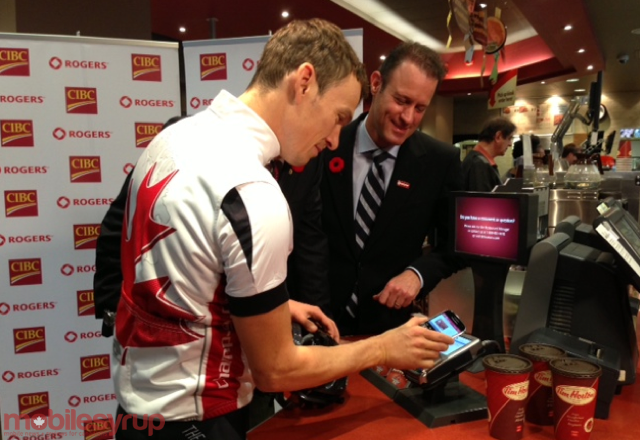 Rogers and CIBC launched the “suretap” mobile payment system a year ago. This brought the ability for select customers to purchase small ticket items right on their NFC-enabled BlackBerry or Android powered smartphone.

Today, Rogers has announced that they’re expanding the service and will make the suretap Wallet available in the “coming weeks.” This initiative will usher in a new wave of mobile commerce in Canada. Rogers states in their press release that those who download the suretap Wallet app will have the option of adding a “co-branded virtual Rogers Prepaid MasterCard that can be loaded with funds to use at their favourite retailers across Canada.”

This initiative will launch in a couple weeks, just in time for the holiday season, and will only be available on select NFC BlackBerry and Android devices that will be known closer to the rollout — probably the BlackBerry Z10/Q10/Z30 and select Galaxy S devices.

David Robinson, VP of Emerging Business at Rogers said, “The arrival of our mobile wallet is a major step towards our vision of a mobile experience, where Canadians will quickly and securely access cards they carry in their physical wallet on their smartphone.”