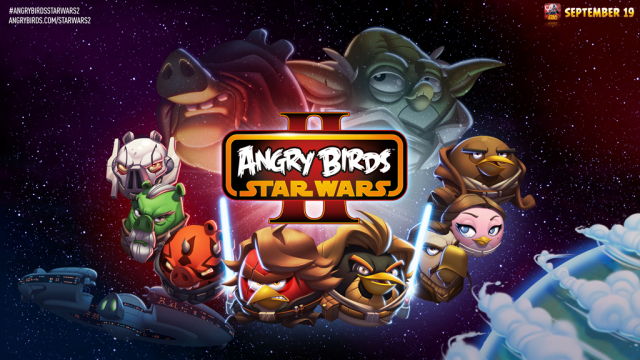 Looking for yet another iteration of whiling away the hours flicking birds at pigs?

Angry Birds Star Wars 2 has been released across Android, iOS and Windows Phone, bringing new levels, characters and flying birds. There’s also Telepods, which looks like the real reason for this game to exist; these toys allow users to “flick” characters onto the screen, and will likely be very appealing to the little ones. You can play as 30 characters, including Yoda, and work towards becoming either a Jedi or a Sith.

At its core, though, this $0.99 game incorporates the same basic concepts we’ve loved and/or forgotten about since 2009. The biggest difference between then and now is that you no longer get the “full” game at that price; in-app purchases are meant to further progress more quickly and buy items, characters and levels.

Rovio assures us that all progress in the game can be earned with enough time and perseverance, but keep in mind that the in-app purchases are there, especially if you have children. Good news for Windows Phone 8 users, though: this app is available the same day as iOS and Android.