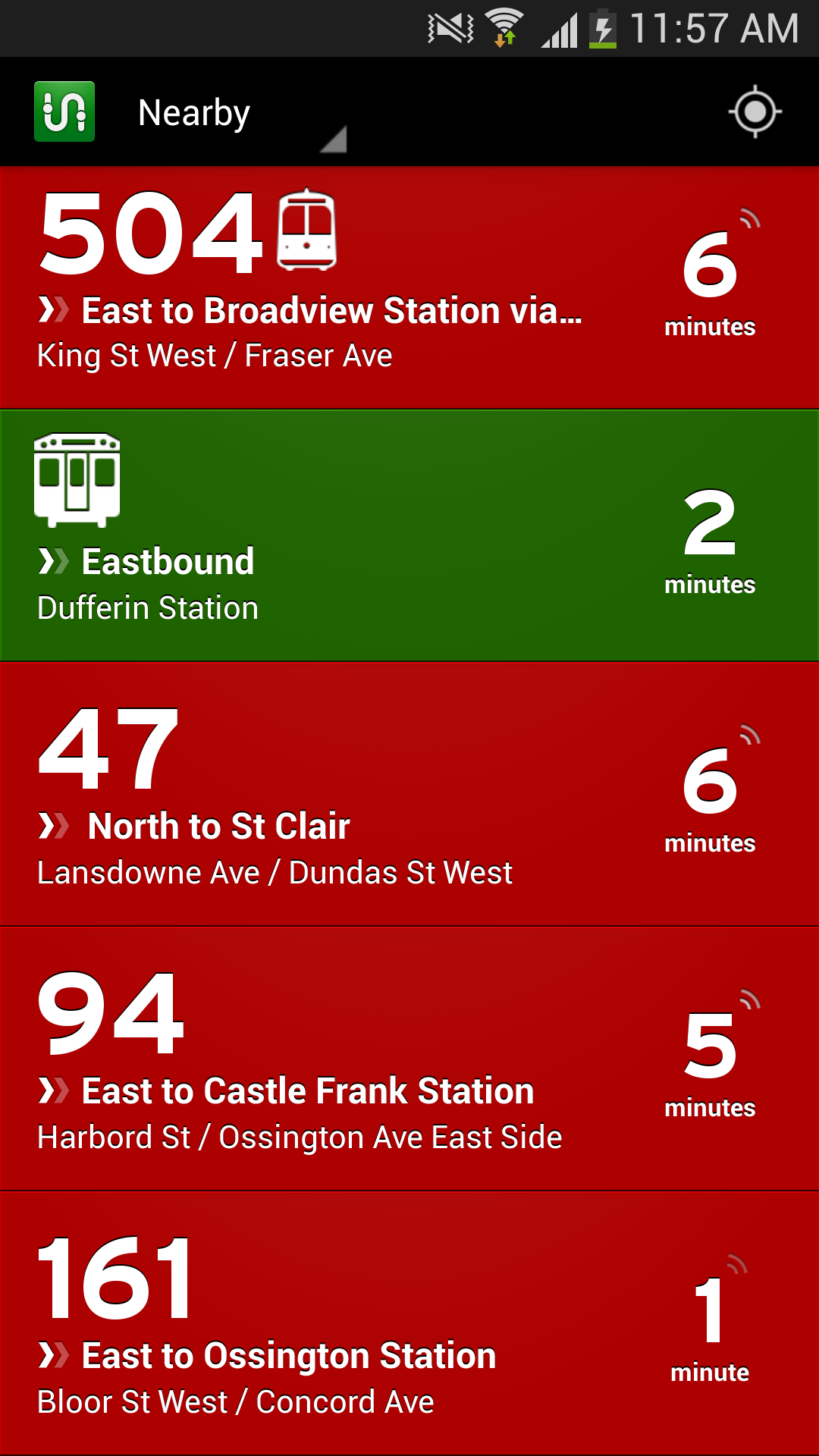 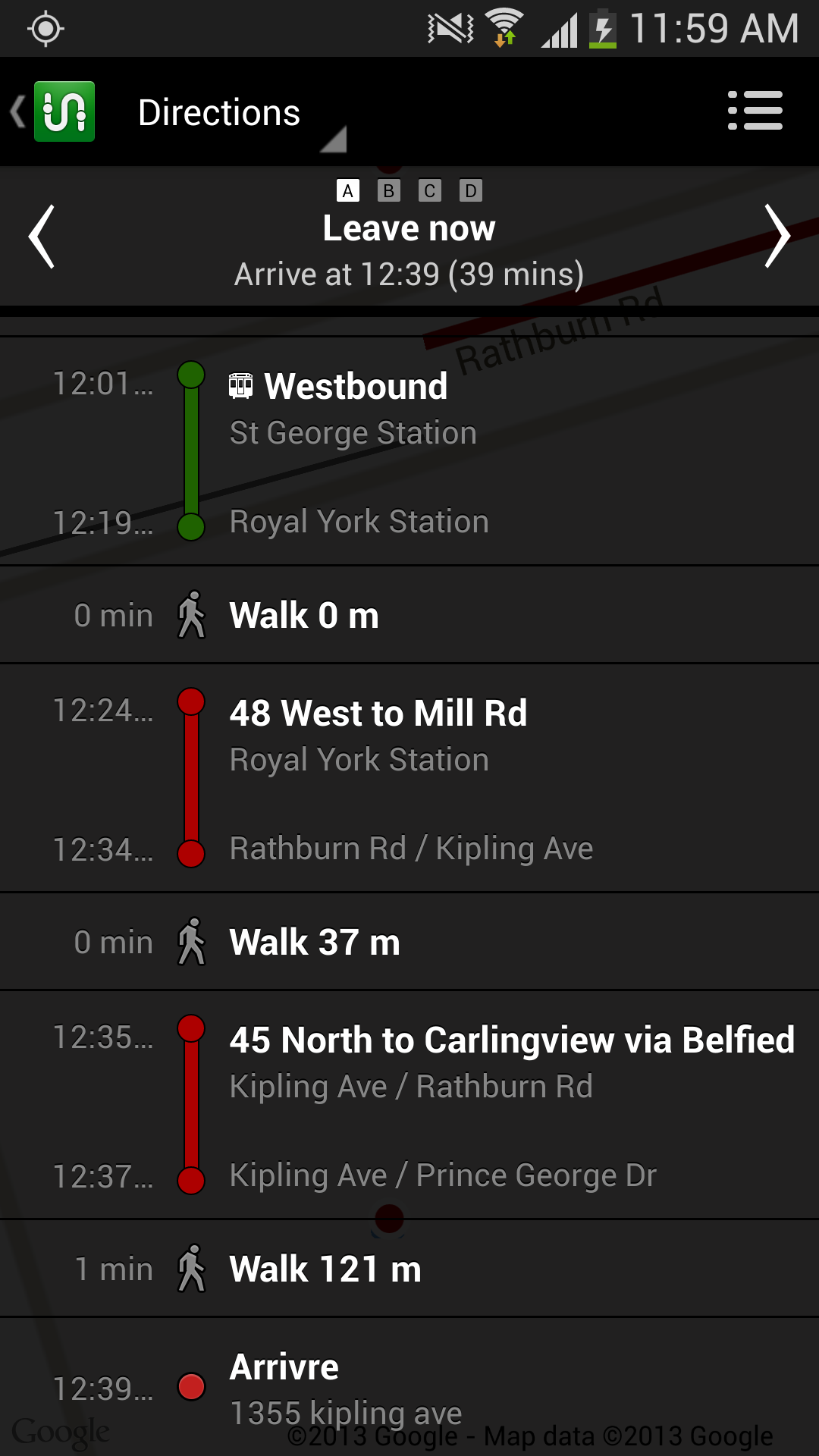 Transit, the best public transport app for iPhone, has arrived on Android today with plenty of Canadian cities supported. The app came to prominence immediately after the launch of iOS 6, when it was revealed that Apple’s problematic Maps app did not have public transit directions.

Transit was initially free with a small annual paid subscription fee to widen the berth of supported transit lines, but went completely free in its 2.0 release, adding a number of new features in the process. The app is developed by a small team in Montreal, and continues to grow as it gains prominence.

The Android version retains much of the simplicity of its iPhone counterpart, but lacks offline support (for now). When you initially open the app, the screen locates you in relation to the closest bus, streetcar or subway lines and gives you the approaching times for each form of transit.

Transit is a free download, and a must-have app for public transport users on Android.