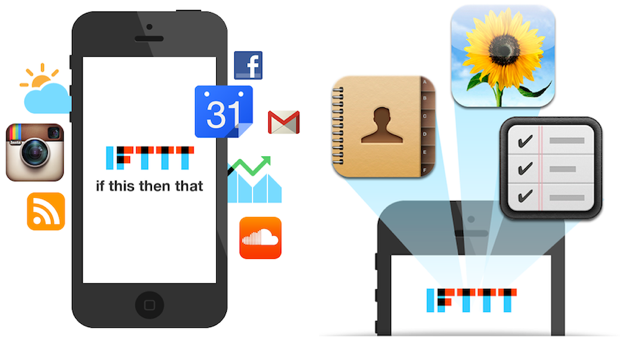 There is no doubt that my digital life is just as chaotic as my real one. Sure, they each find peace at times, and occasionally meld into one another, but there is nothing like trying to remember to do something and realizing it’s already been completed with no intervention on your part.

This is IFTTT. It stands for If This Then That, and the two year-old web service has changed my life and likely those of anyone who has used it. While seemingly simple, IFTTT benefits from a clean user experience that rewards those who are patient and creative. In a way, it’s almost like a game.

You need a trigger — say an Instagram photo — and an action — say a Dropbox folder. Users create (or have already created) a Recipe from these two seemingly-disparate and unconnected services, bringing to bear a purpose from the trigger and action. In this case, the Recipe can be set to take all your Instagram photos and place them in a Dropbox folder for safe keeping. These are the simple examples; it gets far more involved the deeper you fall down the rabbit hole.

The iPhone version was always in the cards, says CEO Linden Tibbets, but it’s the first of a number of mobile services the company will introduce. It’s clear that the iPhone version was crafted with love, as almost every feature from the web version is present. Even some iPhone-only tenets are on board, including the ability to automatically upload screenshots taken on the phone to a special Dropbox folder. Integration with Contacts and Reminders is also present, along with many of the popular services you use every day, like Gmail, Google Calendar, Instagram, Facebook, Feedly, Soundcloud, RSS and more. 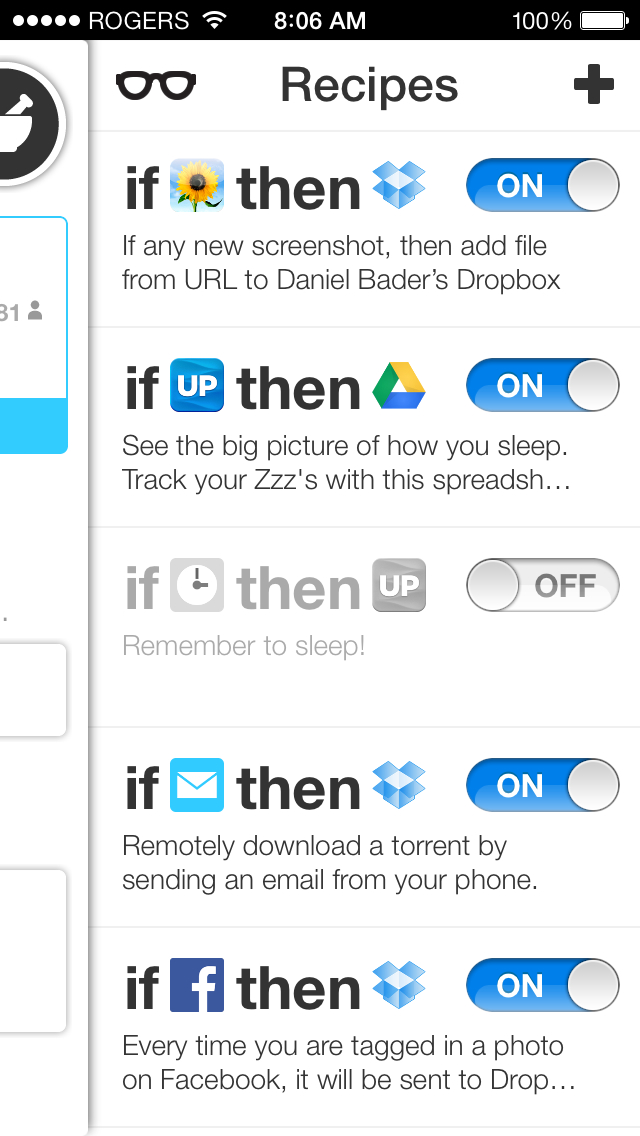 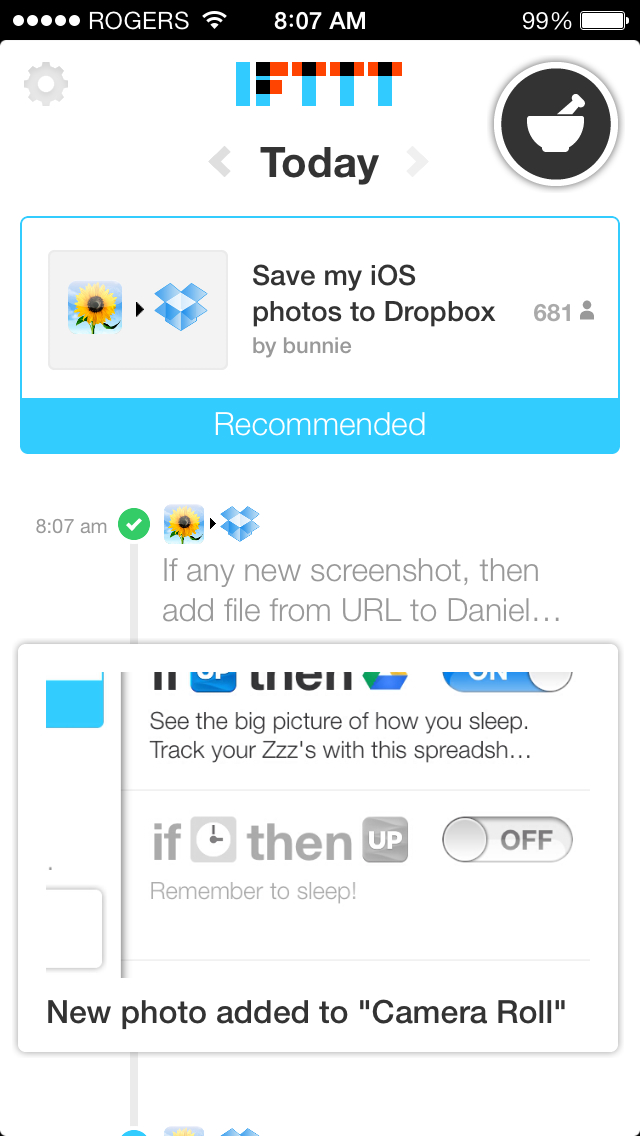 The brilliance of IFTTT has always somewhat been overshadowed by its web-based facade, and the fact that at its core, it’s just a really simplified macro programming language. If the company can manage to tutor millions of iPhone users, who inevitably use a number of these services on a daily basis, there will be an immediate uptick in productivity.

If you’re not one to create Recipes on your own, you can browse through lists of thousands of them, based on category or service. For Recipes that you already use, activated from within the app or previously, on the web version, there’s a new stream that lets you know what’s going on in the background. This way there’s a tactile, almost tangible understanding of what the service is doing for you and how it’s helping you hour to hour.

The company says an Android version is in the works, but a very capable mobile web app is available for non-iPhone users.