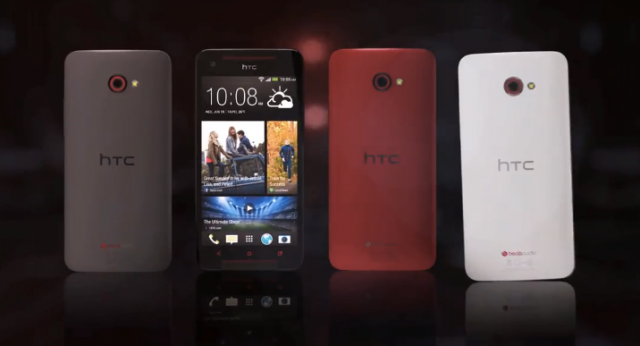 At a Taiwan press conference today, HTC announced the follow-up to its successful Butterfly smartphone, the aptly-named Butterfly S.

Like its predecessor, the Butterfly S comes with a 5-inch 1080p display (in fact, it was the first handset to boast such a resolution) but is otherwise a huge upgrade, internally and externally. There’s a 1.9Ghz Qualcomm Snapdragon 600 SoC (the HTC One runs at 1.7Ghz), 2GB RAM, 16GB of internal storage augmented by a microSD slot, an Ultrapixel camera on the back and a 2MP wide-angle front camera, a massive 3200mAh battery, all running Android 4.2.2 Jelly Bean.

The device takes its design cues from the HTC One as well, though its glossy polycarbonate paneling more resembles the lower-end Desire series than the company’s more recent premium fare. There are two BoomSound-enabled front-facing speakers on the face and Beats Audio capabilities inside. The 3200mAh battery should, along with improvements to Android 4.2, bring the uptime to well over a day, but the lack of an LTE baseband chip will turn off quite a few potential North American importers. Instead, the Butterfly S has a quad-band HSPA+ radio that should support Canadian networks.


Of course, with Android 4.2.2 comes Sense 5 and a number of improvements over the original shipping version from the HTC One. We see the quick settings toggle in the notification shade and a number of enhancements to the camera and overall performance. HTC also saw fit to give users back their precious capacitive multitasking button and, with support for making it into a menu button out of the box, there shouldn’t be any issues with virtual menu buttons taking over screen space.

The Butterfly S goes on sale in Taiwan sometime next month for an estimated $750USD. Don’t hold out hope for a Canadian version — the One is still very much its flagship smartphone — but the Butterfly S proves that HTC is still willing to cater to its more niche audiences around the world.