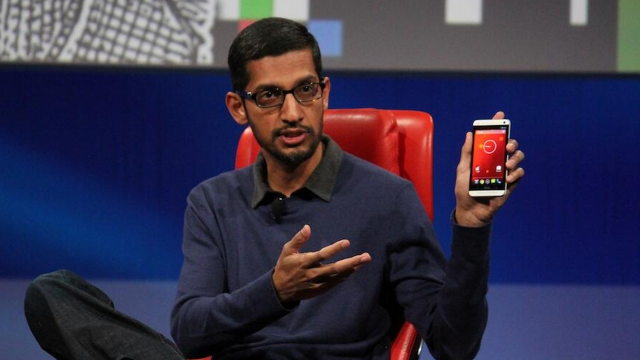 As rumoured, debunked and subsequently predicted, Sundar Pichai, head of Android at Google, announced that will offer the 32GB HTC One “Nexus Edition” on the U.S. Google Play Store starting June 26th.

As with the Galaxy S4, this model will be visually identical to its carrier-sold equivalent, but runs vanilla Android and will be updated directly by Google. The cost, at $599, will be slightly lower than the Samsung offering ($649), and will launch with Android 4.2.2 Jelly Bean.

The HTC One has consistently been considered one of the best Android devices ever made, but shipped with Jelly Bean 4.1.2, which is going on a year old now. Because Google will be directly updating these phones, alongside its Nexus products, there is the expectation that though users may be losing some of the functionality HTC has worked so hard to integrate, vanilla Android offers a simplified, higher-performance experience.

Like the Galaxy S4, this version of the HTC One won’t be sold on the Canadian Play Store, but it will be compatible with Rogers, Bell and TELUS. Unfortunately WIND and Mobilicity users are out of luck, as it lacks the necessary 3G radio bands.

At $599, it’s also significantly cheaper than purchasing outright most high-end devices from carriers here in Canada. HTC says it is working on expanding its distribution to other countries, so we may see it sold in Canada eventually.

HTC One “Google Edition” rumoured to be announced next month, but don’t count o...