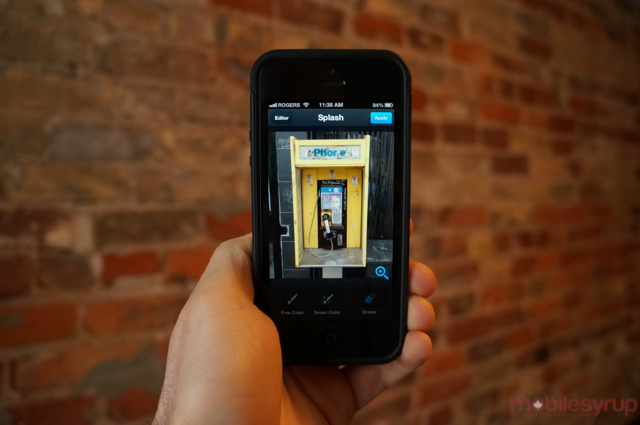 Aviary has, for a long time, been the go-to photo editing plugin for app developers on the web and mobile. It is the world’s most popular photo SDK, supporting Android, iOS, Windows Phone and the web. It was recently incorporated into Flickr’s revamped Android app, and it powers Twitter’s own editing suite.

Aviary also has its own standalone apps for iOS and Android, though, and has released an update for the former platform that introduces a fun new feature called Splash.

The idea behind Splash is to make a colour photo monochrome and then selectively add back the colour using your finger or a stylus. It works amazingly smoothly, and the results are often photos of surprising depth and substance.

Aviary competes with apps like iPhoto and Snapseed for basic photo editing; users can crop, rotate and touch up photos, and there is a heavy emphasis on stickers and frames, some of which can be purchased through the app.

The app was recently updated to version 2.0, adding a host of new features including Focus and Warmth tools, speed improvements, memory optimizations and more.