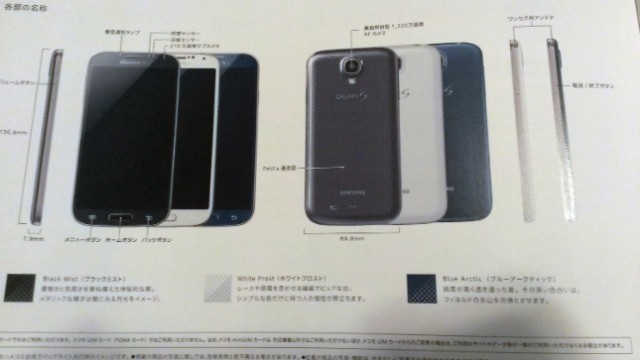 When the Samsung Galaxy S4 launched a few weeks ago TELUS noted that they’ll have “additional color options to follow later this year.” There was no indication of what or when the new colours would be made available, but if this leaked doc from DoCoMo in Japan is correct then we could possibly see the “Blue Arctic” GS4 join the Black Mist and White Frost versions. As for targeted availability, the promo materials suggest a release in Japan mid-May… so any day now. Of course, we Canadians would see this much later in the year, but a new colour would certainly be welcomed anytime.