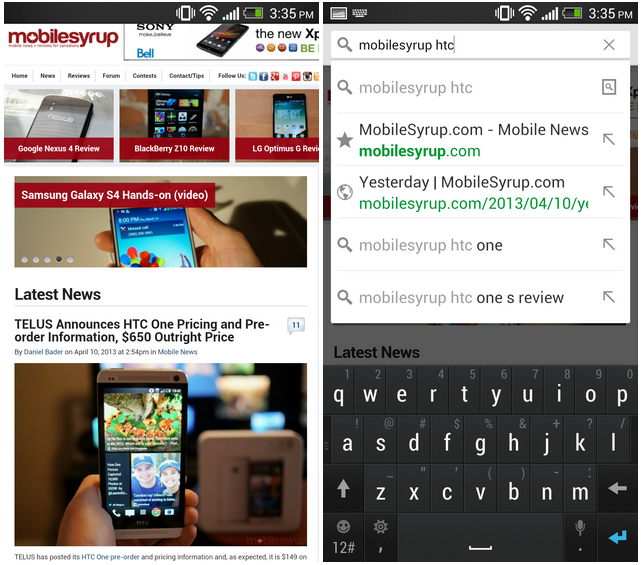 Chrome Beta for Android has, since its release, been the slightly-buggy-yet-fully-featured compadre to its more humbler, stabler cousin. This trend continues today as Google has iterated Chrome Beta to version 27, bringing it one step closer to the new Blink engine while providing some features that every Android user is sure to love.

First on the list is a fullscreen mode which was, curiously, brought to Chrome for iOS only a couple of days ago. This new functionality causes the Omnibox, as Google calls it, to disappear after scrolling down the page. Scrolling up the page only slightly causes it to reappear like magic. This is a neat feature on larger, higher-resolution Android devices; it is essential on the much-smaller iPhone.

Next up is an improved Omnibox, with results appear under the input box itself, reducing redundancy when searching. Tablets also get tab history when you hold down the back button, something else that was recently introduced on the iOS version.

Google has included an experimental data compression scheme on Chrome for Android, too. This was previously available on Chrome 26 beta via the chrome://flags URL, but now it’s accessible from the Bandwidth Management tab in Settings.