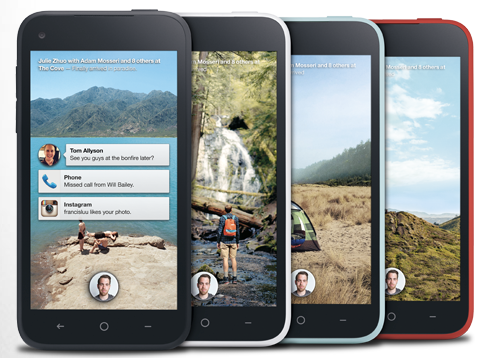 HTC has launched the First smartphone in four colours. It has LTE connectivity and will debut on AT&T in the States.

Its $99.99 price will be available with a two-year contract and will come pre-loaded with Facebook Home. Its 4.3-inch 720p screen and dual-core Snapdragon 400 SoC puts this very much in the mid-range market, and it’s clear that HTC will be targeting the first-time smartphone user with this device. It will run Android 4.1 Jelly Bean and have Facebook Home pre-installed, though there’s nothing stopping you from downloading a separate launcher and installing it over the default.

No word on whether it is coming to Canada, but we’ll keep you informed.

Facebook for Android updated with sharing, messaging improvements, Home gets a Favourites tray