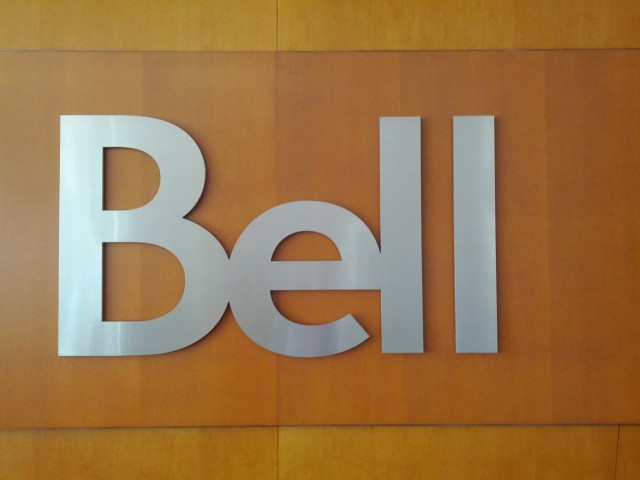 Bell’s Q4 and full 2012 results were reported this morning. For the 3-month period they managed to increase revenues by 6.8% to $1,458 million, plus the full year elevated by 6.5% to a massive $5,573 million. Bell said the increase was caused by “strong postpaid subscriber growth and higher blended ARPU.” The trend continued in Q4 with more Postpaid customers (143,834, up 9.0% compared to 131,986 last year) and Prepaid customers once again dropped. Bell noted that the average handset cost was “generally lower because of competitive holiday pricing,” with iPhone and leading Android activations leading the charge.

In 2012 Bell pushed Mobile TV really hard. The only known stat of how many Mobile TV subs there were was from about a year ago with 300,000. Deep in their presentation it shows that they’re aiming for “1+ million Bell Mobile TV customers by end of 2013.” Clearly content and media will be playing a huge role this year and we’ll see Bell come out with a “Pick a screen, fill it with goodness” strategy: Tablet, Smartphone, computer or TV.

Finally, this year we’ll also see Bell and Virgin “Upgrade look and feel of Bell-branded stores,” and become the “most valuable telecom brand in Canada” and offer “Exclusive devices.” 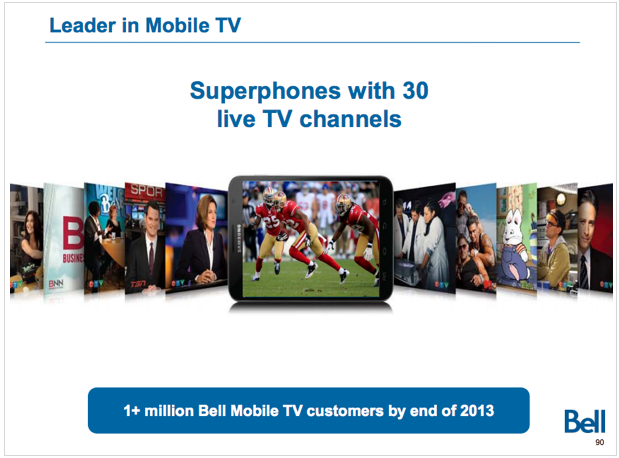 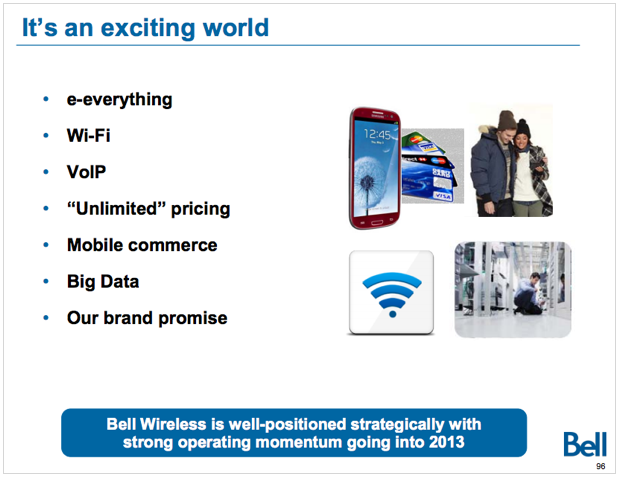 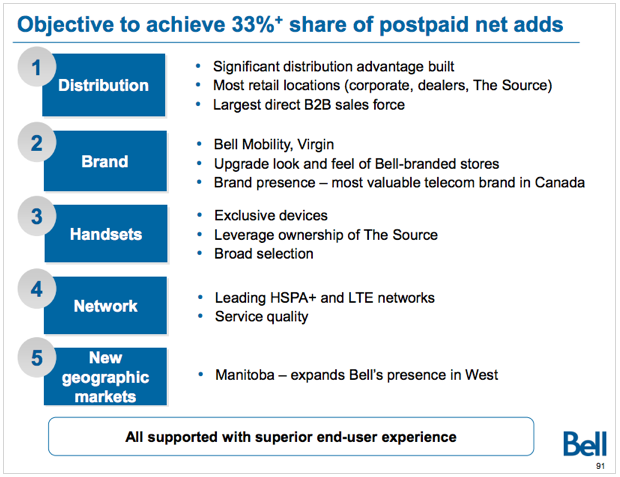