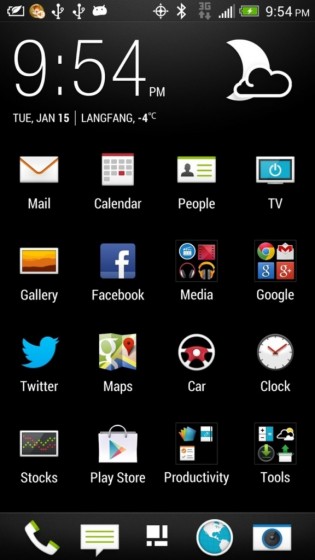 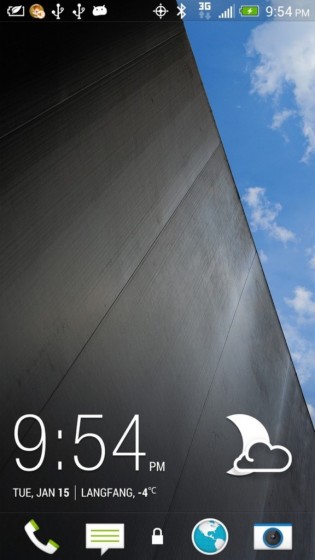 It’s all but assured that HTC will announce a new handset during next month’s Mobile World Congress, replete with a new version of its Sense UI for Android.

What was once derided as bloated and mundane looks to be transforming into a restrained, largely-flat landscape that will accentuate the sharpness of the new 1080p display standard. These leaked screenshots show off a build of Sense 5.0 running on the Verizon Droid DNA, but the code itself comes from a leaked ROM from the unannounced M7.

The new software extends the “flat” aesthetic to the well-known HTC time and weather widget. While it does lose some of its overt flair as a result, the new widget makes better use of pixel-perfect typography and sharp vector graphics. This is where Android design is going and it’s great to see HTC on the forefront from an OEM perspective — especially since competing manufacturers seem to be going to other way.

Icons are also different in Sense 5.0, with a cartoony, minimalist look to them. I especially like the new Camera icon. There also looks to be a new ‘TV’ app, which we’d imagine to be the next evolution of HTC’s Media Link HD, also expected to be updated at Mobile World Congress. 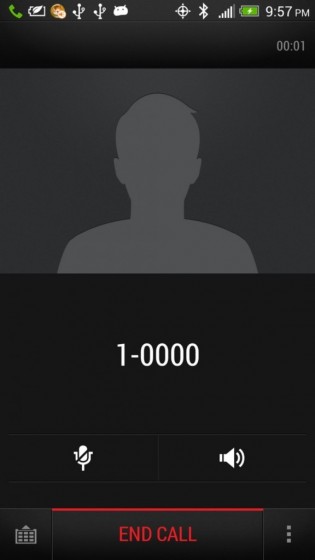 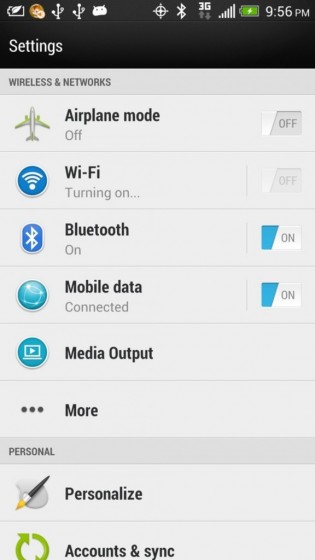 These are the only glimpses we’ve seen of Sense 5.0 — well, the leaked render that turned out to be real as well — but we have no doubt more will crop up in the coming days and weeks.

Do you like what you’ve seen so far? Is this enough of a substantive change for users to take notice of HTC again, or is the company doomed to repeat its mistakes of the past two years?

Looks like HTC One M8 will also be available in Blue