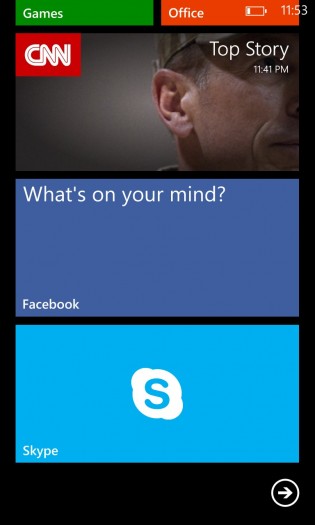 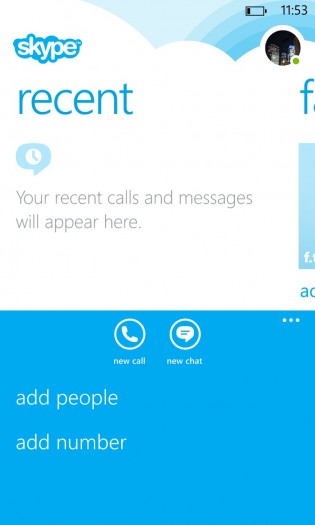 Windows Phone has had a few notable releases in the past few days. Not only was Angry Birds: Star Wars released on the same day as its iOS and Android counterparts, but big names like Cut the Rope, Words With Friends and Draw Something! are all available on the new Windows Store for the first time.

If you’re not into mobile games, however, another big name has reached the Store, the new Microsoft property, Skype. Released as a Preview (akin to a beta, we’re assuming), Skype for Windows Phone 8 is a completely rewritten app, resembling the Mango version only in design. It’s now able to run in the background, receiving calls even when you’re not in the app. It supports video calls, too, and we tested the quality on our Lumia 920 unit (review coming soon — it’s awesome!). When enabled, the video takes up the entire screen, with an overlay appearing when you want to disable the video or start messaging while the call is going on.

Voice quality was also excellent, and sounded only slightly more tinny than the average call over a cellular network. If you decide to leave the app while the call is going on, it will continue in the background with a permanent toast banner at the top of the screen reminding you that the app is still open.

For a preview, Skype for Windows Phone 8 is a pretty impressive piece of software. It supports the expandable live tiles, and the largest version shows missed calls and messages.

If you’re one of the lucky few to own a Windows Phone 8 device at the moment, head to the Windows Store (on your phone) and download the app.