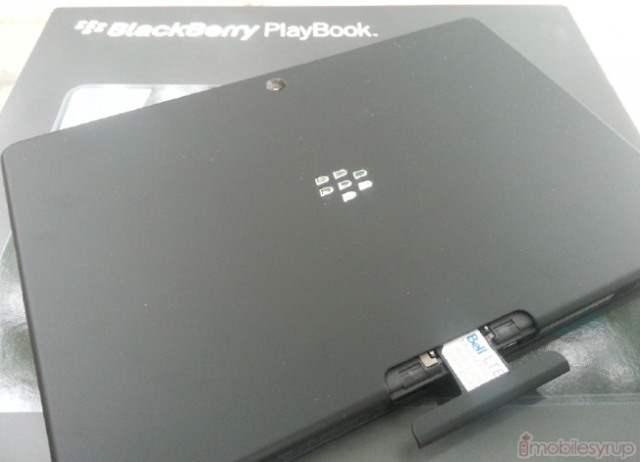 The day has finally arrived. Today, August 9th, sees RIM’s 4G LTE BlackBerry PlayBook arrive on Canadian soil via Rogers, Bell and TELUS. Other countries will be launching this “in the coming months,” but us Canadians are the first to taste LTE speeds on the PlayBook.

The design is the same, 7-inches (resolution of 1024 x 600) with the black matted finish and the enhanced silver BlackBerry logo on the back. The main difference is inside – now only coming in a 32GB model and packing a 1.5GHz dual-core processor, plus LTE connectivity (average speeds are between 12 and 25 Mbps) and HSPA+. The rest of the specs are familiar to the Wi-Fi version: PlayBook OS 2.0, 1GB RAM, 5MP rear camera that captures 1080p HD videos, 3MP front-facing camera, HDMI port, 4800 mAh battery and overall dimensions are 130 x 193 x 9.7mm with a weight of 425 grams.

As expected, the price is a bit higher that the current Wi-Fi only tablet, which can be had for as low as $179 (16GB version). The 32GB LTE BlackBerry PlayBook costs $550 outright, or drops to $350 on a 3-year contract. Our quick hands-on will be up shortly.