Temple Run has been downloaded over 100 million times 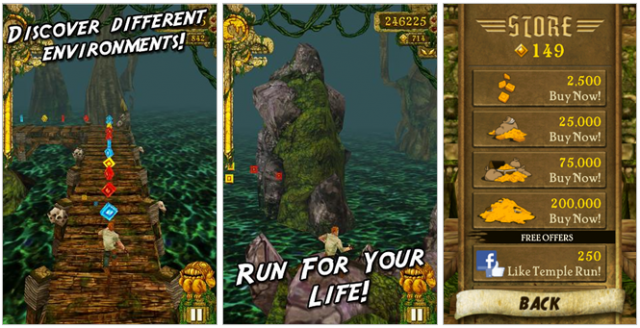 Imangi Studios’ widely popular Temple Run is available for free on iOS, Android and via Amazon and they’ve announced crossing over the 100 million download mark. To celebrate this news they’ve created an infographic that showcases some popular feats, such as 68% of the downloads are from iOS, followed by Google Play with 30%, and Amazon with 2%. In addition, although Canada is not on the list, Singapore has the most downloads with 20%, followed by the United States at 13%. In total Temple Run users have spent 54,000 years playing the game.

Check out the full infographic below.