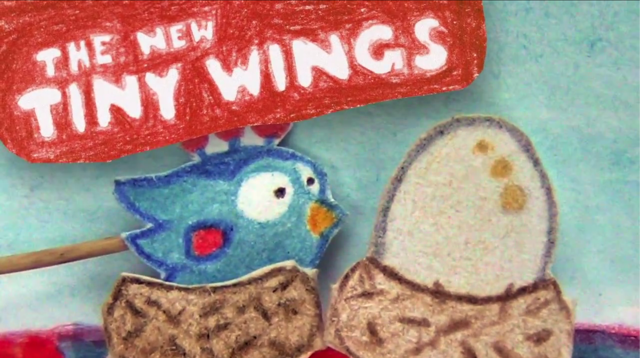 One of the best games ever released (in my humble opinion) for iOS is getting a sequel next week. Tiny Wings, a bird-based platformer that has nothing to do with Angry Birds, rose quickly to the top of the App Store with its one-touch addictive gameplay.

Nothing else is known about the sequel other than, well, it may have a second character to play with. We’re sure that the gameplay remans somewhat untouched, though it will need to be diverse enough to convince users of the first game to pay again. Tiny Wings is available in the App Store for 99c, but we can imagine that it may be free-to-play with in-app purchases.

Tiny Wings 2 will be available on Thursday, July 12th. We’ll update this post when it becomes available. Hit after the break for a teaser video.