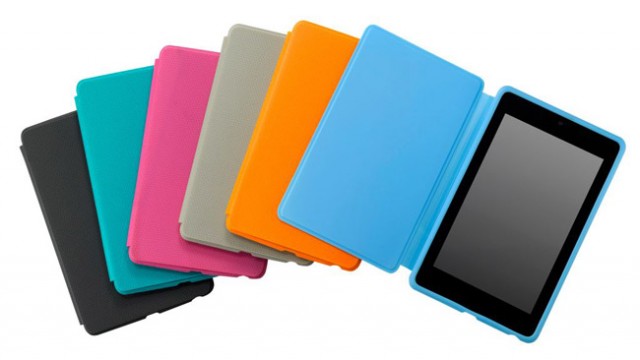 ASUS has made no bones about how little margin it is earning from the Nexus 7. They couldn’t even manage to keep a rear camera in the mix in an effort to keep the price below $200. Well, as margins go, device covers are some of the most profitable, so it makes sense that ASUS is ready to outfit its economical slate with some fancy-coloured overalls.

Expected to arrive in six neon-ish colours, including blue, teal, pink, orange, grey and black, the covers attach to the rear of the tablet and have a swinging front cover that tucks behind when not in use. At this point we’re not sure when they’ll be released nor do we know the price, but they should be available shortly after the Nexus 7’s July 23rd release date.