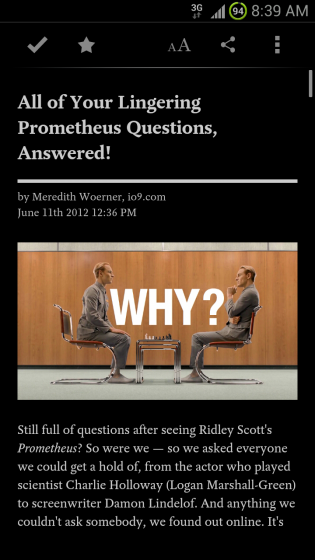 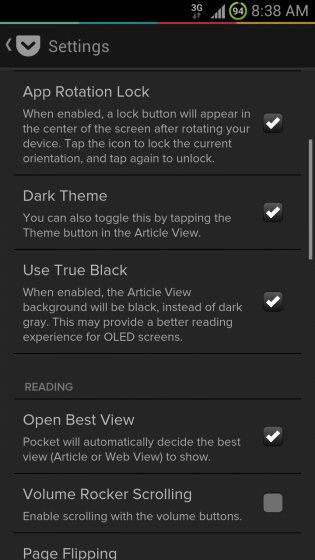 Pocket for Android, formerly Read it Later, debuted in April to great acclaim, mostly because its rebrand resulted in a clean, usable app across both iOS and Android —  and it went free.

Since then, the Pocket team has been rolling out Android updates to ensure the experience is the best between the three behemoth services: itself, Instapaper and Readability. The recent Instapaper update brought full-page viewing and fixed a number of bugs, but Pocket is still far more feature-filled.

Pocket now supports a “true black” mode for AMOLED screens which turns the pixels off entirely, resulting in longer battery life and a more pleasant overall reading experience. I tried it on the Galaxy S III and it worked very, very well.

The app also consolidated the toolbar so it takes up less room when you’re reading an article. But perhaps the best fix brought to the table is compatibility for smaller tablets such as the HTC Flyer.