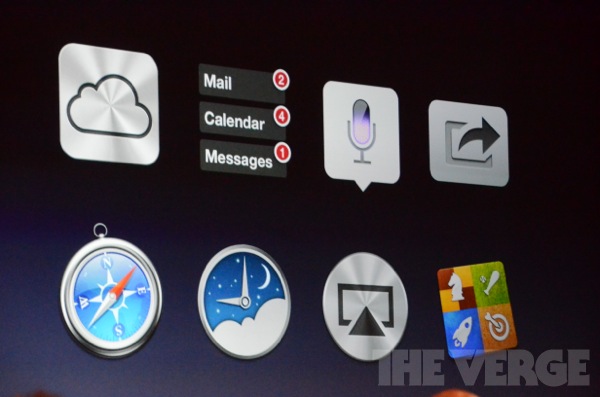 The differences between iOS and OS X got a bit smaller today as Apple detailed a few of the upcoming features in Mountain Lion, coming later this summer.

Mainly the company has integrated Notification Center and Messages, two system-wide apps that play out very much like their iOS counterparts. When receiving an iMessage on your iPhone, iPad or iPod Touch you will now see the same message on your Mac. It syncs between devices, too, so you won’t receive duplicates, though the beta had a few issues with that.

And due to the new sandboxing requirement in OS X, apps need to explicitly be able to share with one another, again much like iOS. Apple is clearly moving away from the anything-goes Windows interaction method in Windows or former versions of its own OS in order to ensure top-level security.

For users of iPhones and iPads, however, the new OS X features will allow for tab syncing in Safari and document syncing through iCloud. This in addition to Photo Stream, which was built into versions of iPhoto and Aperture earlier this year.

A new system-wide Voice Dictation button is present, too, which will work well on the dual-microphone Retina MacBook Pros. Finally, AirPlay Mirroring is finally coming to OS X, which is a feature much-lauded in Apple TV. Same with Game Center, which is being ported over to the PC from iOS.

The differences between iOS, OS X and Apple TV are getting fewer with every iteration. We’re sure that Apple has some plan for total code sharing down the road, but in the meantime it underlines how the immense success of iOS has influenced the overall culture at Apple, for better or worse.