Siri for iPad rumoured to launch with iOS 6 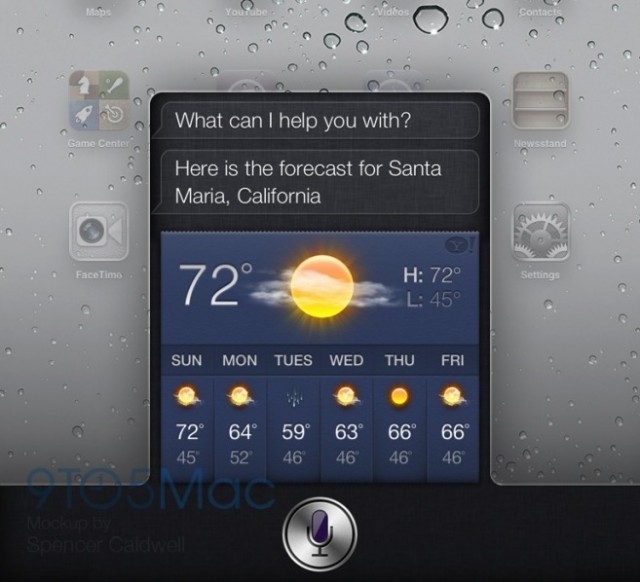 Siri, Apple’s voice assistant, is currently limited to the iPhone 4S but rumours have it potentially coming this fall to the iPad with the iOS 6 upgrade. 9to5Mac reports that when it arrives on the iPad it’ll have all the same features, such as music playback, iMessaging, Calendar managing, Reminders, weather, Maps integration, but clearly missing the phone features. Another similarity is that Siri will not take up the entire display like it does on the iPhone, but limited to a small pop-up window. However, Siri for iPad apparently works from the lock screen and can be accessed by pressing the home button – a mock up has been designed of what it could potentially look like. It’s not certain if Apple will announce this at the upcoming WWDC on June 14th – it’s supposed to have “similar accuracy to the iPhone 4S.”