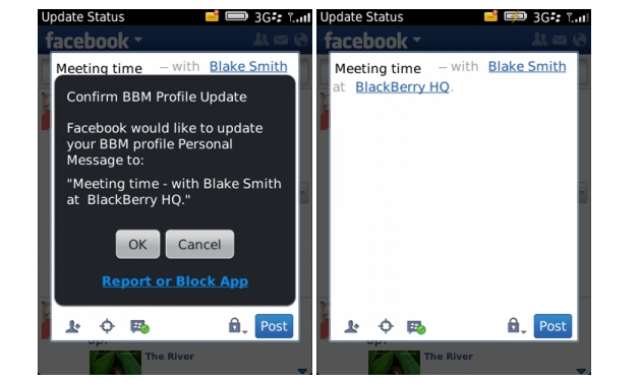 One of RIM’s prize possessions is their BlackBerry Messenger service, users are addicted to this and it’s one of the main reasons people stay loyal. Today RIM has announced that a number of popular apps will be getting upgraded to become BBM connected – giving users the ability to share, discover and chat with other BBM contacts within the app.

In addition, BBM will be getting bumped up to version v6.2 and will bring BlackBerry Tag integration (quickly send voice notes, easier way to update your profile and needs NFC and OS 7.1 to work), plus new animated avatars.

– BlackBerry Travel: Share your travel plans and flight changes directly with select BBM contacts or with your entire BBM community.

– BBM Music: Recommend friends right from within the BBM Music app itself, making it easier for you to connect and expand your music collection.