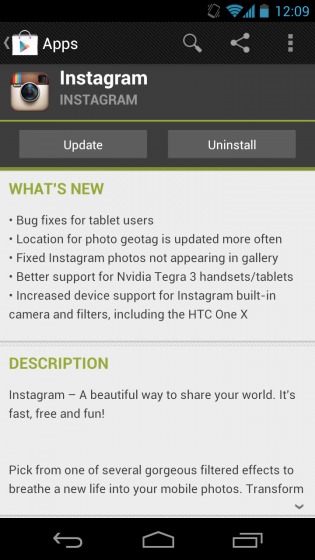 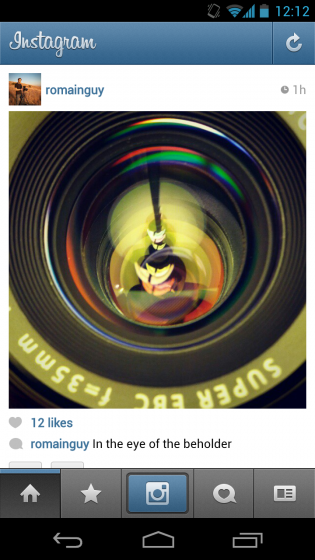 Instagram for Android has seen over 5 million downloads and been updated four times since its release last week. One of the lingering issues it had was an incompatibility with Tegra 3 devices, namely the international version of the HTC One X. But Tegra 3 is going to be showing up in a lot more phones than just that one, including the LG Optimus 4X HD, so we’re happy to say that Instagram has fixed any outstanding problems with the newish Nvidia chipset.

The update also addresses lingering bugs for tablet users, and improvements to photo geotagging. Also squashed was that pesky issue around Instagram photos not showing up in the Android gallery. Mostly, however, the update just makes the app more robust on more devices, and that’s something we like to see.

Download the app from Google Play here
Via: The Verge