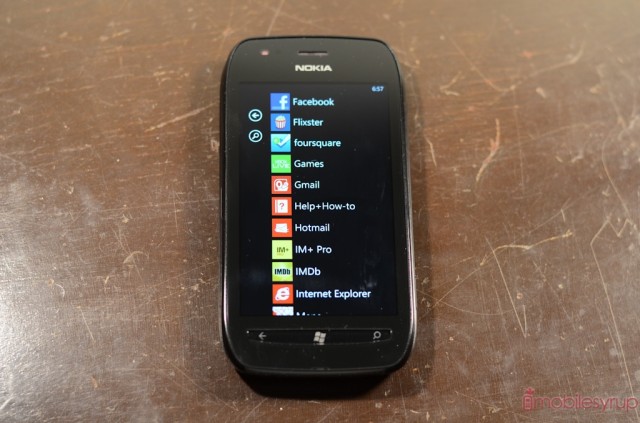 Nokia is not wasting any time unleashing its Windows Phone prowess in multiple markets, on many different price points. The upcoming Lumia 610 — which is to launch at Mobile World Congress alongside a couple Asha devices and Nokia’s last stand at a Symbian phone — is expected to be one of the first devices to launch with Windows Phone Tango, optimized for use in lower-spec hardware.

Tango has been outlined as a stop-gap between Mango and Apollo, and will allow for devices with lower-resolution screens, lower RAM counts and, well, cheaper hardware than Microsoft currently enforces. Currently OEMs must include at least a 1Ghz processor, multitouch screen with at least five touch points at 800×480 resolution, 512MB RAM and a dedicated shutter button.

We can’t imagine a device retailing for much lower than the Lumia 710, which sells for $255 outright on Rogers. However, if Nokia manages to break the $200 mark for the Lumia 610, it could be the first real competition Android manufacturers have had for their own low-end devices.