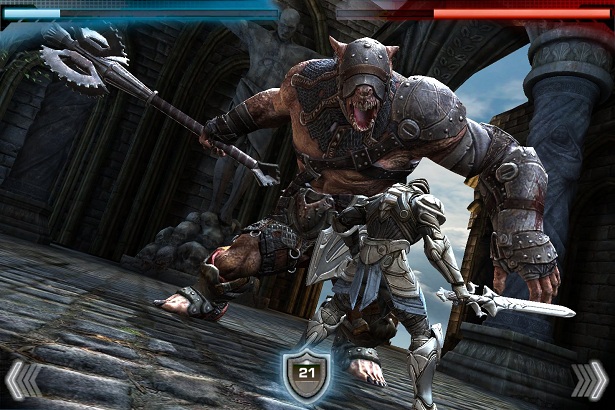 If anybody was in doubt of the gargantuan size of the mobile gaming market, Epic Games’ Infinity Blade series should lay them to rest.

According to a press release, between the Infinity Blade and its sequel, which was only released just over a month ago, the franchise has earned more than $30 million in revenue.

The original game, which debuted on the iPhone and iPad in December 2010, has garnered the vast majority of the revenue with $25 million, but Infinity Blade 2 has earned $5 million in just one month. An astounding figure for any mobile app, Infinity Blade 2 boasts some of the best graphics for a mobile game, powered by the Unreal 3 engine.

Infinity Blade 2 is currently available for $6.99 from the App Store, and is compatible with both the iPhone and iPad. Newer devices like the iPhone 4S and iPad 2 take advantage of the higher-quality textures and smoother frame rates provided by the engine.

While the game is fairly repetitive, it’s a wonderful tech demo for that shiny new Apple device, and a poster child for what is to come in the next few years of mobile gaming.