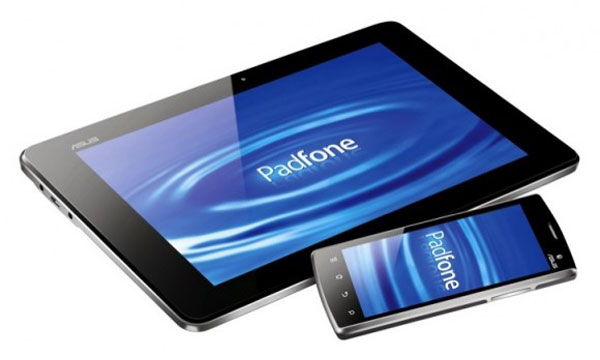 There are some things that just don’t want to be kept secret, and during a recording of the Engadget Podcast, one of the guests, Nicole Scott from netbooknews.com told listeners that everyone can expect the highly unusual and tablet-hiding Asus Padfone to finally become available early 2012.

For those who don’t remember, and we don’t blame you if you don’t, the Padfone debuted in May 2011 at the same time as the yet-unseen tablet dock, and at the time was rumoured to have a Tegra 2 processor inside. Then, it changed to being a Qualcomm Snapdragon S4 chipset, but that’s been replaced with the quad-core Tegra 3 solution.

In all, when the Padfone does finally debut sometime next year, it will either be welcomed as a saviour of tablet solutions, or as a pretty cool gimmick. We’ll have to see it in action to decide for ourselves.