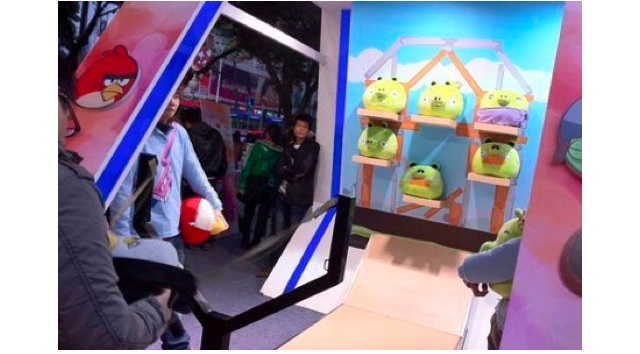 There is absolutely no doubt that Rovio’s Angry Birds is a success. It’s basically on every mobile platform possible (Windows Phone is coming late June) and it’s even coming to Facebook this summer. It’s had a movie partnership, plush toys and also appeared in commercials. Huge hit for the Finish game developer. At the Reuters Global Technology Summit in Paris Rovio’s CEO Mikael Hed said that Angry Birds has been downloaded over 200 million times and that the game is played globally 200 million minutes per day. Hed noted they are working on yet another Angry Birds game along with a completely different game is in the works too (hopefully they will not be a one-hit wonder).

The company just raised $42 million in funding and but is thinking about an IPO in 2-3 years… that’s all standard stuff when you have successful product that has gone global. However, here’s the more interesting part of the Rovio story. Apparently there has been the suggestion of building a Angry Birds theme park, similar to Disney World. Imagine what that would look like: roller coasters, people being flying around in the air, pigs everywhere. “Believe it or not, we have had such suggestions, and I believe Angry Birds Land was actually the name they used… Whether there will be a theme park dedicated to Angry Birds or not, I don’t know, but I would be surprised if within 10 years there wouldn’t be at least a theme park with something related to Angry Birds in it,” said Hed.