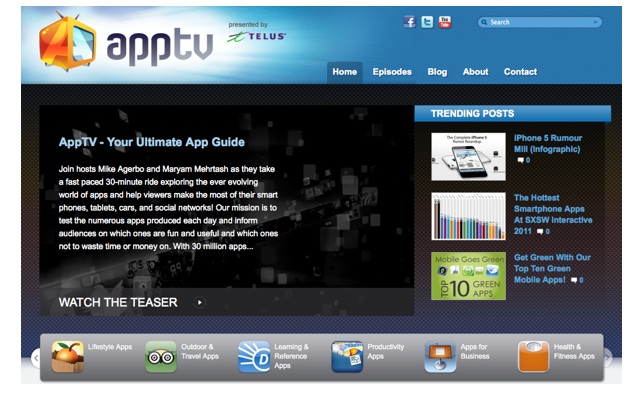 Vancouver-based Blink Media Works will be launching a new weekly show dedicated to apps called “AppTV”. This is pretty cool idea but almost need to be a daily show with all the new apps coming out (perhaps they’ll update the site on a daily basis). This program is sponsored by TELUS and is officially launching on April 2nd on THE CAVE, then airings on CHEK TV and SUN TV.

As for the specifics of the AppTV program, hosts Mike Agerbo and Maryam Mehrtash will not only follow the growth of the Canadian mobile app industry but also help you choose the right apps for your mobile OS. In addition, they’ll also show you tips and tricks on how to effectively use apps on various Smartphones. There is another cool aspect to AppTV as on occasion will interview app developers who became “instant app millionaires”.

Check it out here at AppTV