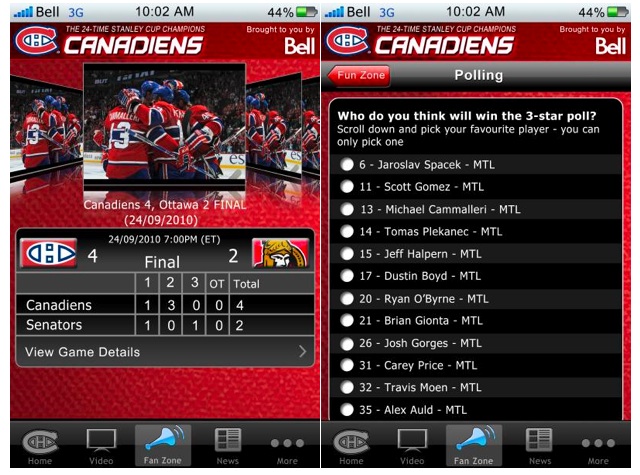 Bell is a minority owner in the Montreal Canadiens and they have now officially released a free mobile app that’s available for Android, BlackBerry, iOS devices. The app is specifically for the Canadiens and has standard features such as latest news, team stats and the ability to watch videos. Where it gets a bit more interesting is that fans can vote for the game’s three stars, exchange comments and videos with other fans. In addition, the app features something cool with you camera: “Bell customers can even instantly share their photos live on the Bell Centre big screen”.

The official page on the Bell website is down, but you’ll be able to find out more info here at bell.ca/canadiens
Via: CNW