Today was the deadline for the telecom players to submit their thoughts to Industry Minister Tony Clement regarding the CRTC’s decision that stated Globalive doesn’t meet Canadian ownership rules… essentially stalling their launch plans in offering Canadians a new national choice in wireless.

TELUS sent out a press release today and Michael Hennessy, TELUS senior VP of Regulatory and Government Affairs boldly said “Globalive’s ownership structure is simply not compliant with our country’s laws and the CRTC made the only decision it could under Canadian law… If the Government overturns the CRTC decision, it would render meaningless Canada’s laws on foreign ownership not just for wireless firms, but also for broadcasters, media, cable companies and wireline telecommunications firms that are governed by the same regulations.”

Hennessy continued “If our government decides to begin altering foreign ownership restrictions in the communications industry it should do so in a thoughtful and considered manner that is fair to all companies operating under the current rules. It would be wrong to allow the one foreign controlled firm that did not play by the rules to drive the terms and timelines for such massive changes to our laws.”

The release stated that he “urged Minister Clement to proceed with caution when considering the implications of the Globalive decision.” 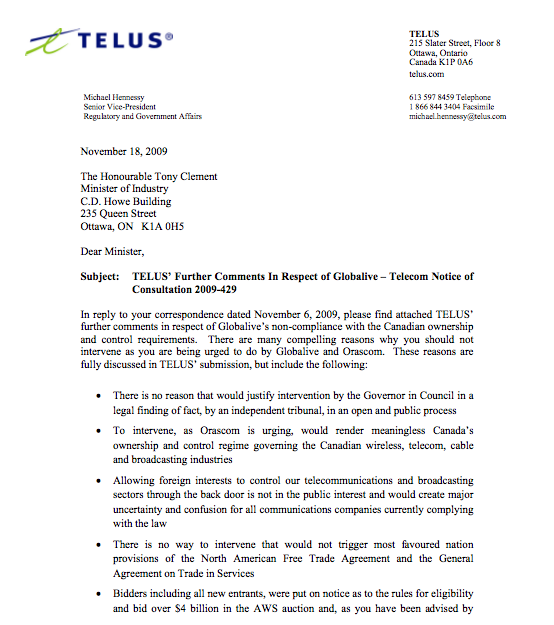 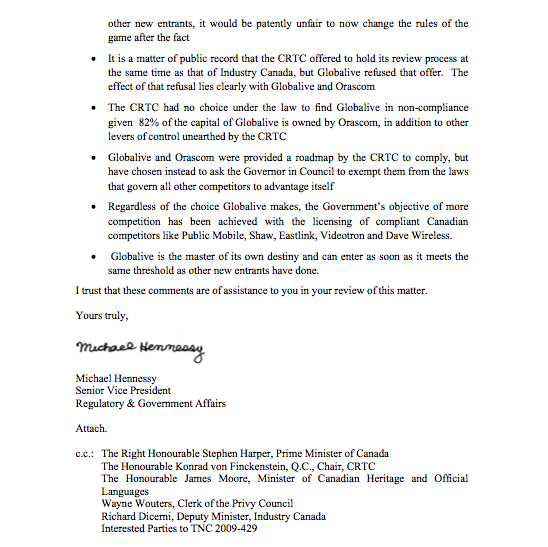