Poster of early prototype of the “inPulse” BlackBerry smartwatch 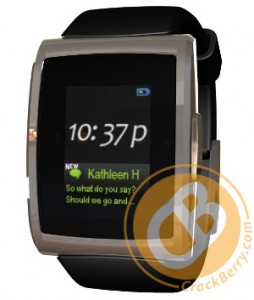 More developments have surfaced for the upcoming BlackBerry Smartwatch called “inPulse”. Earlier today we saw what the actual product might look like, must admit it looks pretty snazzy.

Check out the image below from a couple years ago from a Waterloo-based start-up company called Allerta created by Eric Migiovsky and Derek Smith. The description basically is everything that was mentioned earlier today about the upcoming BlackBerry watch: it’s designed to show you notifications and previews of messages arriving on your BlackBerry.

Originally they targeted to “enter production in Q2 ’09 with a target ship date in Q3”. What’s a few months off though… 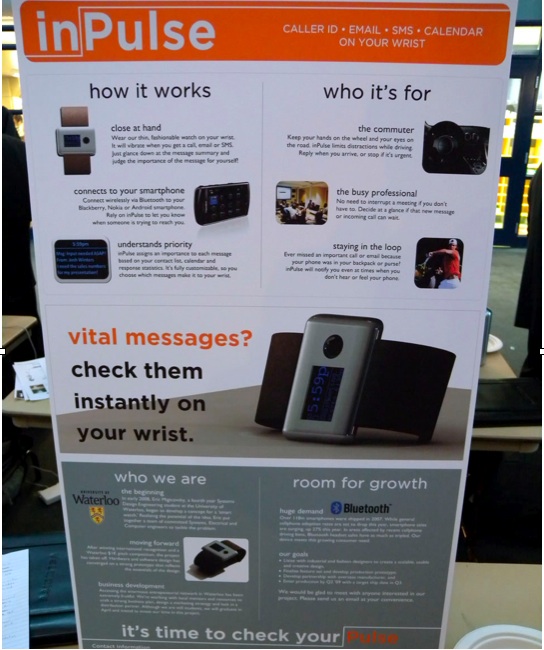