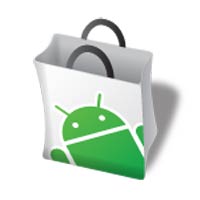 Rogers has issued another press release filled with statistics that show how the upcoming Android devices, the HTC Dream and Magic, will fit perfectly in their life. They say that as of May 15th there are over 3,200 available apps in the Android Market such as MySpace Mobile, ShopSavvy and Shazam.

The Android Market is Google’s version of the Apple AppStore.

In addition, part of the press release was a bit of education on what Android is. John Boynton, SVP and CMO candidly said “Innovation is part of our DNA at Rogers Wireless. Exclusively available through Rogers Wireless in Canada, the leading-edge Android-powered HTC Dream and HTC Magic will allow consumers to fully personalize their handsets with an expansive choice of apps in Android Market, when they launch in June.”

Read the full press release here:
May 20, 2009 – The Revolution is Coming…Android Market, With More Than 3200 Apps, is Coming to Canada Exclusively Through Rogers Wireless on June 2

TORONTO, May 20 /CNW/ – The Android Market, an open distribution channel for mobile applications (apps), is coming to Canada exclusively through Rogers Wireless with the launch of the HTC Dream(TM) and HTC Magic(TM) in June. Canadians will have a new store for all their wireless device apps shopping needs.

As of May 15, there were already more than 3200 apps available in Android Market, and that number is growing rapidly. The HTC Dream and HTC Magic smartphones, the first cellphones in Canada powered by the Android platform and featuring access to Android Market, will soon be available from Rogers Wireless and will be the first chance Canadians have to get Android Market at their fingertips.

“Innovation is part of our DNA at Rogers Wireless,” said John Boynton, Senior Vice President and Chief Marketing Officer, Rogers Wireless. “Exclusively available through Rogers Wireless in Canada, the leading-edge Android-powered HTC Dream and HTC Magic will allow consumers to fully personalize their handsets with an expansive choice of apps in Android Market, when they launch in June.”

A recent survey showed that Canadians want their smartphones their way and are flocking to application stores to customize their handsets. Polling conducted in May 2009 by Ipsos-Reid on behalf of Rogers Wireless showed one in four Canadian smartphone user has already downloaded a mobile application of their choice from an app store, with the average consumer downloading 19 apps in the past year. App stores are still fairly new for Canadians with survey data showing nearly one quarter of Canadian smartphone users already downloading from application stores after only one year of availability. With the introduction of Android Market via the HTC Dream and HTC Magic, Rogers Wireless customers now have access to each of the world’s leading app stores on a world-class line-up of 3G mobile devices that offer customers an outstanding wireless internet browsing experience.

The same survey showed that of wirelessly connected Canadians accessing the web from their mobile devices, 70 per cent are using personal email, and nearly one in three are using search and maps. Android’s integration with a wide range of Google(TM) mobile applications, including Google Search(TM), Google Maps(TM), Gmail(TM) and more, means Canadians can get their favourite tools instantly from apps located directly on their devices.

Apps For All Occasions
Have you ever heard a song on the radio and wondered who sings it? Or seen a pair of jeans in a store and wondered if they were too expensive? Now with apps from Android Market you can.

A few of the highly popular apps already available in Android Market include:

Shazam
What’s that tune? By opening the Shazam app you can hold your phone to any speaker and it will identify the music tracks. You can store them, buy them – even learn more about the artist by connecting directly though to their MySpace page.

ShopSavvy
A personal shopper in your pocket. Open the ShopSavvy application and scan the barcode of that t-shirt or tennis racquet and the app will automatically search the web and nearby stores for a better price.

PicSay
Picture this – an award winning photo editor right inside your smartphone. An intuitive and easy-to-use program, PicSay lets you colour-correct photos and add titles, graphics and effects to your pics right from your handset.

MySpace Mobile for Android
Can’t wait to see what your friends are up to, or show them what you’re doing? Android Market has apps to keep you connected to your favourite social networks, such as MySpace.

Both the HTC Dream and HTC Magic run on Rogers’ 3.5G, 7.2 Mbps High-Speed Packet Access (HSPA) network, twice as fast as any other network in Canada. On the 7.2 HSPA network, customers achieve wireless download speeds similar to standard broadband connections, giving them the only true mobile broadband experience in the country today. With the added speed of the 3.5G network, Canadians can download their favourite apps faster than ever before.

Rogers will release additional details of the launch soon. In the meantime, customers can join the revolution by signing up for more information at rogers.com/revolution.