It costs $15/mo in Canada, the same as on iOS and more than subscribing through the web 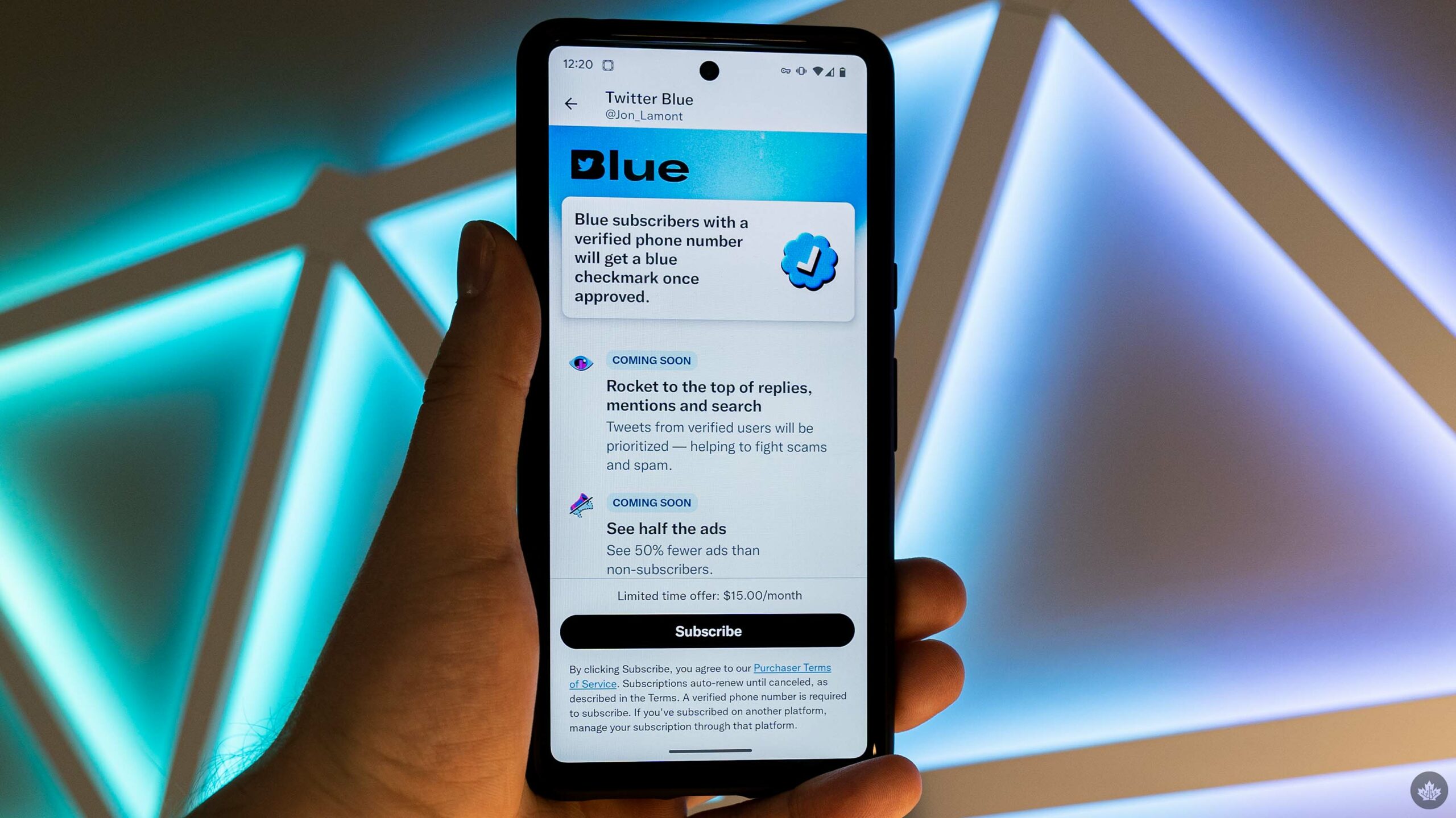 Over a month after Twitter relaunched its Blue subscription on iOS and the web, Android users now have the privilege of overpaying for a blue checkmark.

Unfortunately, Blue’s benefits remain scarce for subscribers. Aside from the Blue checkmark, Blue’s other benefits — like reduced ads — are listed as coming soon. Twitter’s Blue page also lists the priority feature as coming soon, despite it rolling out a couple days before Christmas.

To subscribe to Twitter Blue on Android, open the app and tap your profile icon in the top-left corner. Then tap ‘Twitter Blue,’ and tap ‘Subscribe,’ then follow the steps to pay through Google’s in-app payment system. With tax, you’ll end up paying $16.95/mo.

However, if Blue is really something you want to pay for, you’d be better off subscribing through the Twitter website and paying annually. So far, that’s the absolute cheapest way to get Blue.