It's another iterative spec bump for the Surface Laptop line 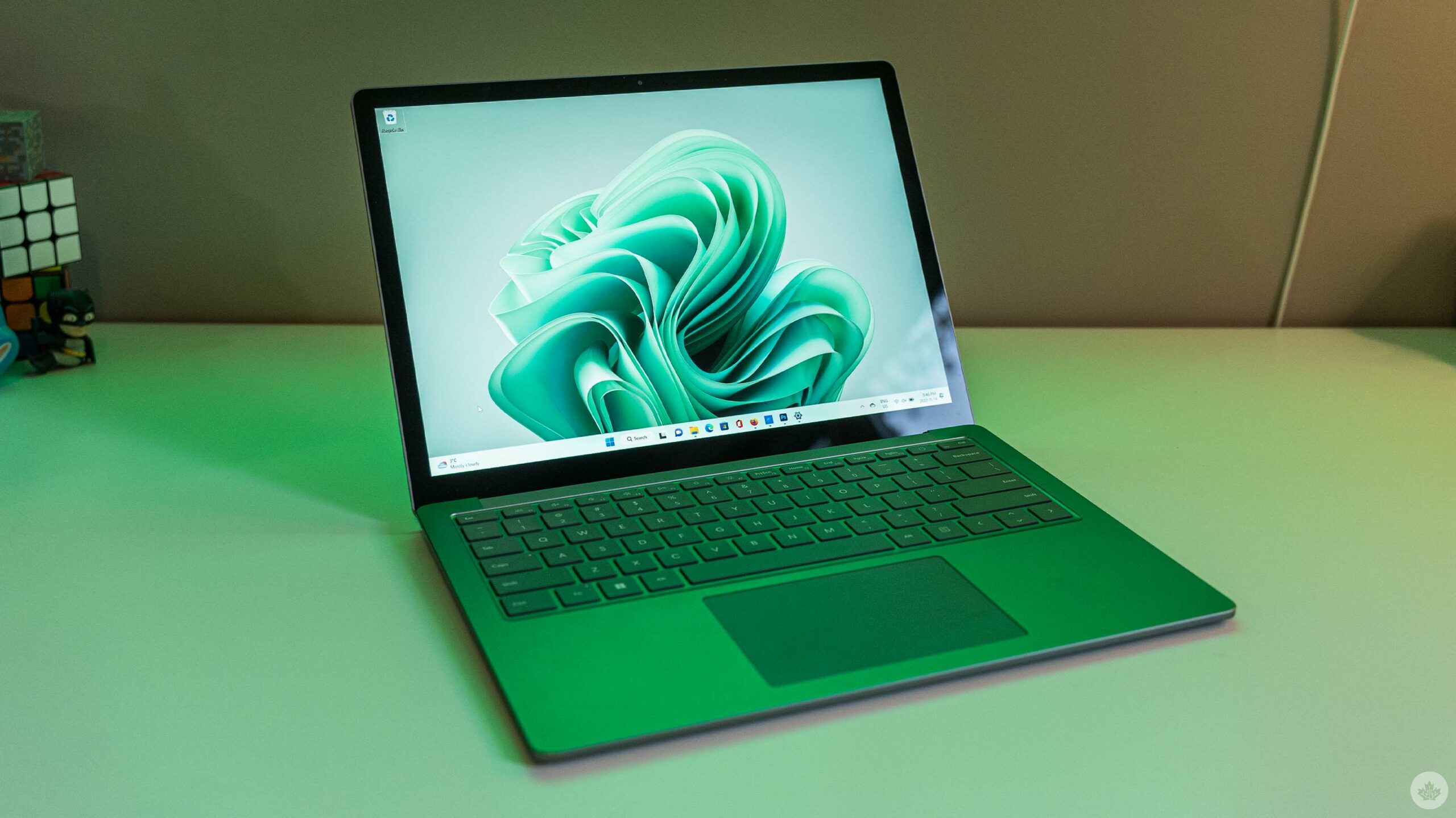 That’s not necessarily a bad thing, of course. The Surface Laptop series already offered some of the best designs and hardware of all Windows laptops – that hasn’t changed with the Laptop 5. At the same time, it’s growing more clear where Microsoft could make improvements to the Surface Laptop line to modernize the hardware (most of which could be done without significantly altering the hardware).

So with all that said, let’s dig into the Surface Laptop 5 and look at what’s new, what hasn’t changed, and what Microsoft should upgrade for the Laptop 6. 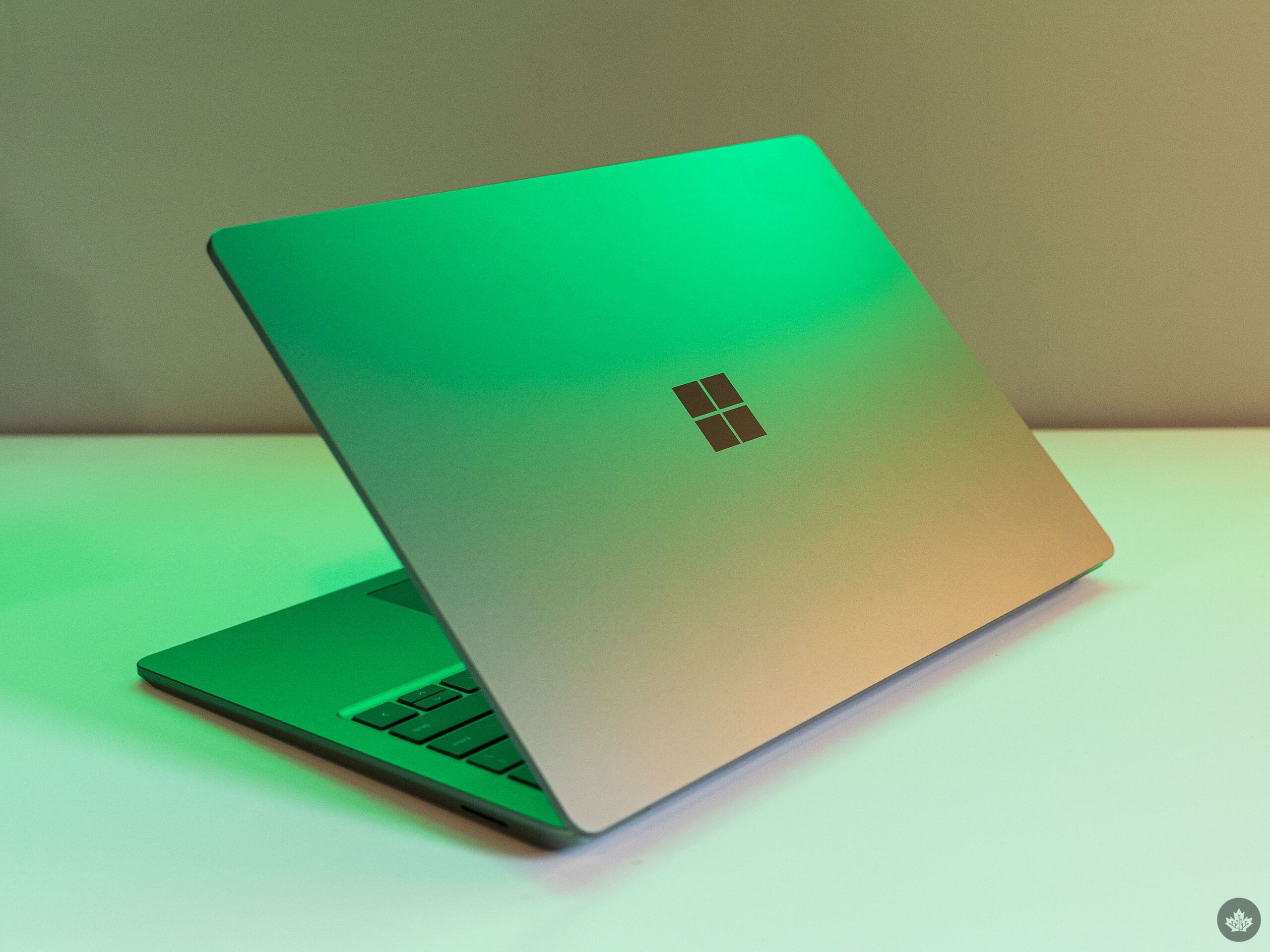 Note: The specs above are for the specific Surface Laptop 5 model I tested. You can find a full breakdown of specs for both the 13.5- and 15-inch models here.

You’ve seen this before 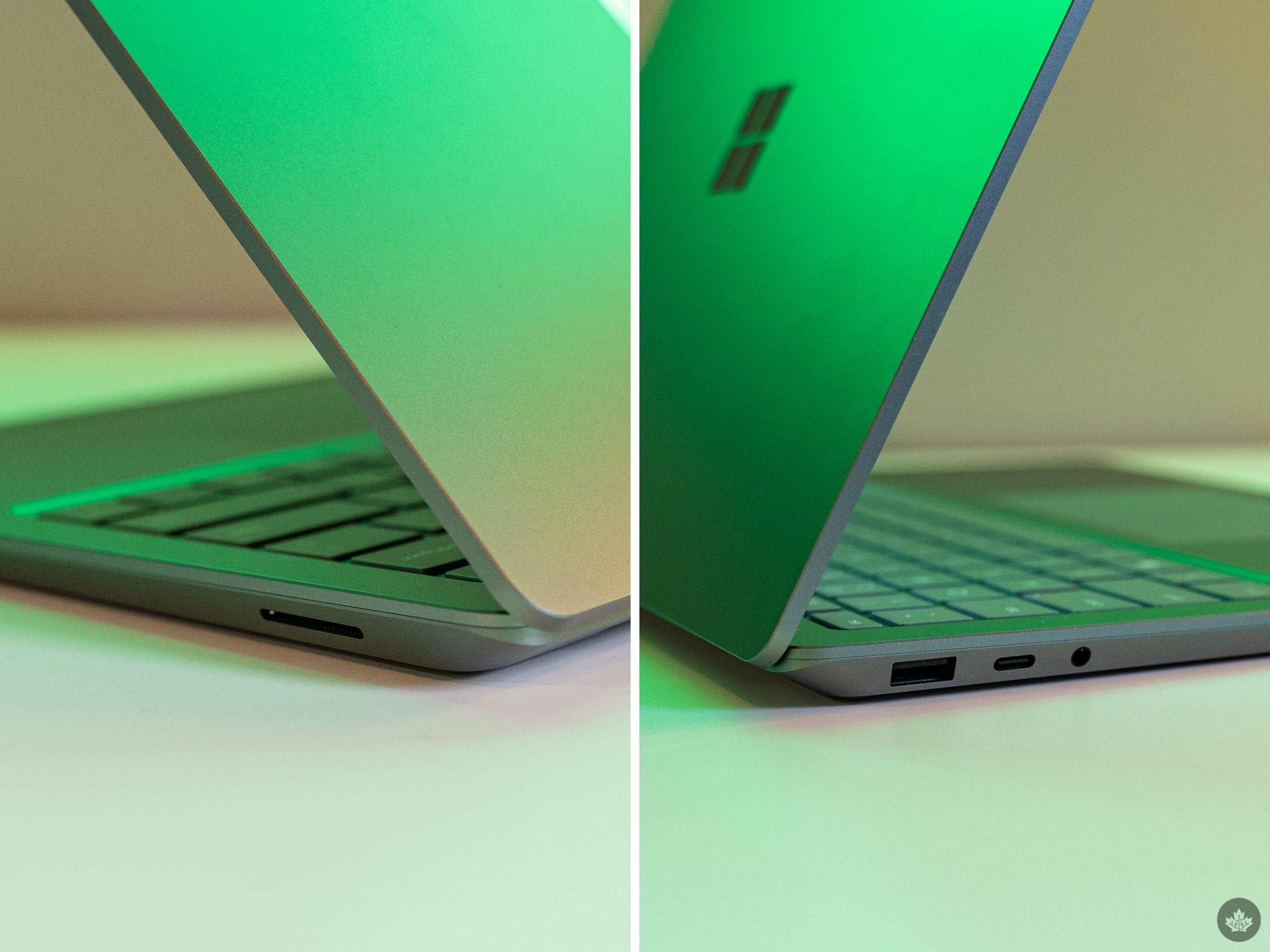 The Surface Laptop 5 looks like the Laptop 4, which looked like the Laptop 3. Not much has changed and, unless you pick up the excellent new ‘Sage’ colourway (which is what I tested for this review), there’s nothing visually different about the Laptop 5 from its predecessors. Along with ‘Sage,’ the other colours are ‘Platinum’ (which includes the Alcantara palm rest), ‘Matte Black’ and ‘Sandstone.’

Like previous models, the Surface Laptop 5 comes in two sizes, 13.5-inch and 15-inch. The 15-inch only comes in ‘Platinum’ (metal instead of Alcantara) and ‘Matte Black,’ however. Notably, the 15-inch Surface Laptop 5 doesn’t have an AMD Ryzen chip this year, instead only offering the 12th Gen Intel Core i7-1255U CPU and various RAM and storage configurations ranging from 8GB/256GB at the entry-level to 16GB/512GB at the high end.

The 13.5-inch Laptop 5 does offer some variants with the 12th Gen Core i5-1235U alongside more expensive versions with the same i7-1255U as the 15-inch. (An odd aside, my review Laptop 5 lists its CPU as the i7-1265U, not the i7-1255U it should have, according to Microsoft’s website. I’ve reached out to Microsoft to clarify these details, but the company did not respond ahead of publication.) 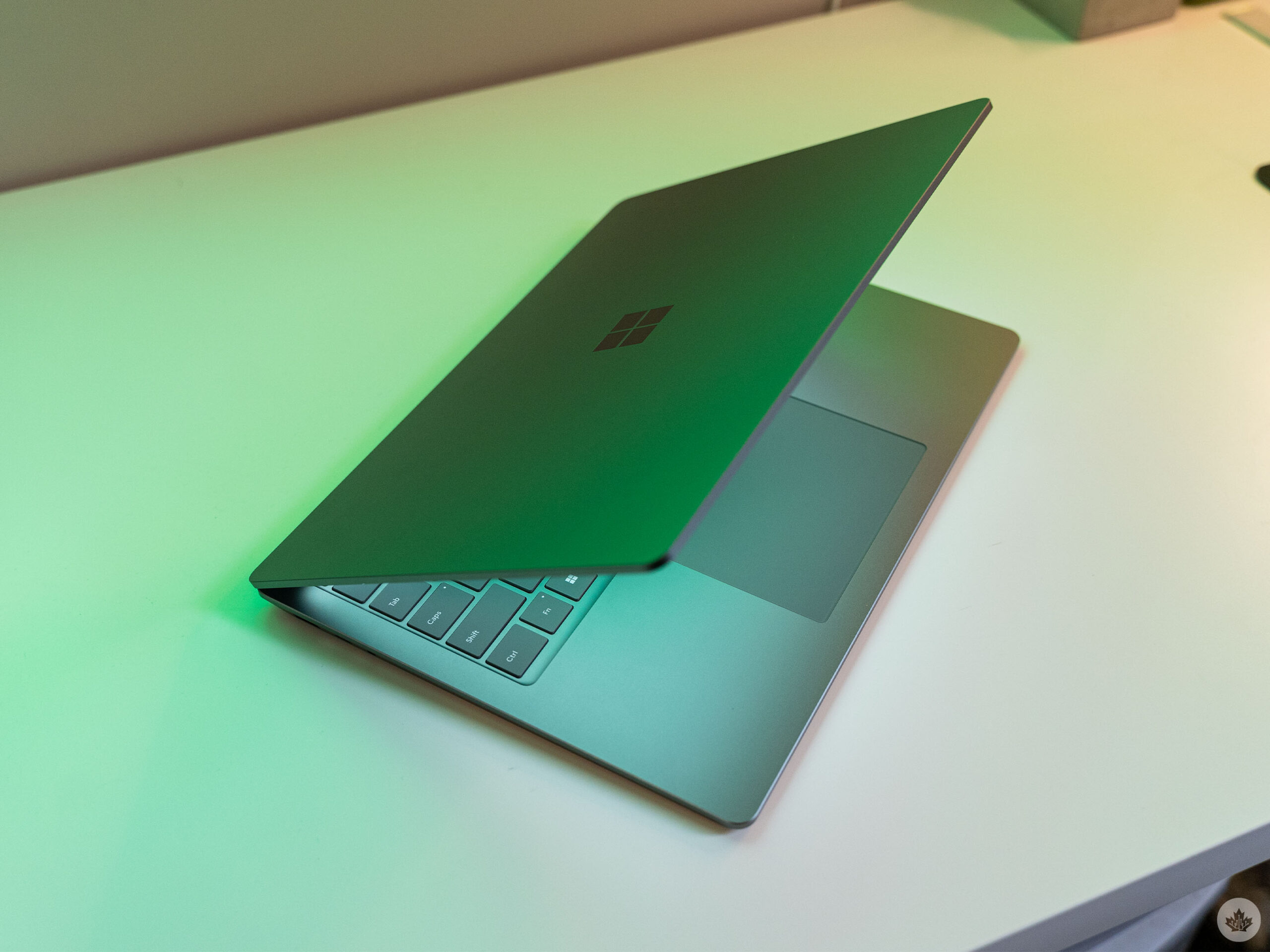 Microsoft’s decision to go all-in on Intel chips with the Surface Laptop 5 this time around is particularly interesting, especially given that the 12th Gen Intel Core i7 in my review unit didn’t significantly outperform the AMD Ryzen 7 4980U from the Surface Laptop 4 I tested.

Unfortunately, I haven’t tested an Intel-powered Surface Laptop 4, so I can’t say how the Laptop 5 has improved, but I did test a Surface Pro 8 with the 11th Gen Intel Core i7-1185G7. That’s the same i7 chip available in the 13.5-inch Surface Laptop 4 and, theoretically, should have similar performance.

The good news is the 12th Gen i7 in my Surface Laptop 5 outperformed the 11th Gen i7 in the Surface Pro 8. That’s expected, but it’s good to see it confirmed in tests. That should mean anyone sporting an Intel-powered Laptop 4 would get some performance uplift moving to the Surface Laptop 5, although I’d argue it’s not enough to warrant the upgrade.

As for those with a Surface Laptop 4 sporting the Ryzen 7 4980U, it’d be more of a lateral move. In some tests, the 12th Gen i7 in the Laptop 5 outperformed the 4980U while in other tests, like Cinebench, the 4980U remained king.

Plus, even with the Intel Xe graphics, the Laptop 5 isn’t really intended for gaming and you shouldn’t expect it to fill that role.

Keep it plugged in for the best performance 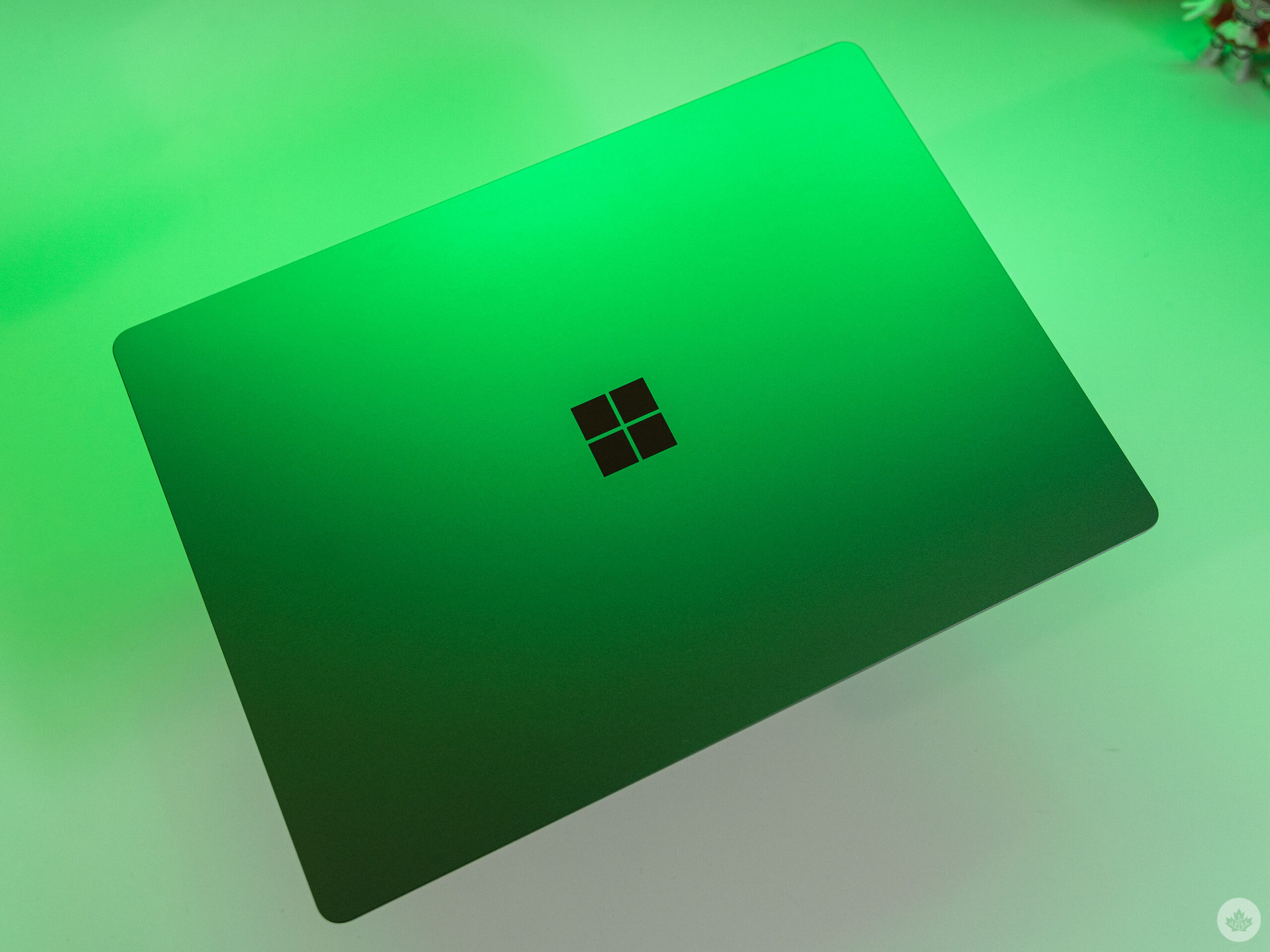 Of course, benchmarks are just one part of the story. In real-world use, the Surface Laptop 5 handled just about everything I threw at it with ease. Similar to the Pro 9, I ran the Laptop 5 as my daily driver for several days of work, which involved running a ton of Firefox tabs, Photoshop, streaming music, and more. I noticed some stuttering when I connected the laptop to an external display over USB-C, but beyond that, performance was fairly reliable.

I also typically ran the Laptop 5 in the ‘Best Performance’ mode when plugged in to eke out extra power. On battery, I kept it on the ‘Recommended’ setting since, like past Surface Laptops, this one continues the trend of limiting performance to extend battery life. I had thought the AMD Surface Laptops were bad for throttling performance, but the Laptop 5 throttles just as much. In my tests, the Surface Laptop 5 performed almost half as well when running on battery.

The upside, however, is that the laptop didn’t feel significantly slower on battery, even with the reduced performance. That is one note in the Laptop 5’s favour, since the AMD-powered Laptop 4 felt noticeably worse when running on battery.

Speaking of battery, the Surface Laptop 5 plummeted about 40 percent over about 2.5 hours of regular use (which mostly included writing in a Google Doc with about 20 browser tabs open and editing a picture in Photoshop). You could likely extend the battery life with lighter usage, but battery remains one of the weaker points on this laptop. 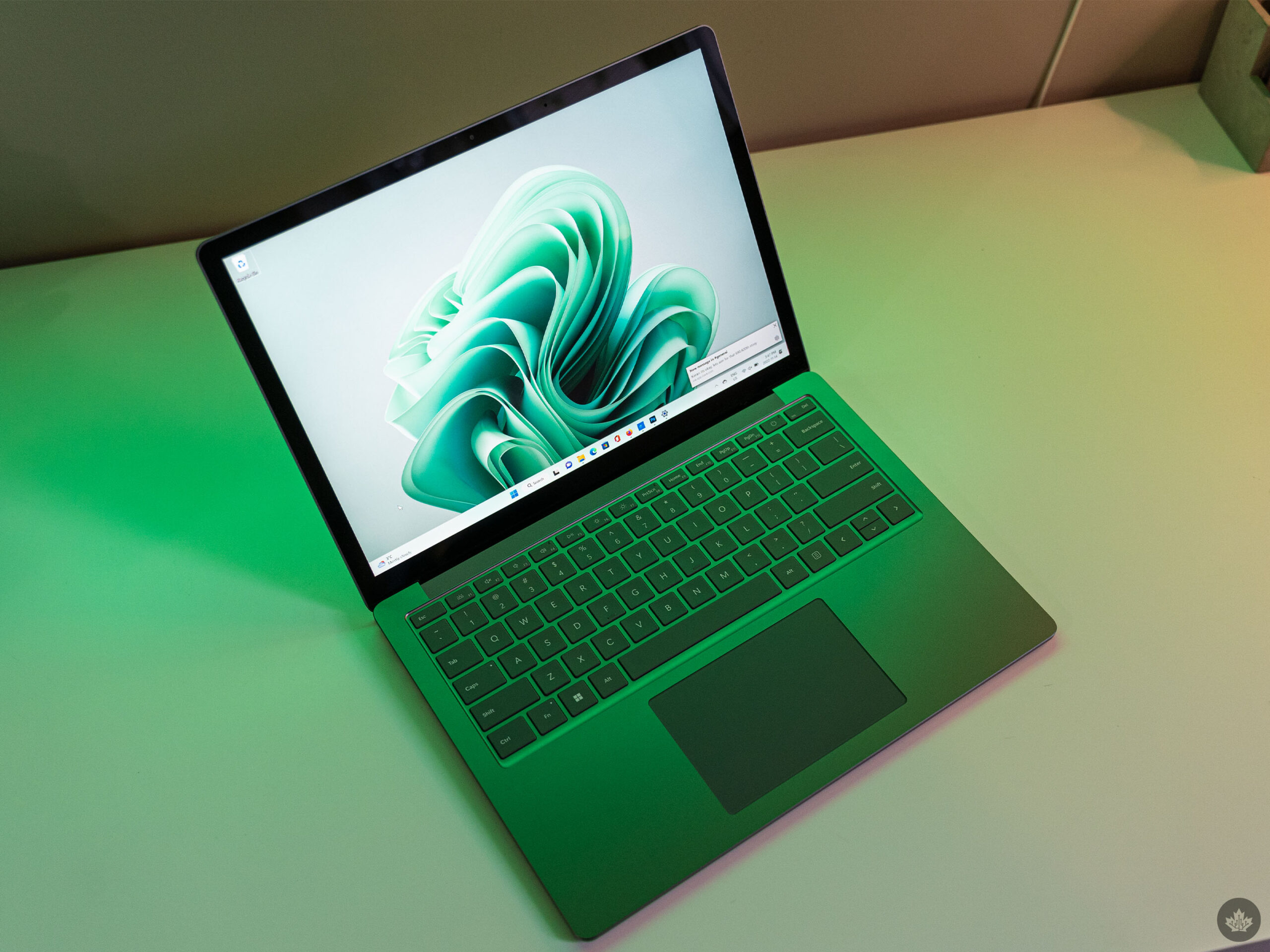 I really appreciate finally getting to test a 13.5-inch Surface Laptop. The past few Surface Laptops I tested were the larger 15-inch versions, but I tend to prefer smaller laptops since they’re lighter and easier to carry around. However, I was surprised by how big the 13.5-inch Laptop 5 is, especially compared to other Windows laptops with similar screen sizes, but which have much smaller bodies.

There are two main reasons for the size discrepancy. First, the Surface Laptop line uses a 3:2 aspect ratio for the display, which means it’s taller than the 16:9 and 16:10 displays you typically find on Windows laptops. The extra height is a nice bonus, however, especially for people like me who spend most of their day working in text documents.

While I don’t mind having a larger laptop footprint for the benefits of a 3:2 display, it’s worth noting that Microsoft could trim the bezels on the Laptop 5 significantly. With the right approach, the Surface Laptop 5 could fit a larger display into the same footprint, or even shrink the size of its laptops without significantly reducing the display size just by trimming the bezels.

Ultimately, the size of the bezels on the Laptop 5 are a minor complaint. They don’t adversely affect the laptop beyond making it look slightly dated.

Moreover, the display still looks excellent. My only real complaint here is the lack of a high refresh rate. It’s a real bummer that Microsoft put a 120Hz refresh rate on the Surface Pro 9 but not the Surface Laptop 5. 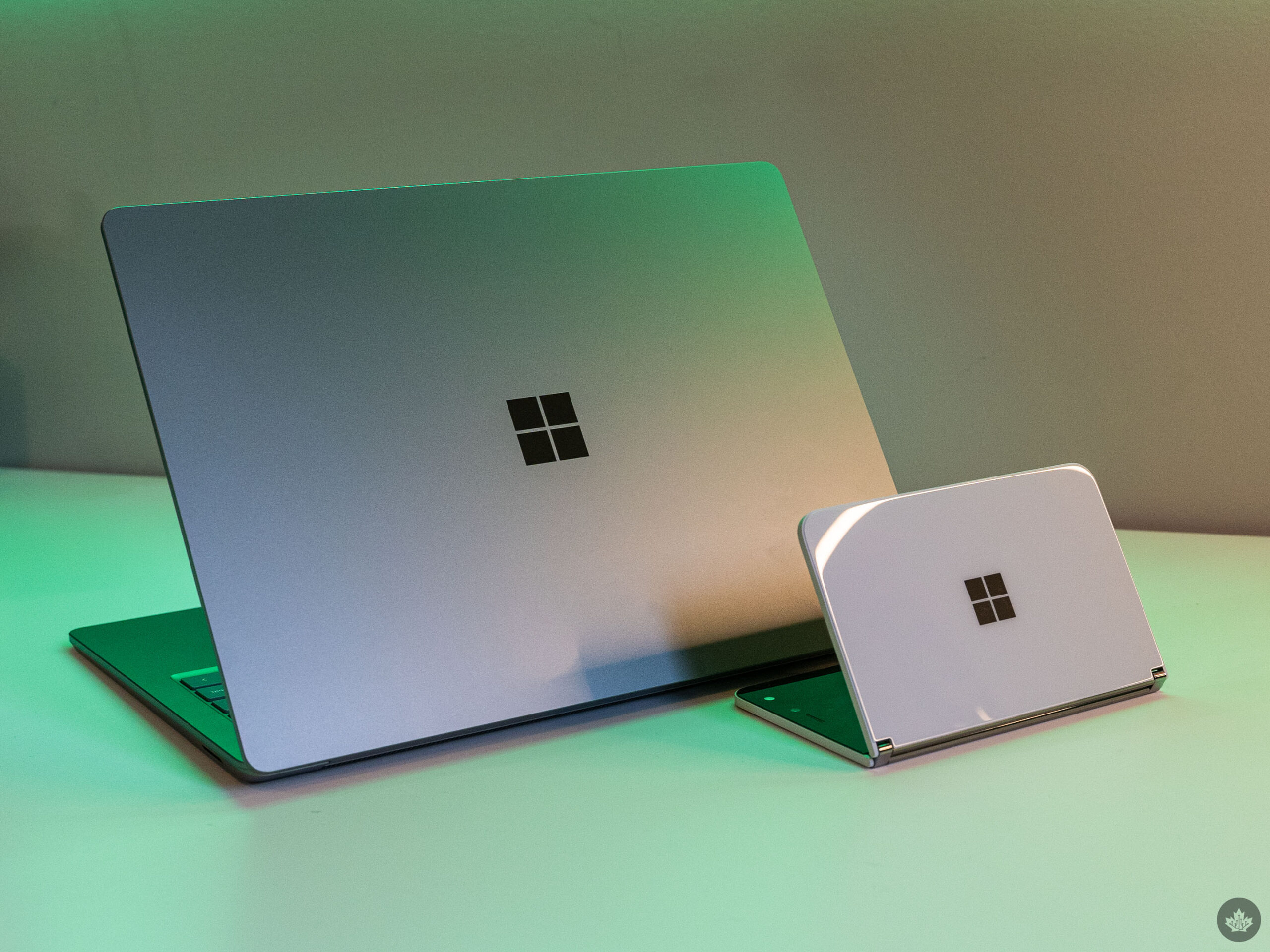 Don't talk to me or my son ever again.

Beyond that, there’s not much else to say about the Surface Laptop 5. The keyboard is still killer, and the trackpad remains good, although it could be a bit larger. The speakers sound good as well, although I prefer to use headphones whenever I need to listen to music or watch a video.

Like with previous Surface Laptops, the port situation is disappointing. There’s a Surface Connect port, which is Microsoft’s proprietary magnetic charger. On one hand, I like the Surface Connect port and it’s very satisfying to connect and disconnect the magnetic charger. On the other, just about everything has moved to USB-C now – I ended up not even taking the Laptop 5’s charger out of the box because I mainly used a USB-C cable for charging off the doc station I have at my desk, which conveniently lets me connect an external monitor too.

Microsoft does still include an old USB-A port, which is nice on the rare occasion I need one. Unfortunately, that’s it aside from the 3.5mm headphone jack. Three ports just doesn’t feel like enough, and I’d happily trade the Surface Connect port for another USB-C port.

Windows Hello remains a great option for unlocking the laptop, although as someone who still regularly wears a mask, it makes using the Laptop 5 a little more challenging when working on the go. It’d be nice to have a fingerprint unlock option as well for the times when I can’t use my face. 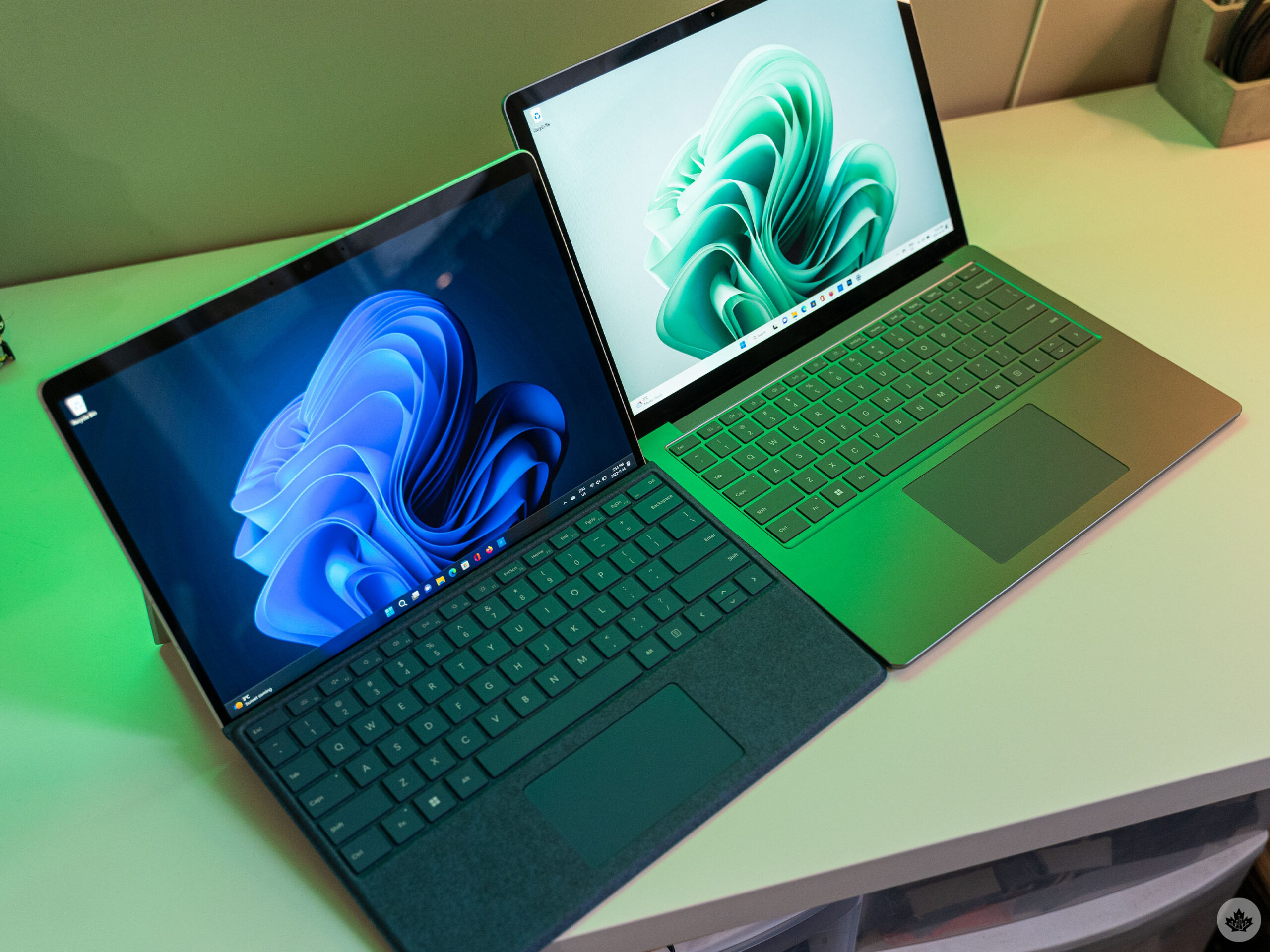 That puts the Surface Laptop 5 on the higher end – a quick search of laptops on Best Buy with similar specs to the Laptop 5 I reviewed revealed options ranging from about $900 to $2,000 or sometimes more. I bring this up mainly to point out that if the main thing you care about is the internal hardware, you can save a decent chunk of money going with other manufacturers like HP, Dell, Acer, and more. As an example, this HP laptop sports the same internal specs as the Surface Laptop 5, double the SSD storage and a 15.6-inch display for $1,149.99 (and it’s even on sale until November 24th for $999.99). Is the hardware as nice as what you’d get with the Surface Laptop 5? No. But for about $1,000 less, that might be a worthwhile trade-off for many.

Still one of the best

Ultimately, the Surface Laptop 5 still holds its place among premium Windows laptops. With excellent hardware and build quality, the Laptop 5 is an all-around excellent experience. It’s not perfect, and as mentioned above, improvements like slimmer bezels, a 120Hz display, and better battery life could go a long way to improving the overall experience.

As always, those who don’t care for a premium hardware experience can find options from other PC manufacturers that meet the same levels of performance for less. It’s easy to argue that the Surface Laptop 5 is too expensive for what it offers, but in terms of quality, you get what you pay for.

The Surface Laptop 5 remains one of the best premium Windows laptops even as it shows its age.