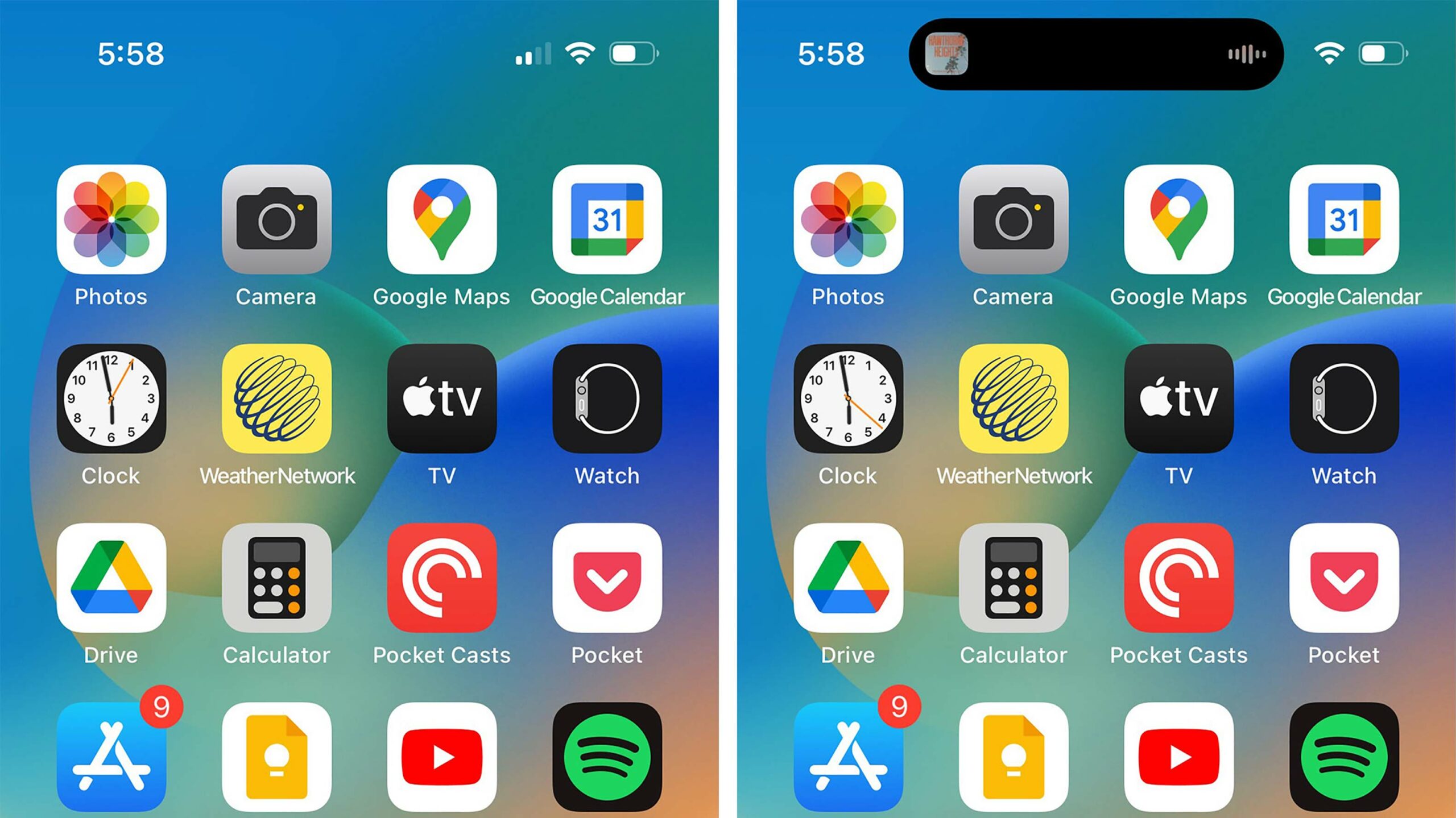 During Apple’s big September iPhone event last week, the company touted the ‘Dynamic Island’ as one of the biggest new features of the iPhone 14 Pro.

It replaces the notch with a small pill that houses alerts and specific locations in one interactive location that morphs depending on whichever app or feature you’re using, such as phone calls, music, timers and more.

However, we’re now learning that you won’t always be able to see it, even in screenshots. As first spotted by MacRumors, Dynamic Island is only visible in iPhone 14 Pro screenshots when being used by apps or when the camera/microphone dots are active. In these instances, you’ll see the entire Dynamic Island, including whichever app is in use.

As an example of this, see the above header image, with the right screenshot prominently showing Dynamic Island as the Music app is in use. By comparison, Dynamic Island isn’t displayed in the left image, as the iPhone 14 Pro doesn’t have an app in use.

Of course, this is just one of several elements of the iPhone 14 Pro. A comprehensive breakdown of the handset can be found in our review. The phone itself launches on September 16th.