Giga Bowser would be proud 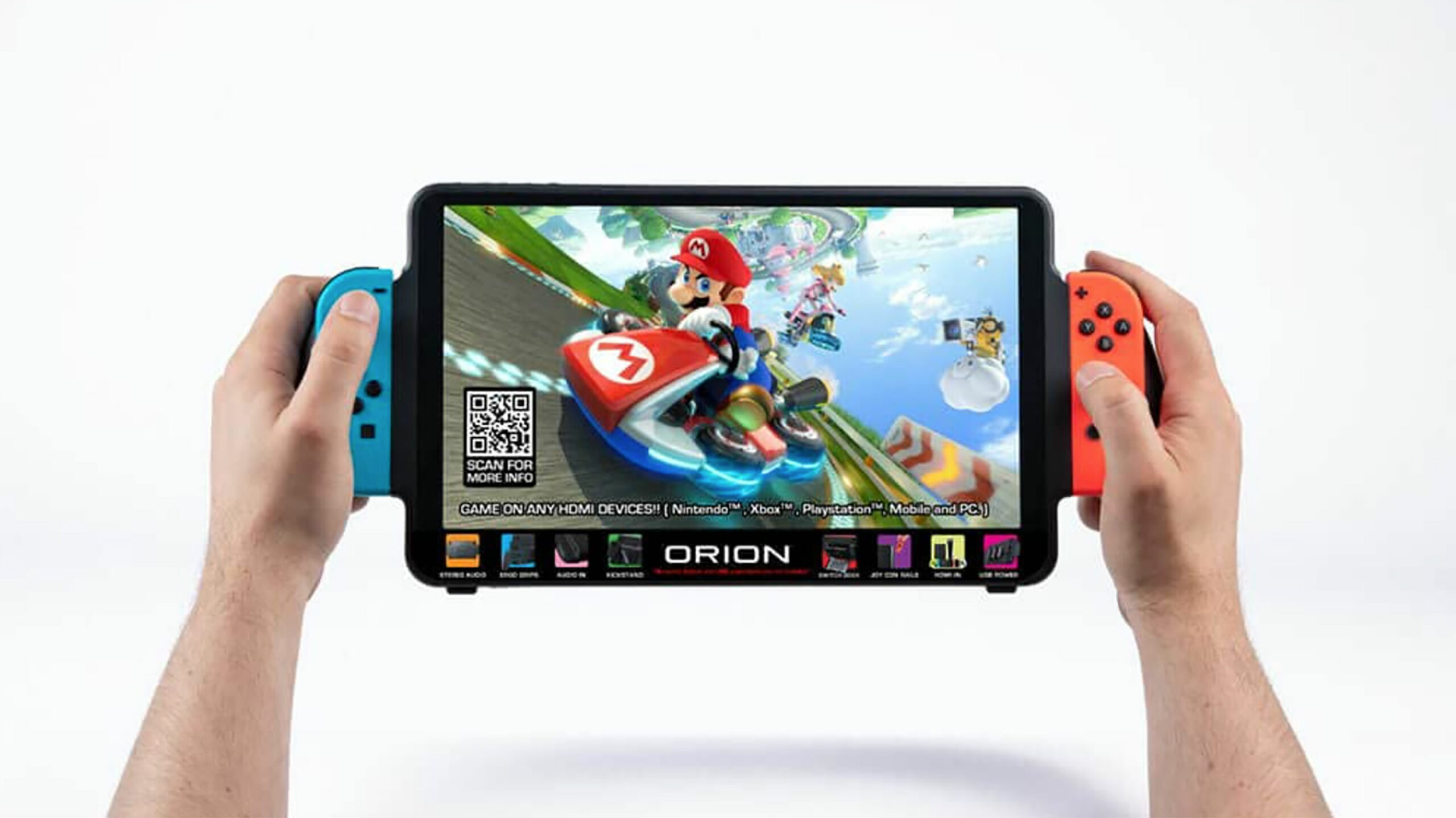 Made by a company called Up-Switch, the Orion is an 11.6-inch display that connects to your Switch via a USB-C slot on its read. Considering the base Switch has a 6.2-inch screen and the OLED model a 7-inch one, the Orion is a significant increase. Further, your Joy-Cons can also slide onto the Orion’s sides, and there’s a kickstand and built-in speakers for added portable functionality.

There are some catches, though.

To start, the Orion costs $349 CAD, which is basically the price of the Switch itself. While the display has an HDMI port that can be used with gaming consoles and streaming devices, that’s still a big chunk of change. It’s also got a resolution of 768p, which is inferior to the standard and OLED Switch’s respective displays.

The Orion isn’t exactly ideal for mobile play, either. Because it doesn’t have an internal power supply, you’ll need to connect a power bank through a holder on the back. Alternatively, you can plug it into the wall using the Switch’s USB-C power adapter, but that wouldn’t exactly work if you’re on the go.

In the end, the Orion seems like a fascinating experiment in expanding the Switch’s screen real estate, albeit one that’s inelegant in practice. You can order the Orion from retailers like GameStop Canada and The Source.