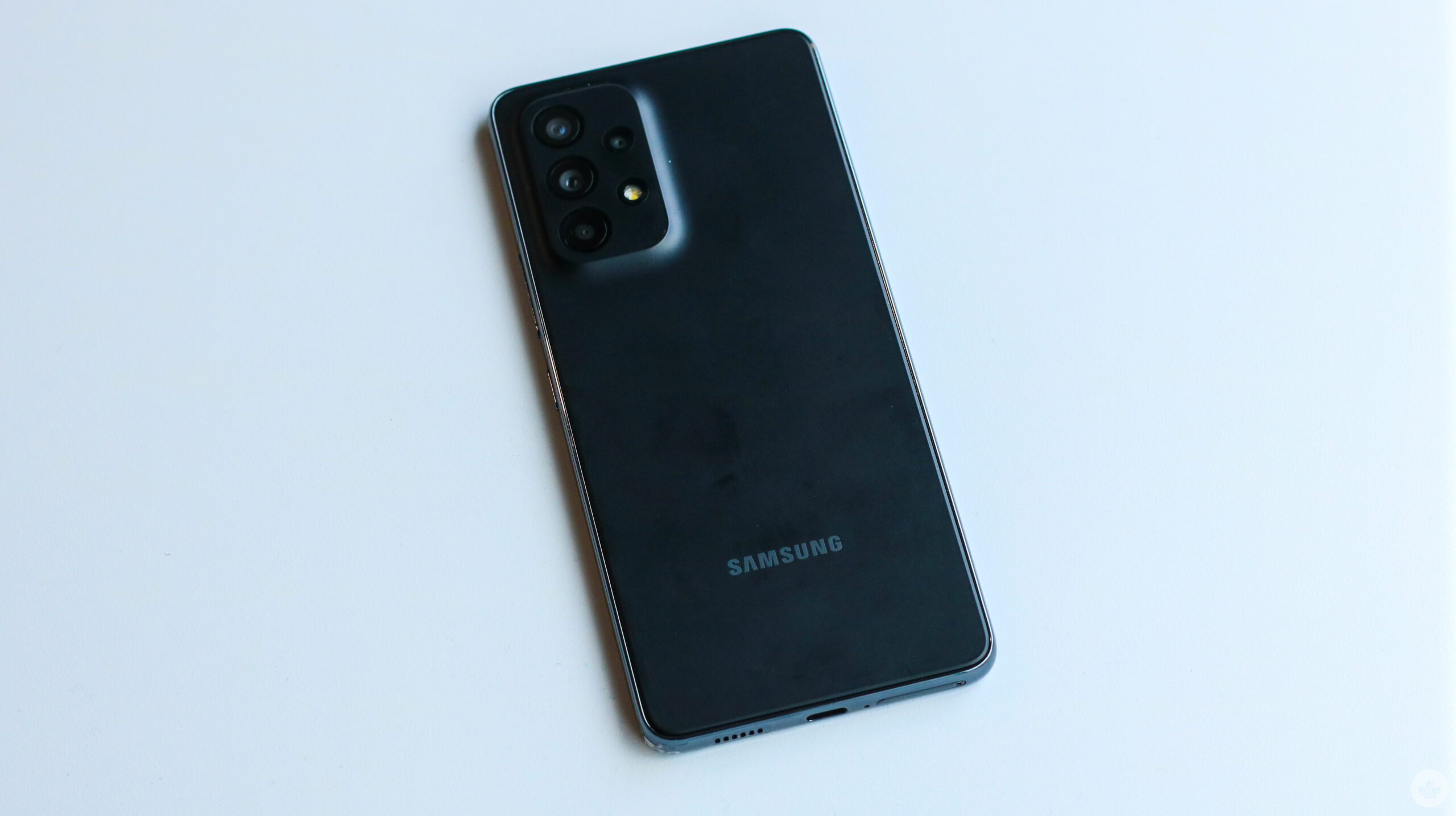 The Galaxy A53 is Samsung’s latest mid-range smartphone.

The device offers an expected mid-range Android experience that doesn’t stand out, but nonetheless, the A52 is still a decent smartphone for the average user. While the handset isn’t as impressive as its flagship counterparts, its $589 price tag makes it a decent deal (especially in Canada).

With this in mind, its specs and price put the Galaxy A53 in competition with smartphones like the iPhone SE ($579) and the Pixel 6a ($599). That said, the A53 is even more affordable than these other devices.

The A53 features a decent-looking screen. It’s not great, but with the smartphone’s price in mind, the 1080 x 2400-pixel resolution panel looks great when looking at photos, watching videos or browsing the internet. The AMOLED panel is colourful and bold, and the colours pop more than I’d expect for a handset at this price. Further, the device offers a 120Hz refresh rate with 800nits of max brightness, making it easy to view even under direct sunlight.

Additionally, the 120Hz refresh rate results in buttery smooth display performance, which is perfect for scrolling through Instagram or playing games. 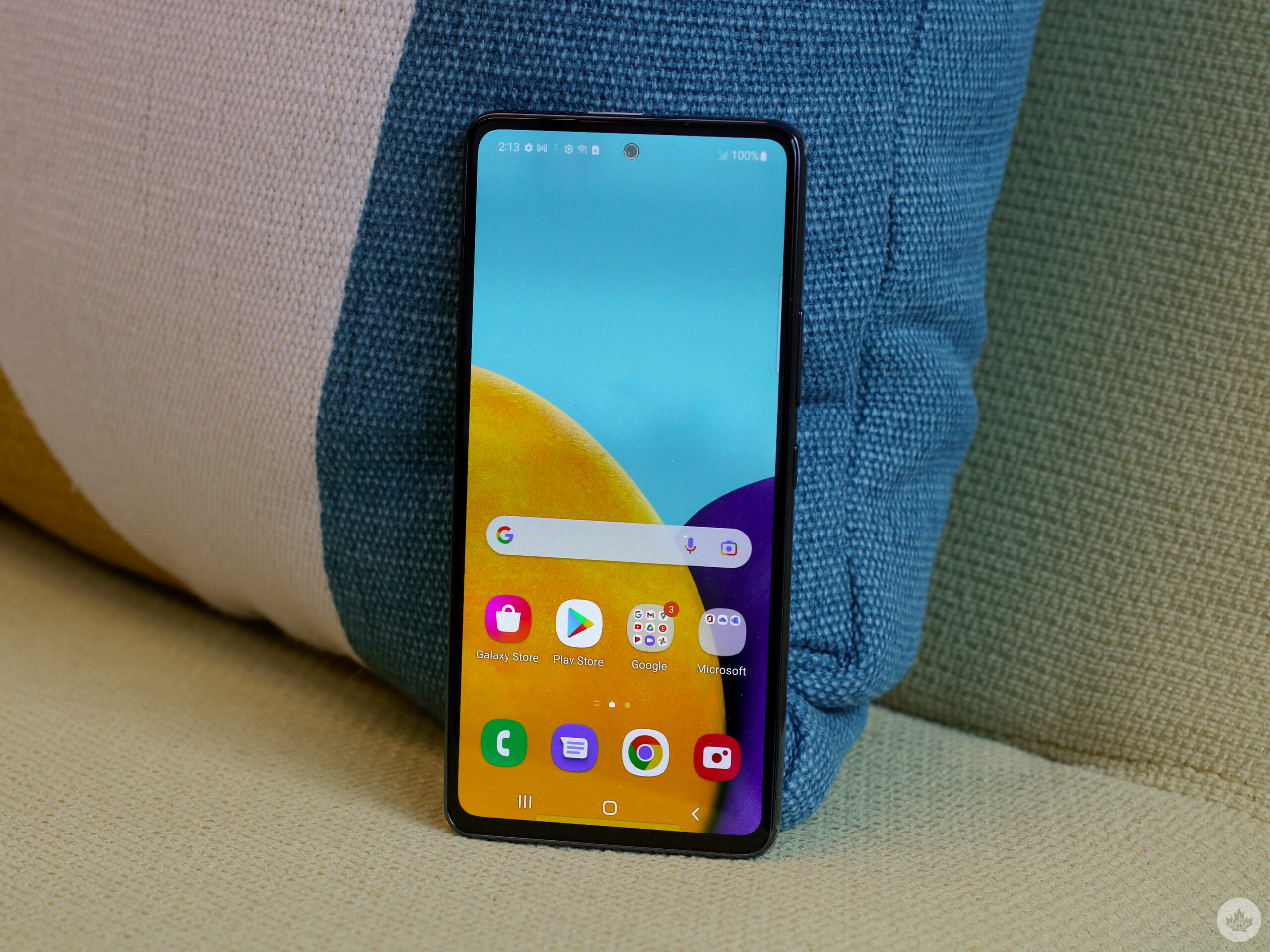 I also like the overall design of the Galaxy A53. It’s an attractive smartphone, but I wish colour variants beyond ‘Awesome Black’ were available in Canada.

The display features a modern hole-punch camera, with relatively slim bezels around the screen. The bezels aren’t the smallest I’ve seen on a smartphone, but they’re better than the iPhone SE’s and similar to the Pixel 6a’s. Flipping the A53 to the rear, you’ll notice an S22-like design and a matte finish. Of course, the phone still attracts smudges, but it generally looks more premium than its price tag might indicate. Camera bump-wise, the A53 features an array of shooters similar to the S22+’s and the S22 Ultra’s.

The layout is similar to the S22 Ultra’s but lacks the island-like look, offering a mixture of the two devices.

How premium the A53 feels is only part of the smartphone’s experience.

There’s an in-display fingerprint scanner for unlocking the display. It works well but isn’t notable, and I’ve used the worse scanners and better ones. However, for what it’s worth, it does feel slightly quicker and more accurate than the A52’s. The Galaxy A53 also features IP67 dust and water resistance, which means it should be able to survive spills and even be submerged in up to one meter of water. Other mid-range devices also offer IP67, including the iPhone SE and the Pixel 6a. 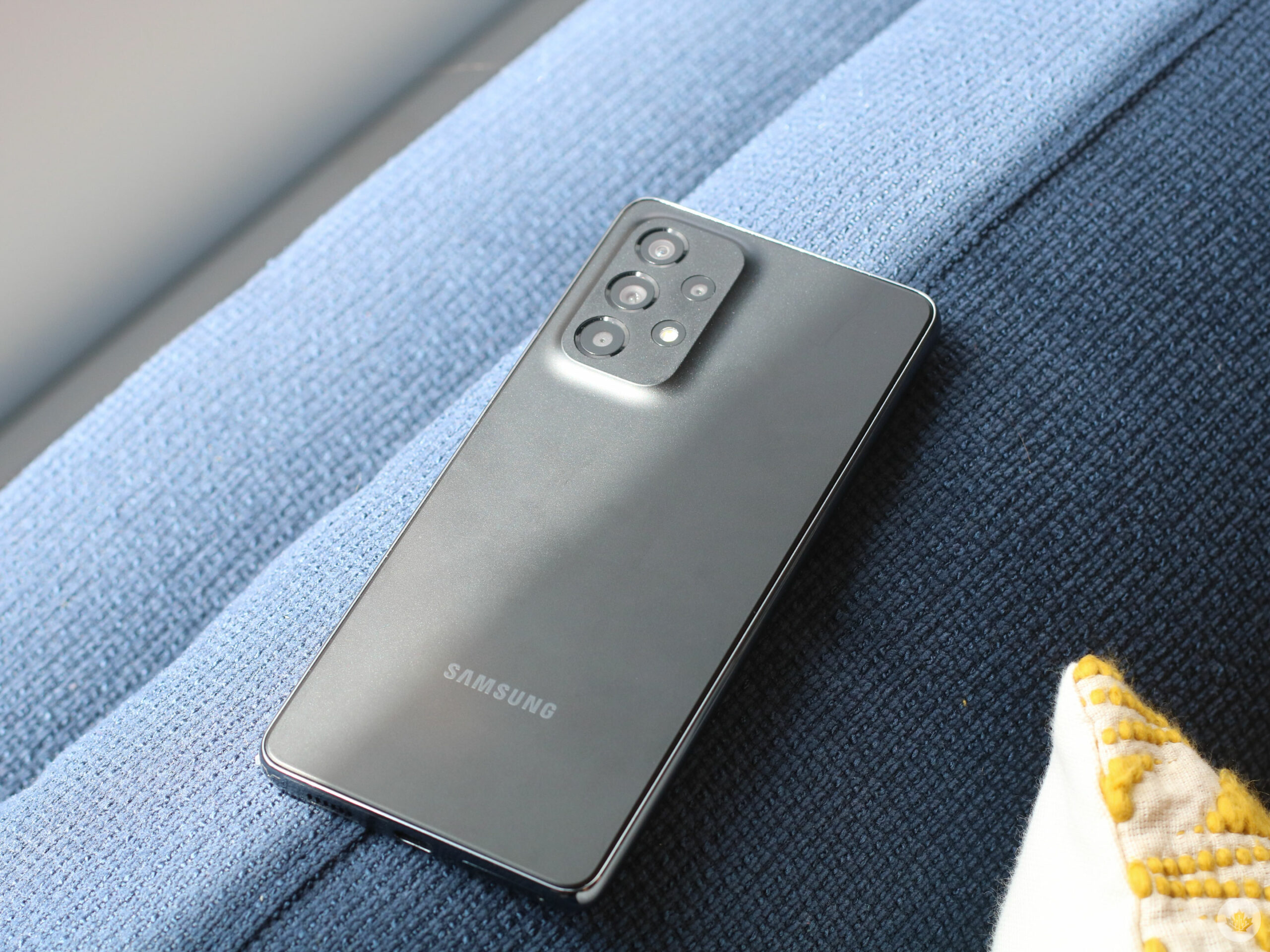 This time the A53 features a rather large 5,000mAh battery, a notable improvement over last year’s A52’s 4,500mAh cell and well beyond the size of the battery in the iPhone SE and Pixel 6a. Thanks to its increased size, the A53 can make it through a day with no concerns. For me, a typical day involves me using Wi-Fi primarily and streaming YouTube for a brief period, scrolling through Instagram and probably about 30 minutes of video calls.

On the more positive side of the spectrum, the Galaxy A53’s camera isn’t a source of contention.

The smartphone sports a 64-megapixel primary shooter, a 12-megapixel ultrawide, a 5-megapixel macro and a 5-megapixel depth shooter. I brought the A53 to Instanbul, Turkey, during a recent trip and below are several photos I snapped with the smartphone. 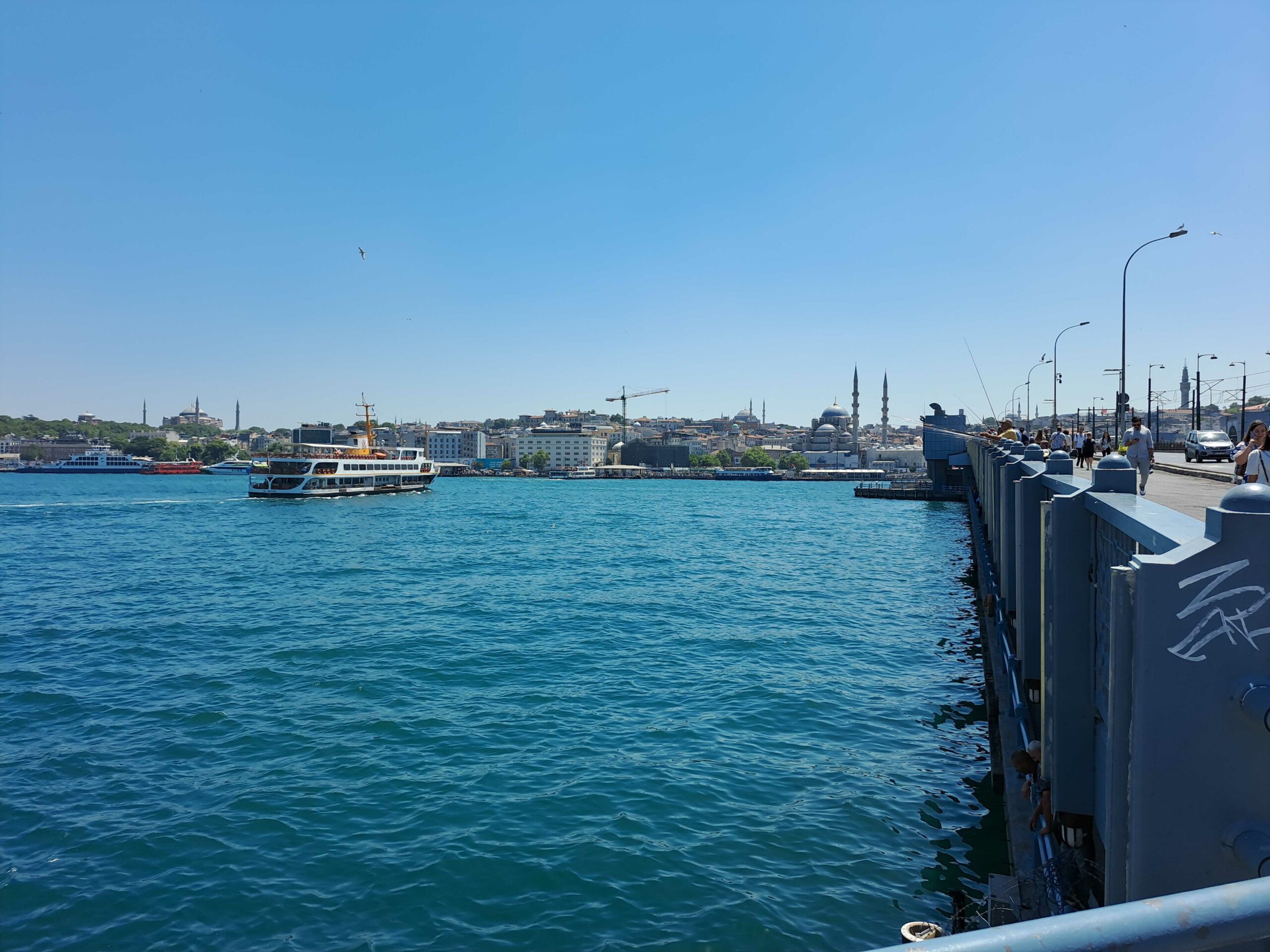 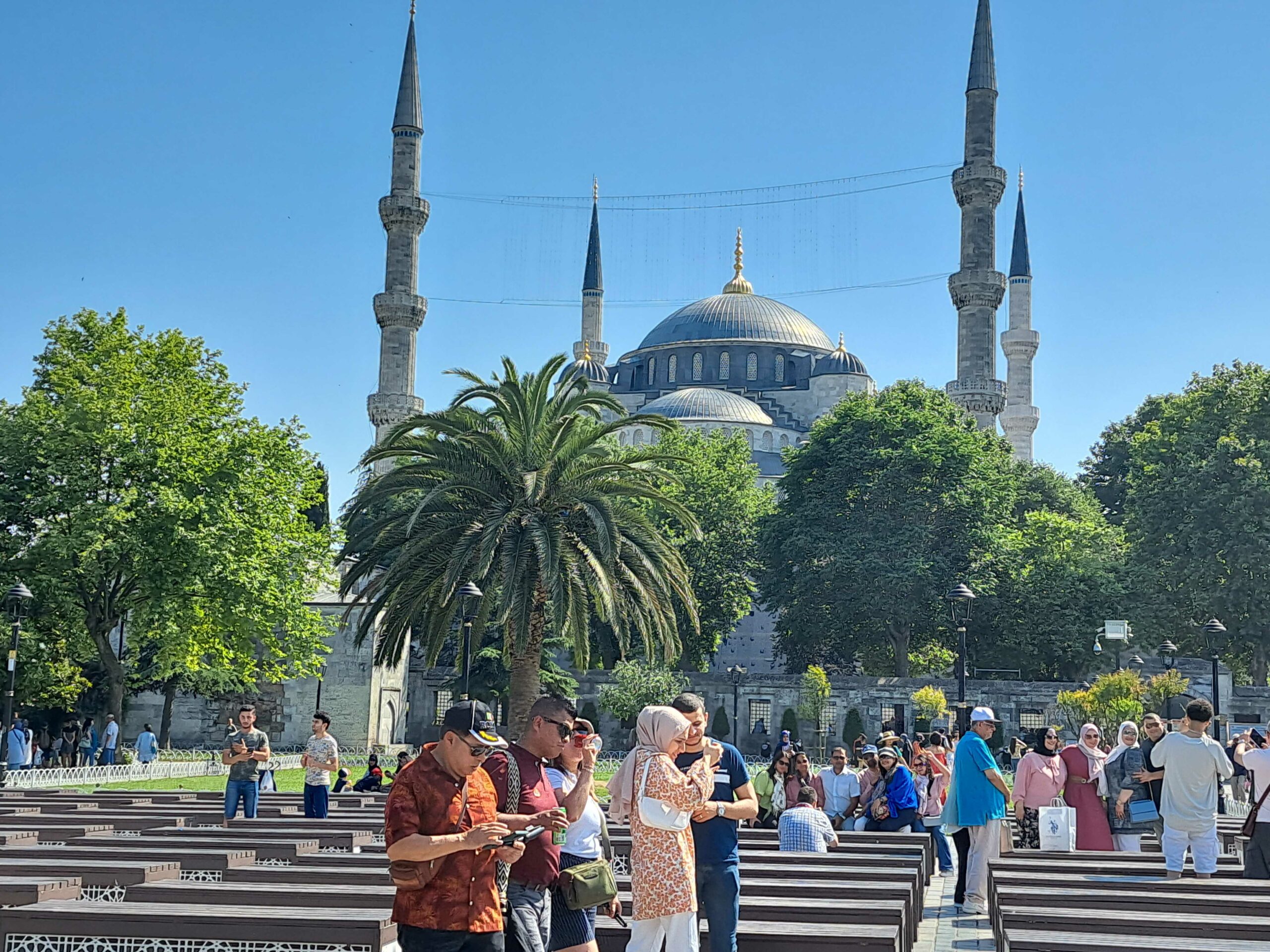 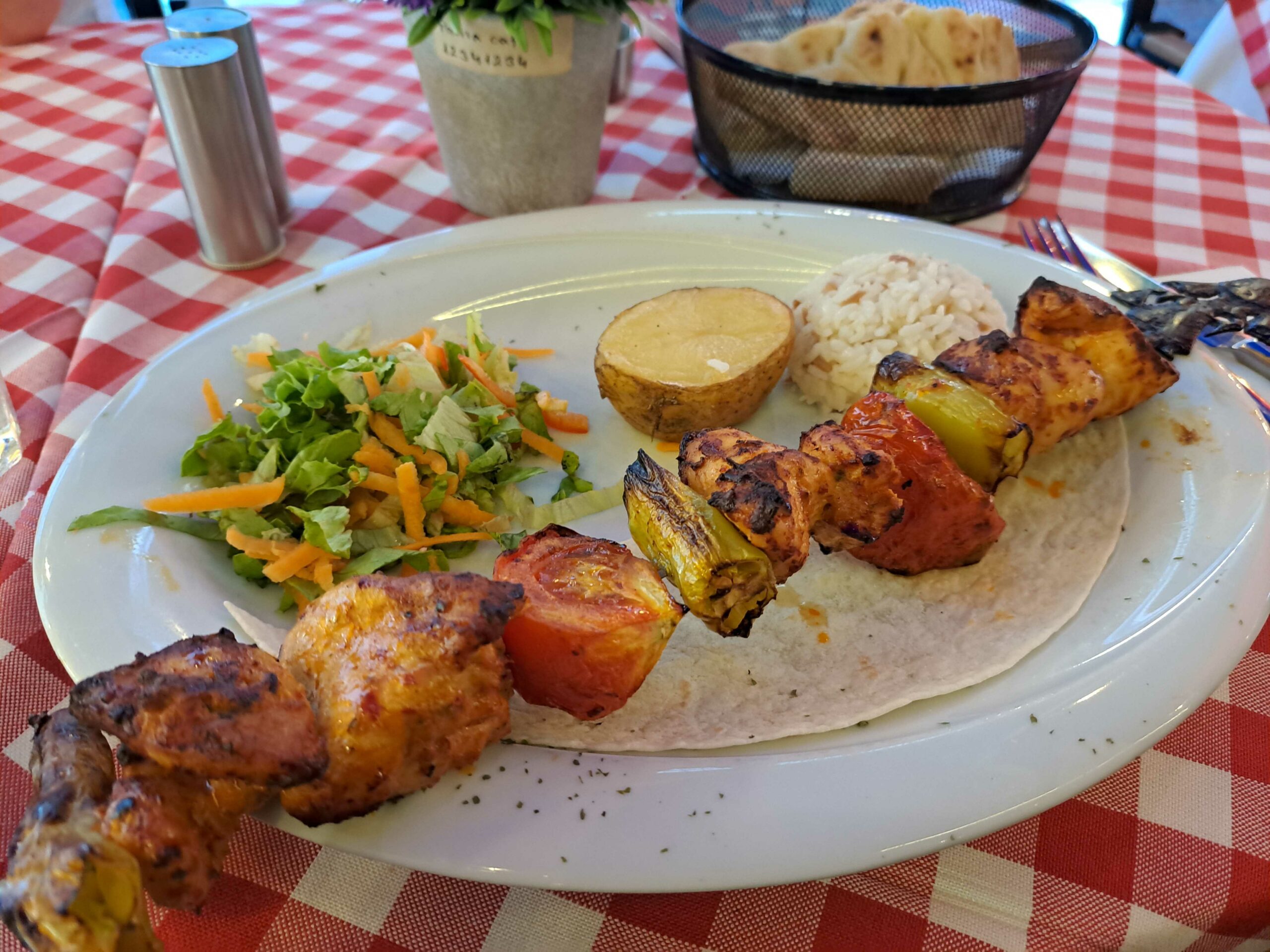 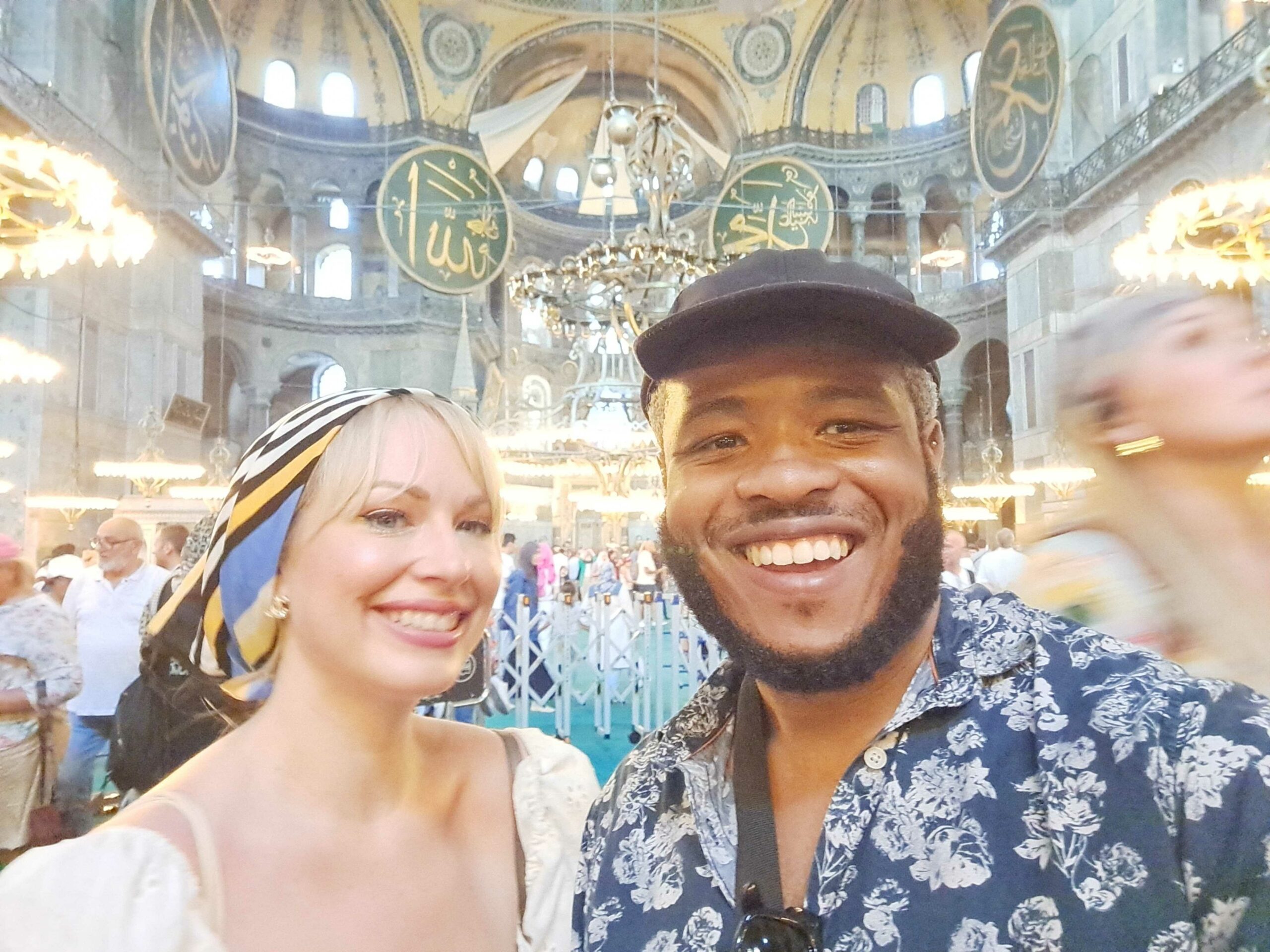 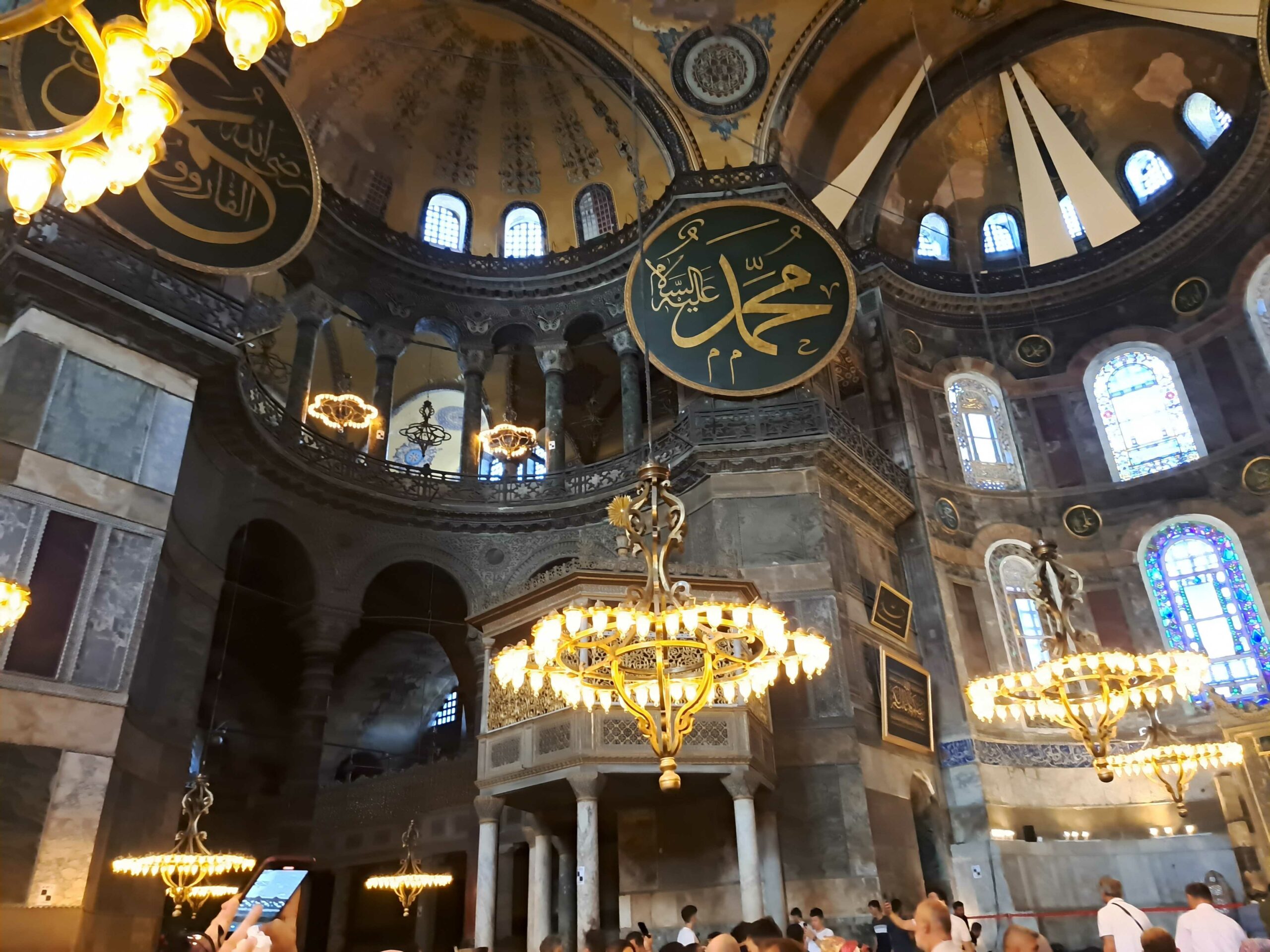 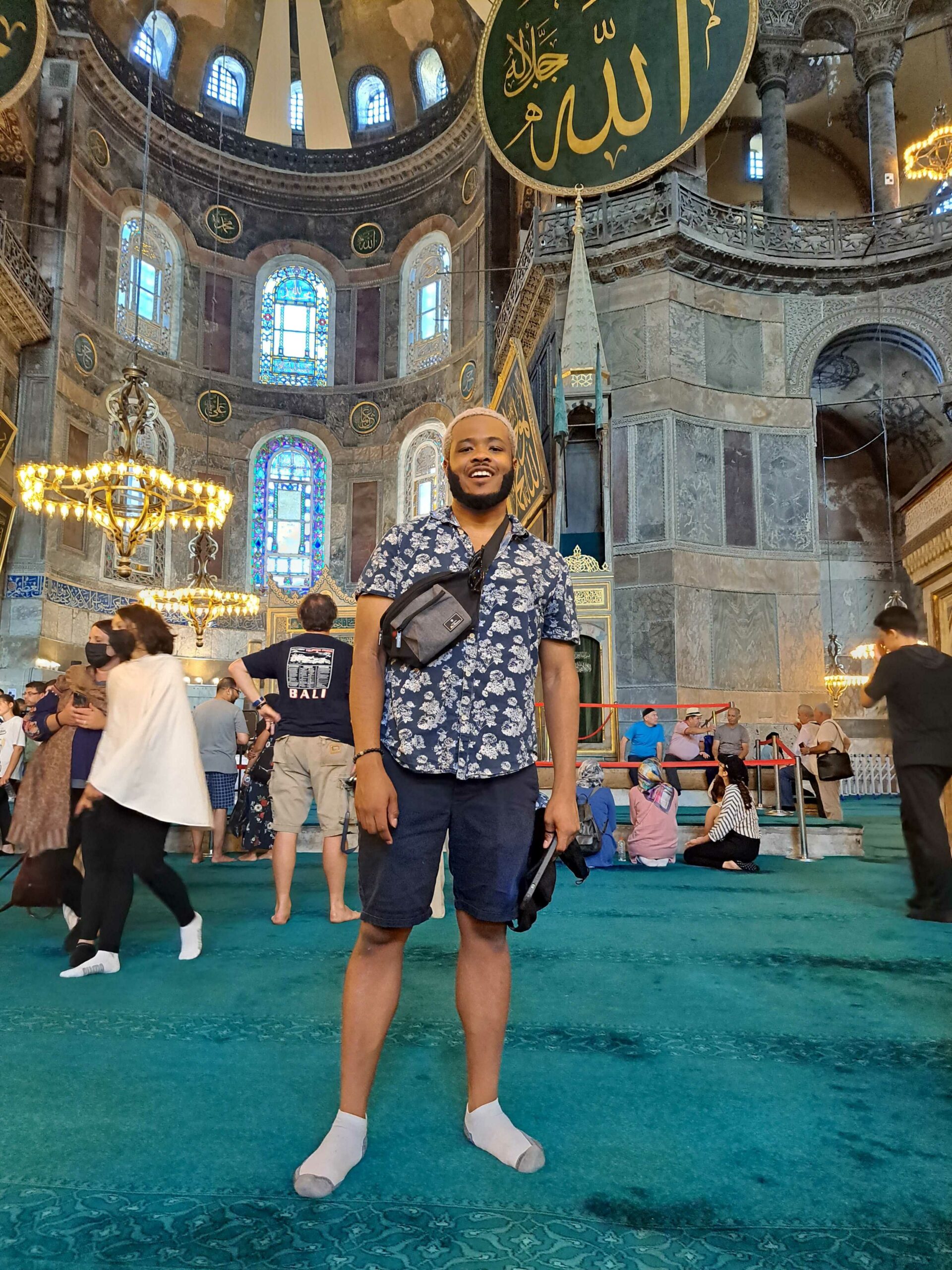 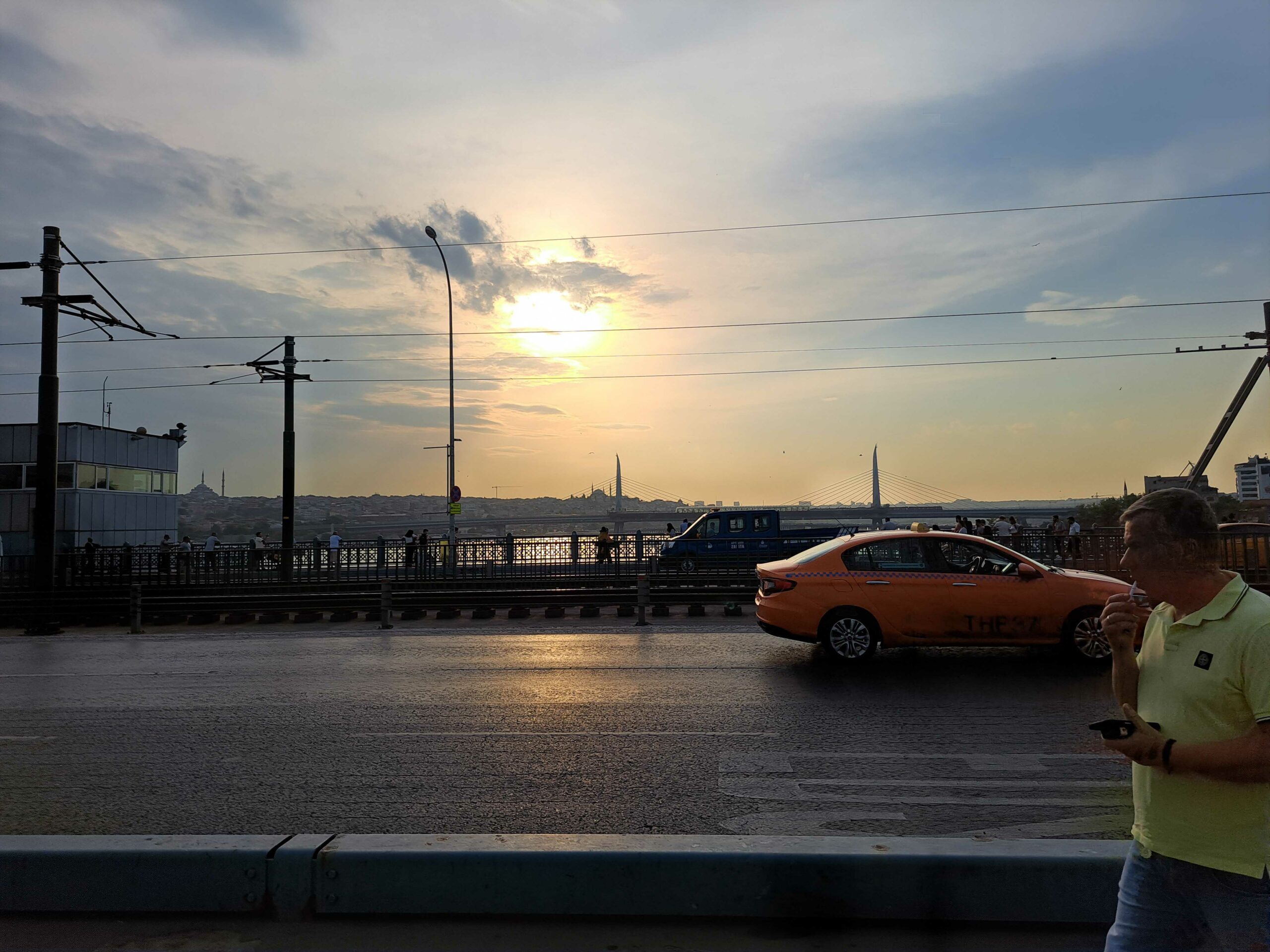 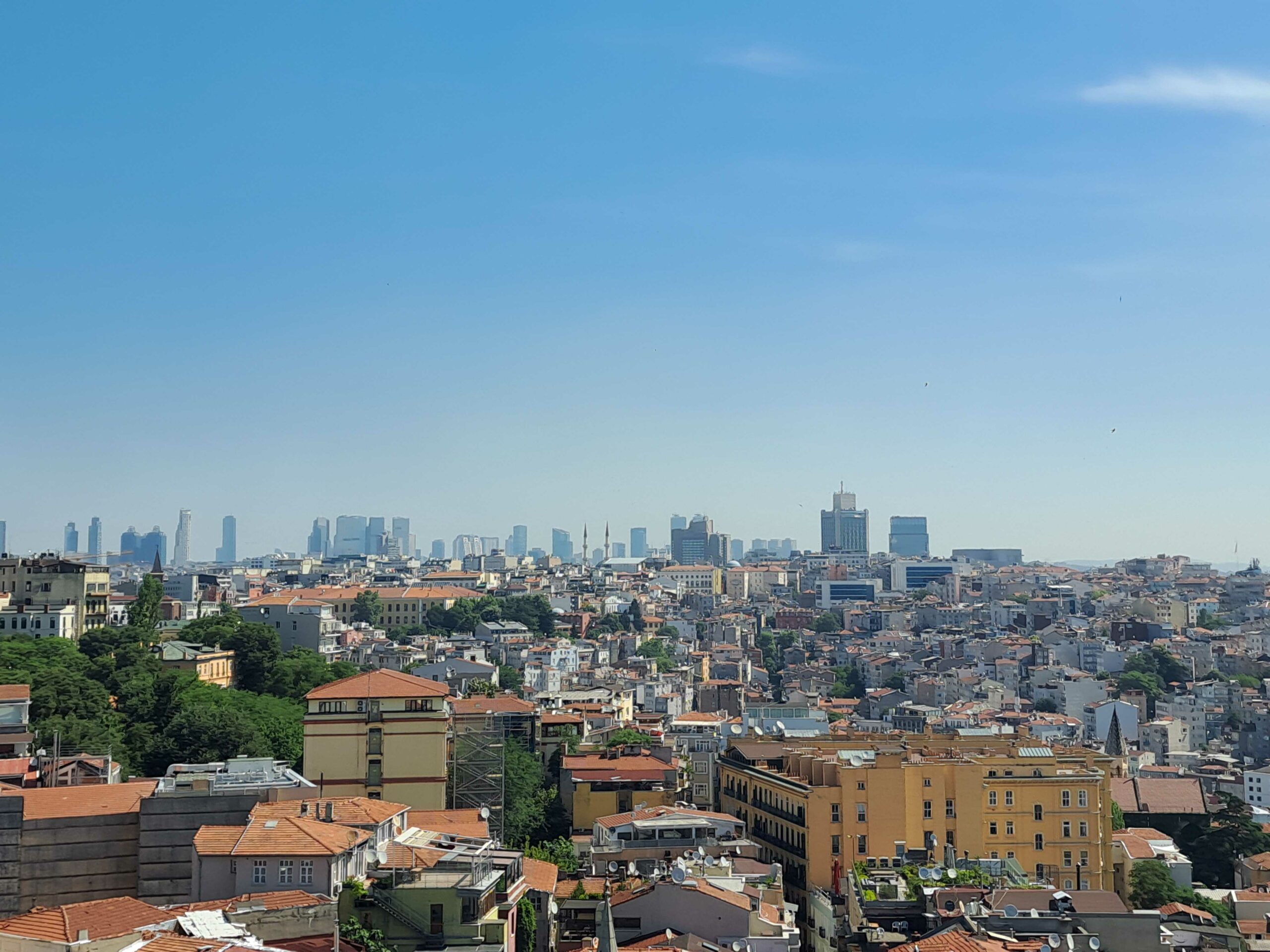 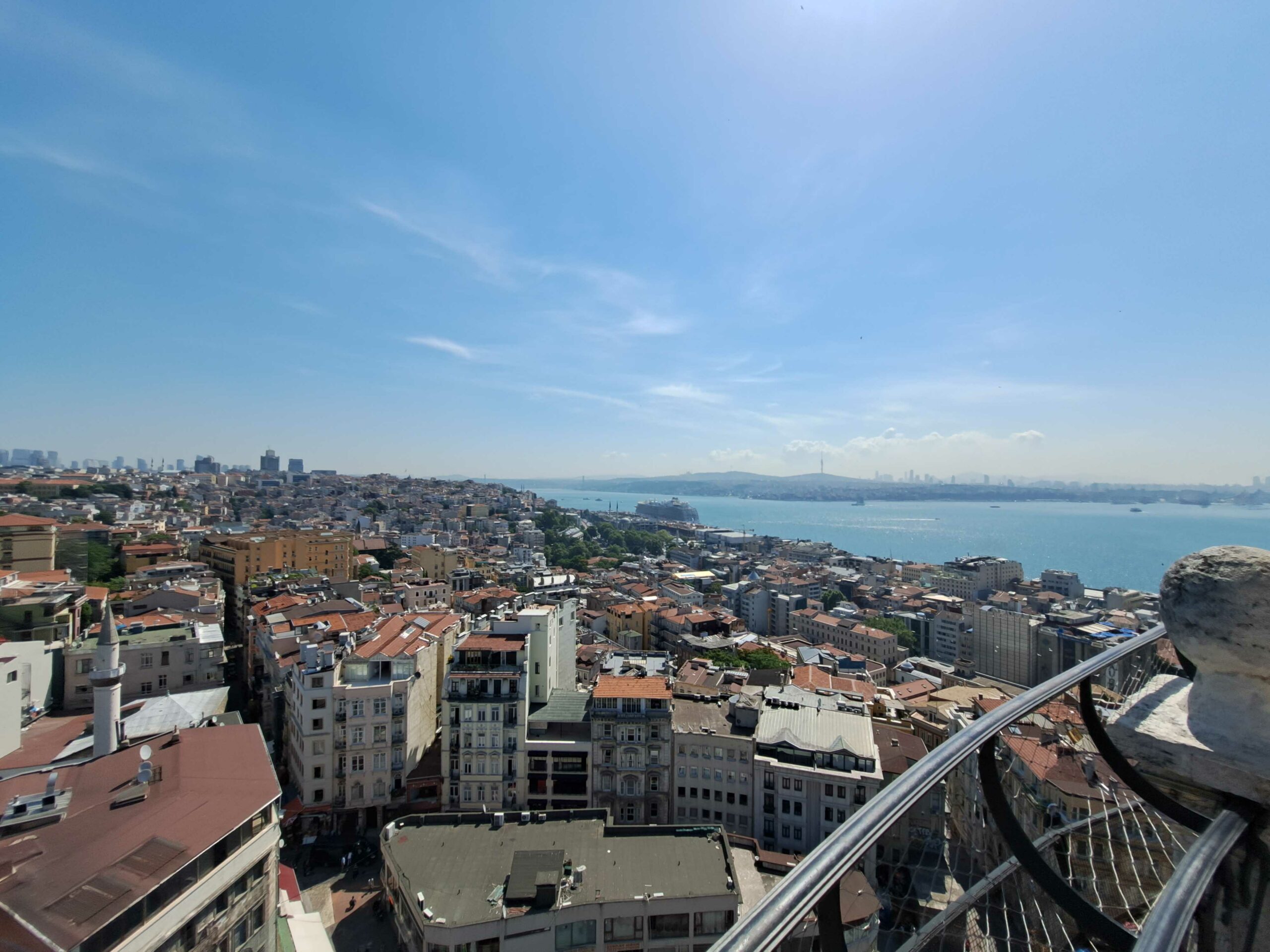 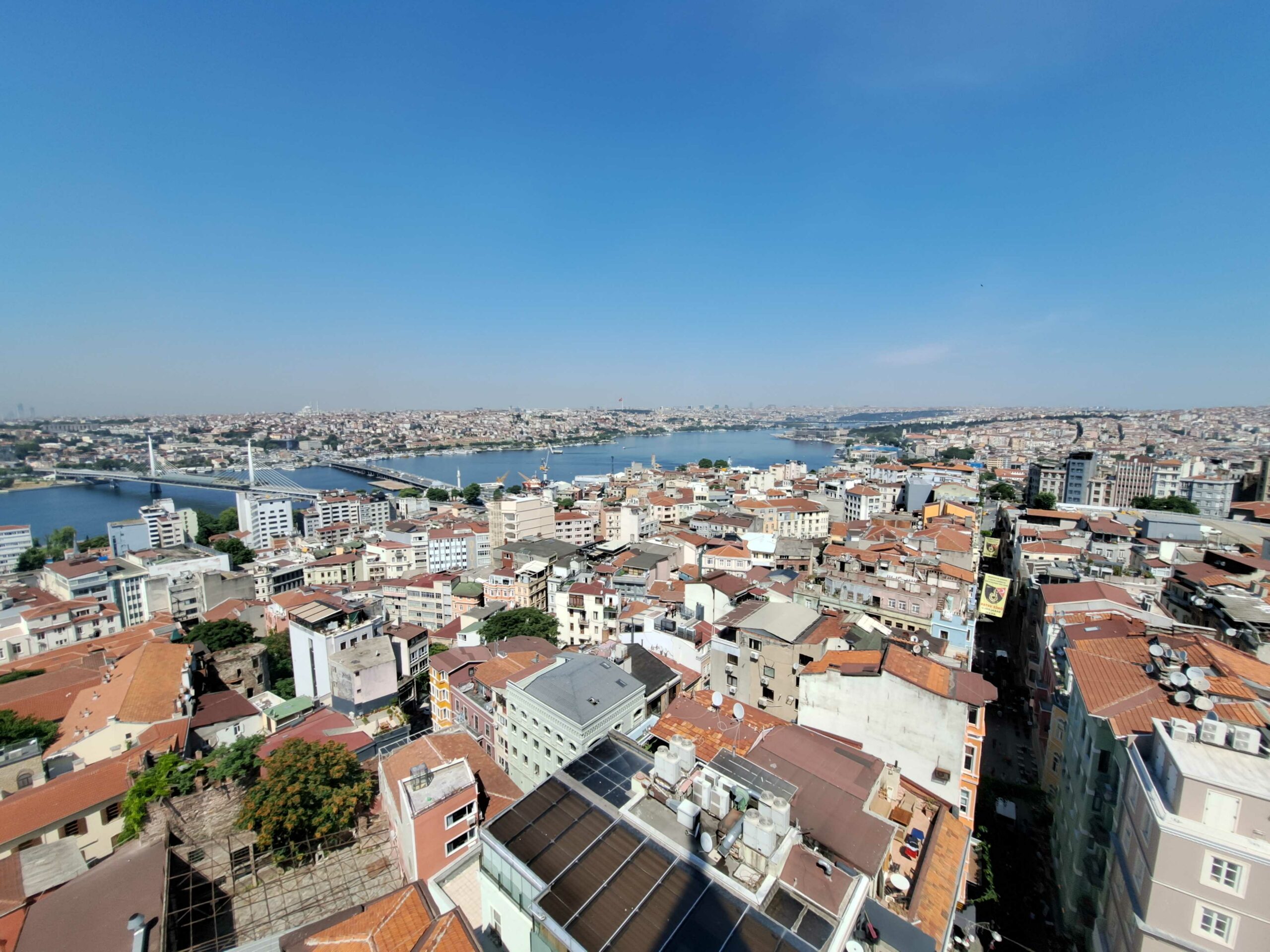 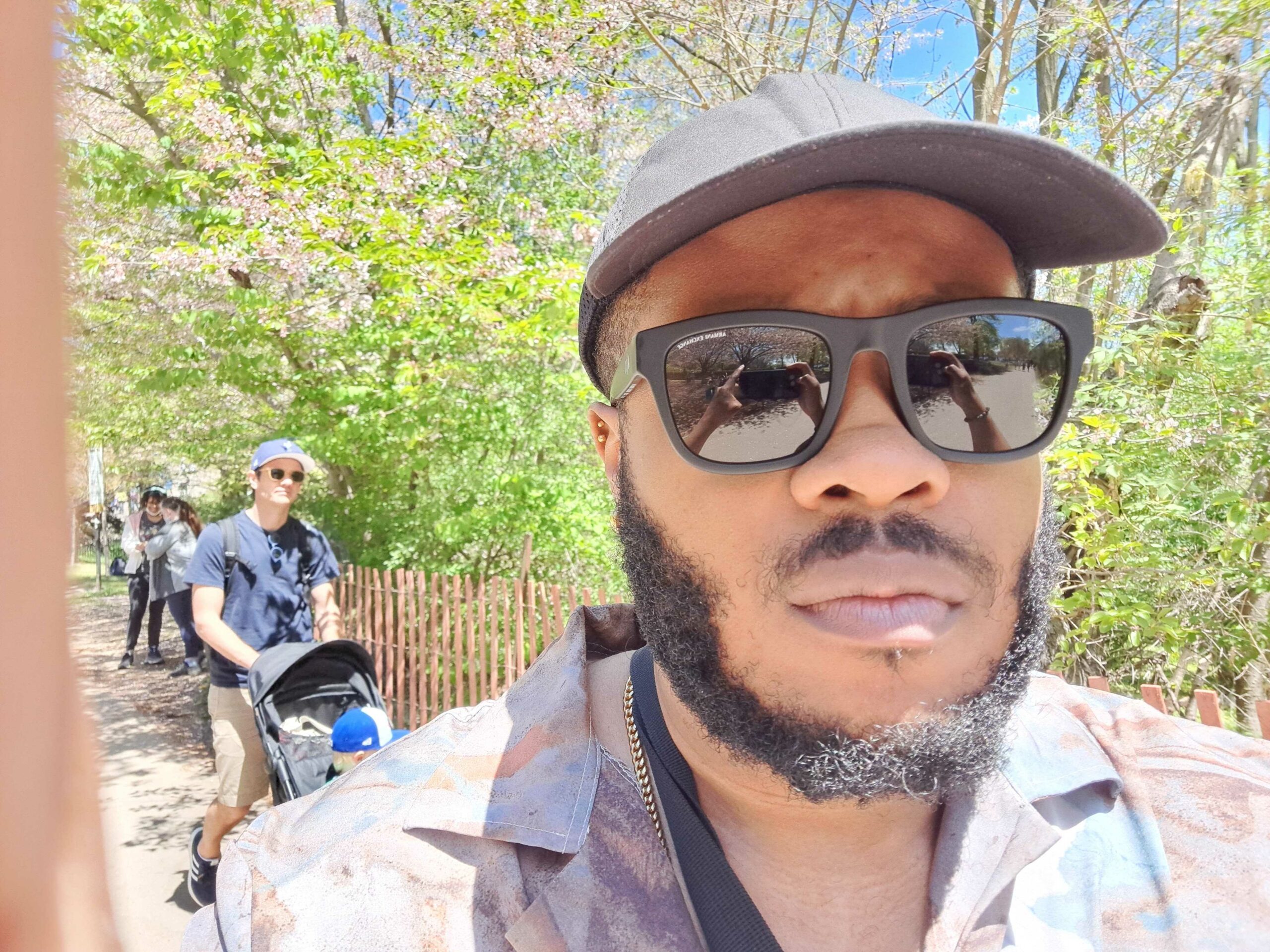 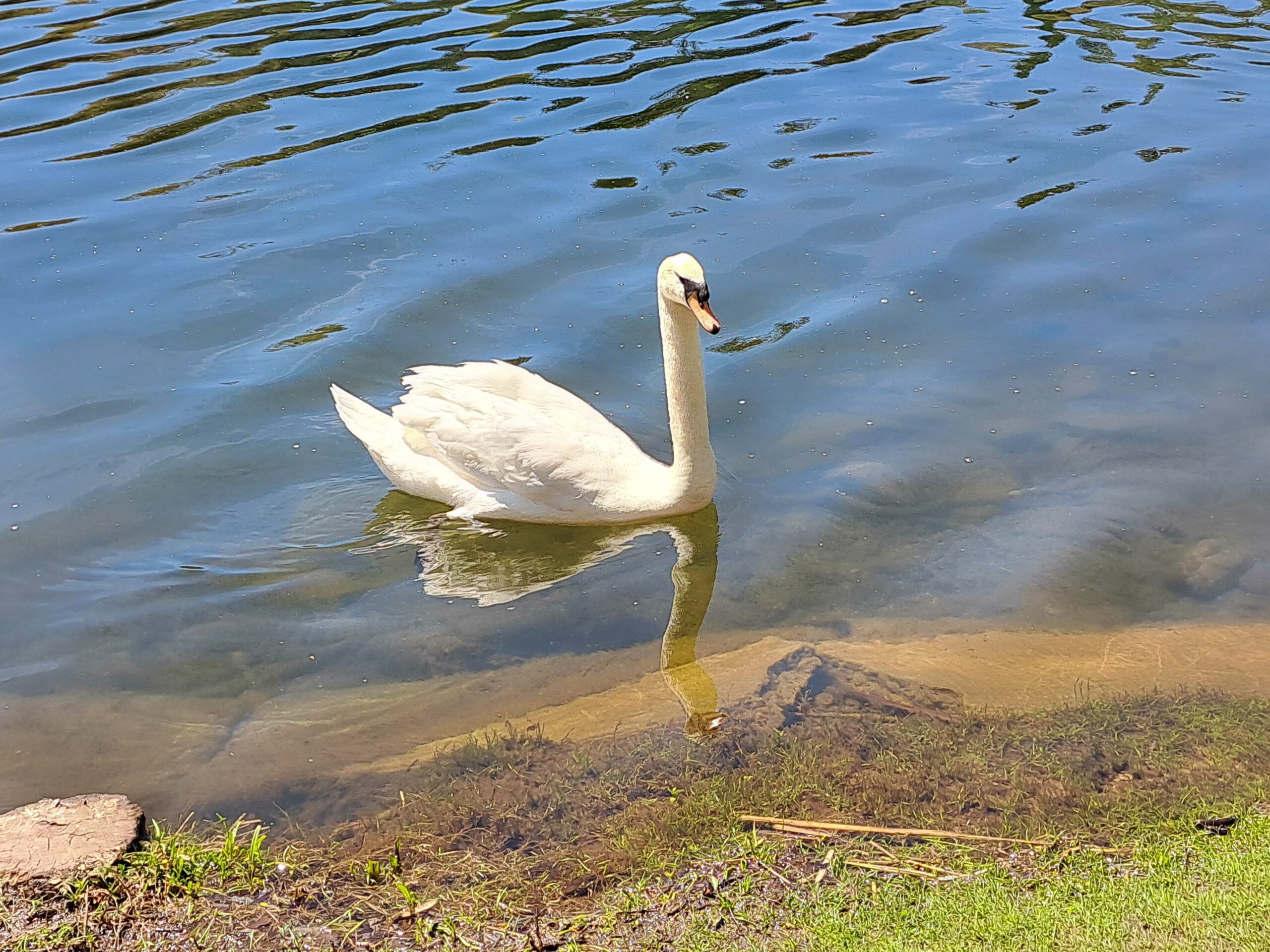 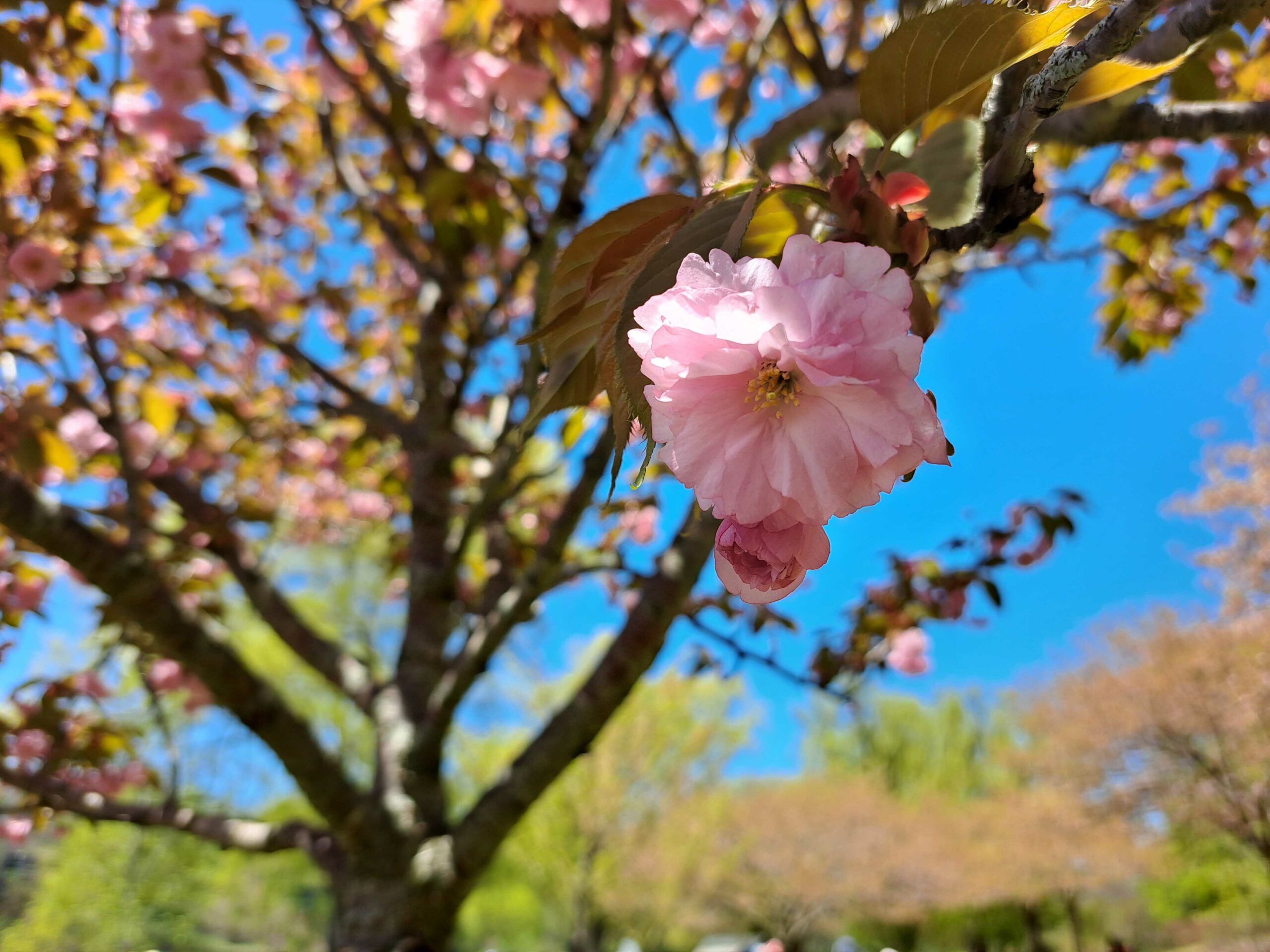 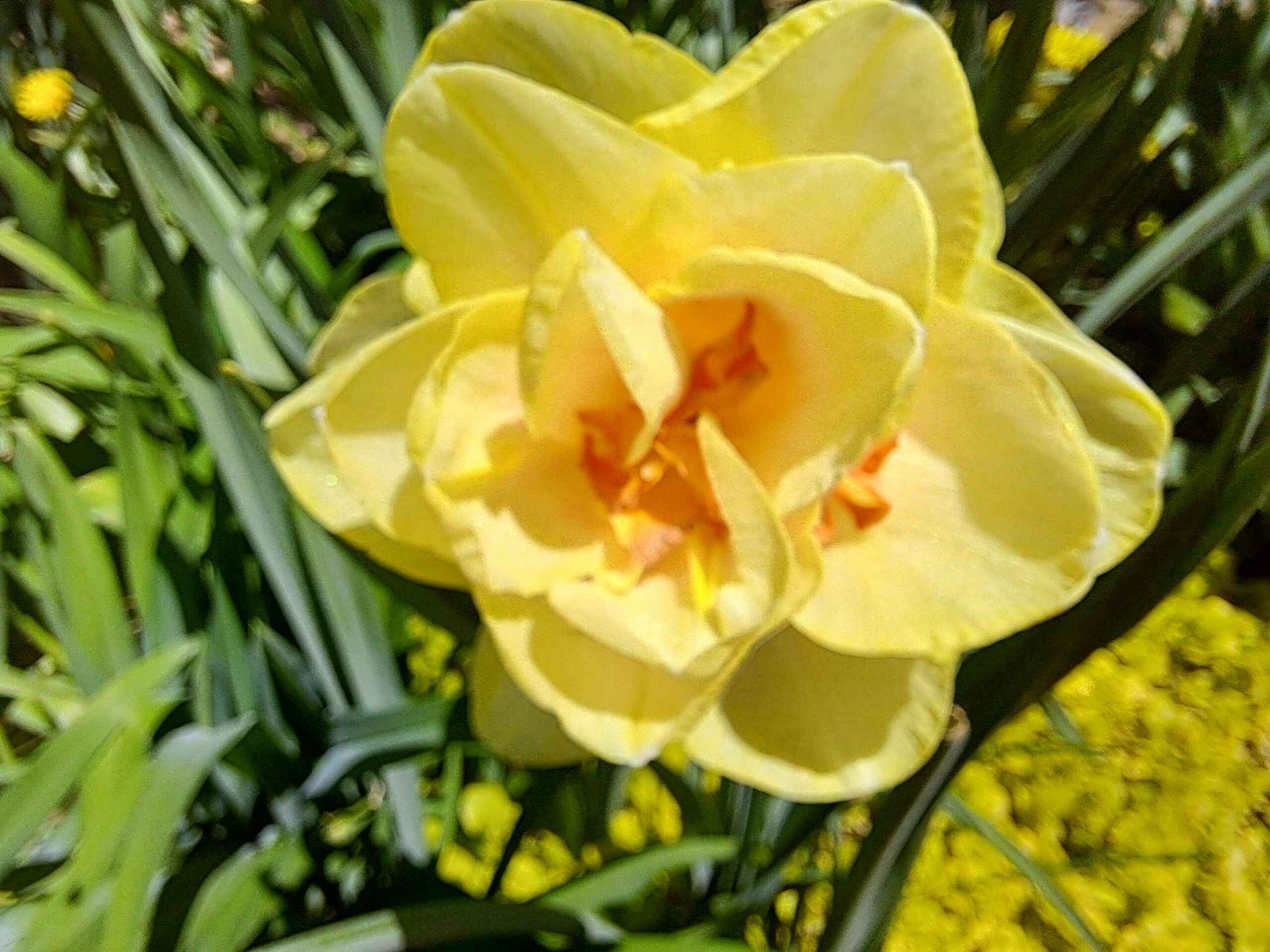 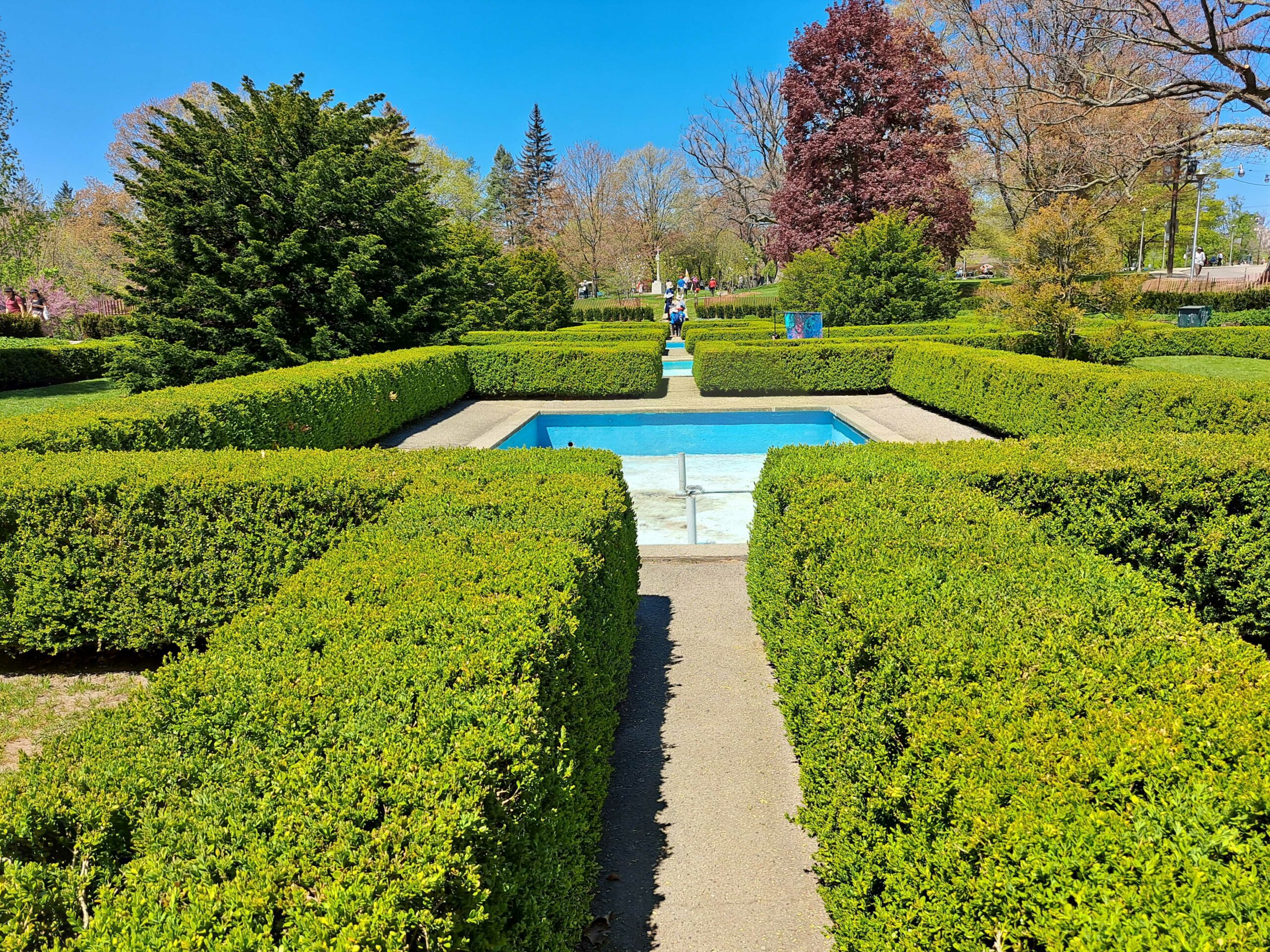 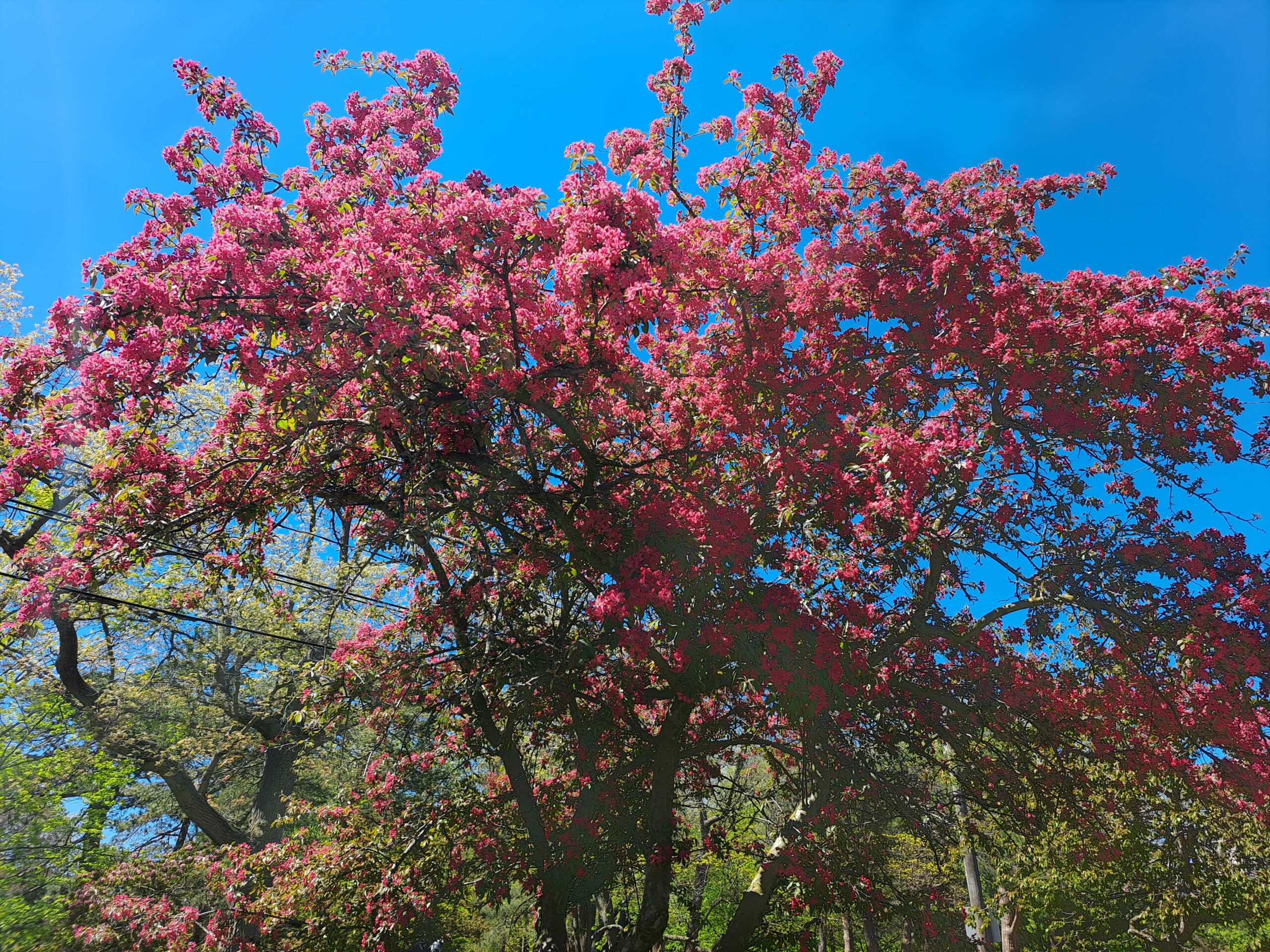 For the most part, the A53 snaps decent photos. With the primary shooter, I found images oversaturated and not true-to-life, but that’s Samsung’s specialty in the camera space, and I’m sure some people have come to like this style of photography. This oversaturated style is especially noticeable in photos that feature the sky and the sea. That said, sometimes the phone struggles to pull in detail, resulting in photos that look unclear.

On the other hand, the Galaxy A53’s 23-megapixel selfie camera isn’t great — especially for Black people or those with darker skin — as it tends to brighten the subject significantly. Though I refer to myself as a selfie king, I know a smartphone’s front-facing shooter isn’t a critical feature for everyone, but still, it’s worth keeping in mind that the A53 doesn’t snap great images with its front camera. 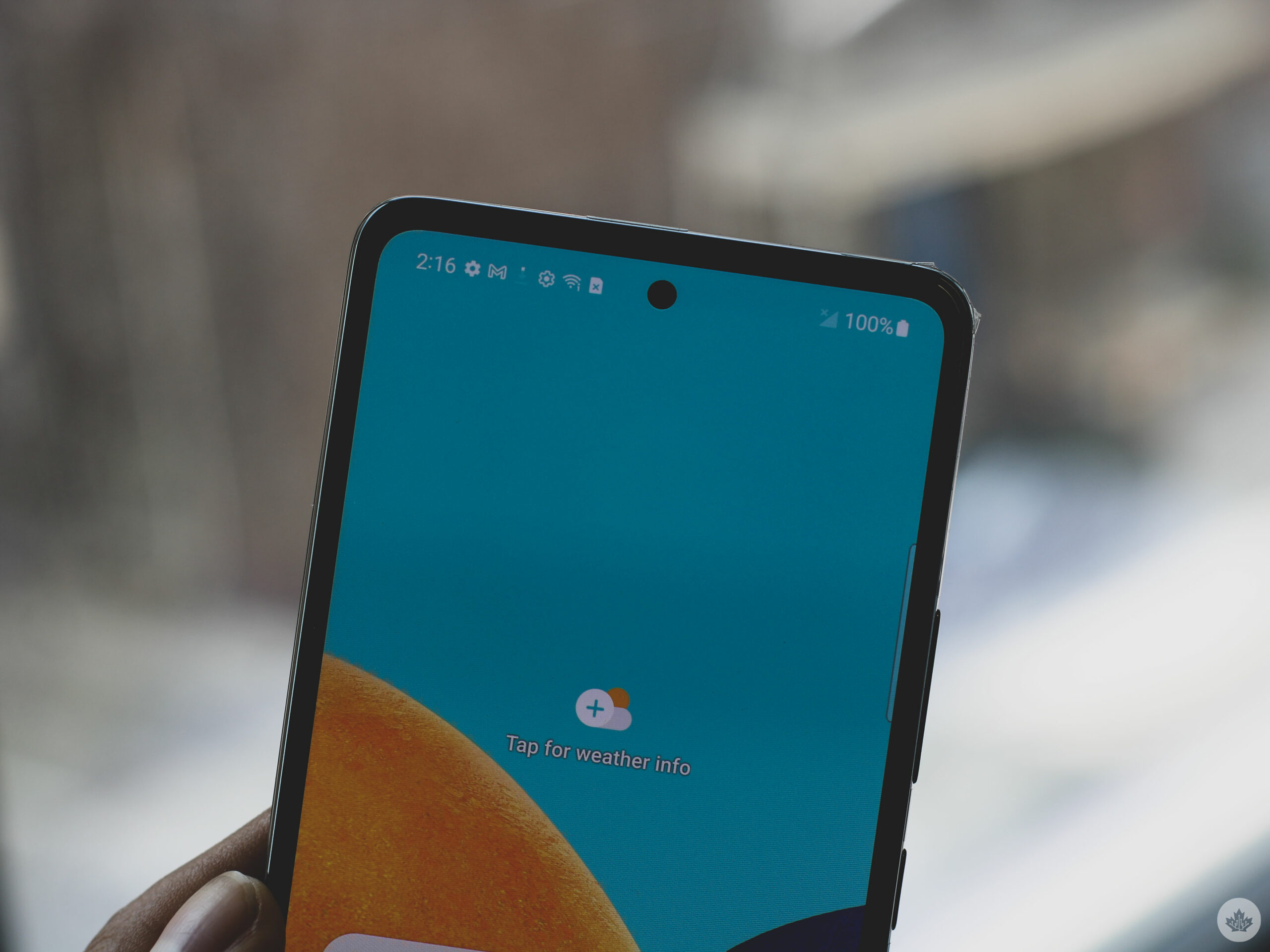 There’s also no telephoto lens in the A53, but that’s expected from a mid-range smartphone, and even some so-called flagships ditch the telephoto lens, like the iPhone 13 and Pixel 6, for example.

With all of that said, the A53’s cameras aren’t bad for the device’s cost. Flagships like the S22 Ultra, Pixel 6 Pro, and the iPhone 13 series obviously perform better, but the punchy oversaturated colours still look decent, and the overall results are pretty good. The Pixel 6a’s camera is a clear competitor, and it snaps images similar in quality to the Galaxy A53, but it ultimately comes down to your taste in photography style.

Overall, the A53 is a stellar mid-range option. It features a decent camera, good battery, a premium-like design and a reasonable even price tag. There are many smartphone options out there in the mid-range market, but the A53 strikes a reasonable balance between performance, style and cost.