iPad users rejoice, Apple is finally adding its weather app to the device

The update is part of iPadOS 16 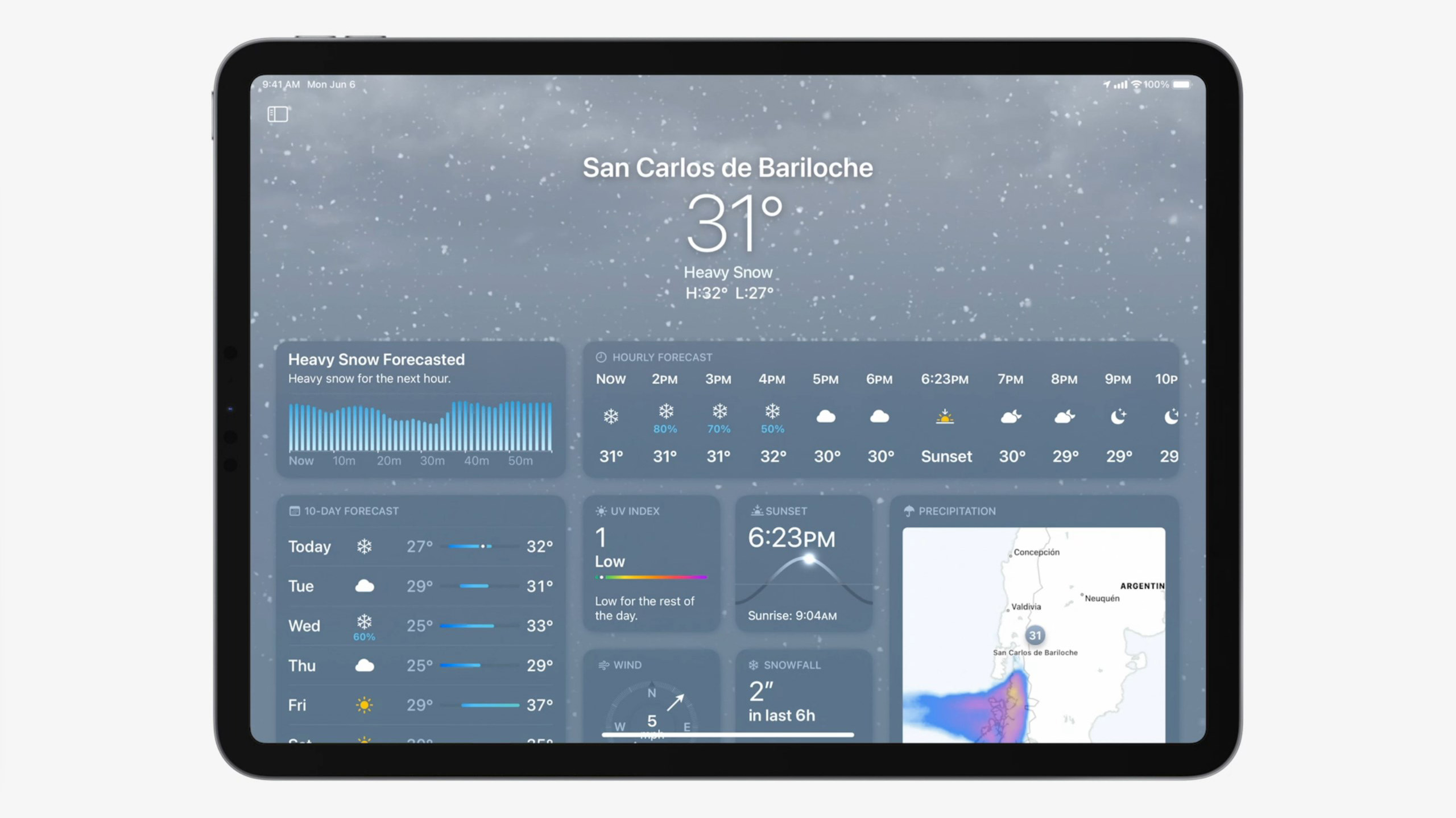 Apple is (finally) bringing its weather app to the iPad.

The company released the first model of the beloved tablet in 2010. Why it took them 12 years to add the weather app is a question they haven’t answered.

Apple did have a weather widget on the device, but not the app itself. The widget led users to the Weather Channel.

In terms of looks, there’s nothing that makes the app stand out. It looks exactly like the weather app available on the iPhone but is adjusted to fit the larger screen.

The update is part of iPadOS 16, which also features new collaborative tools. Apple will release the update to the public in the fall.

And while we’re on the topic, Apple is also bringing the weather app to Mac through macOS Ventura.