Xbox GoldenEye 007 remaster could be coming soon after Achievements spotted 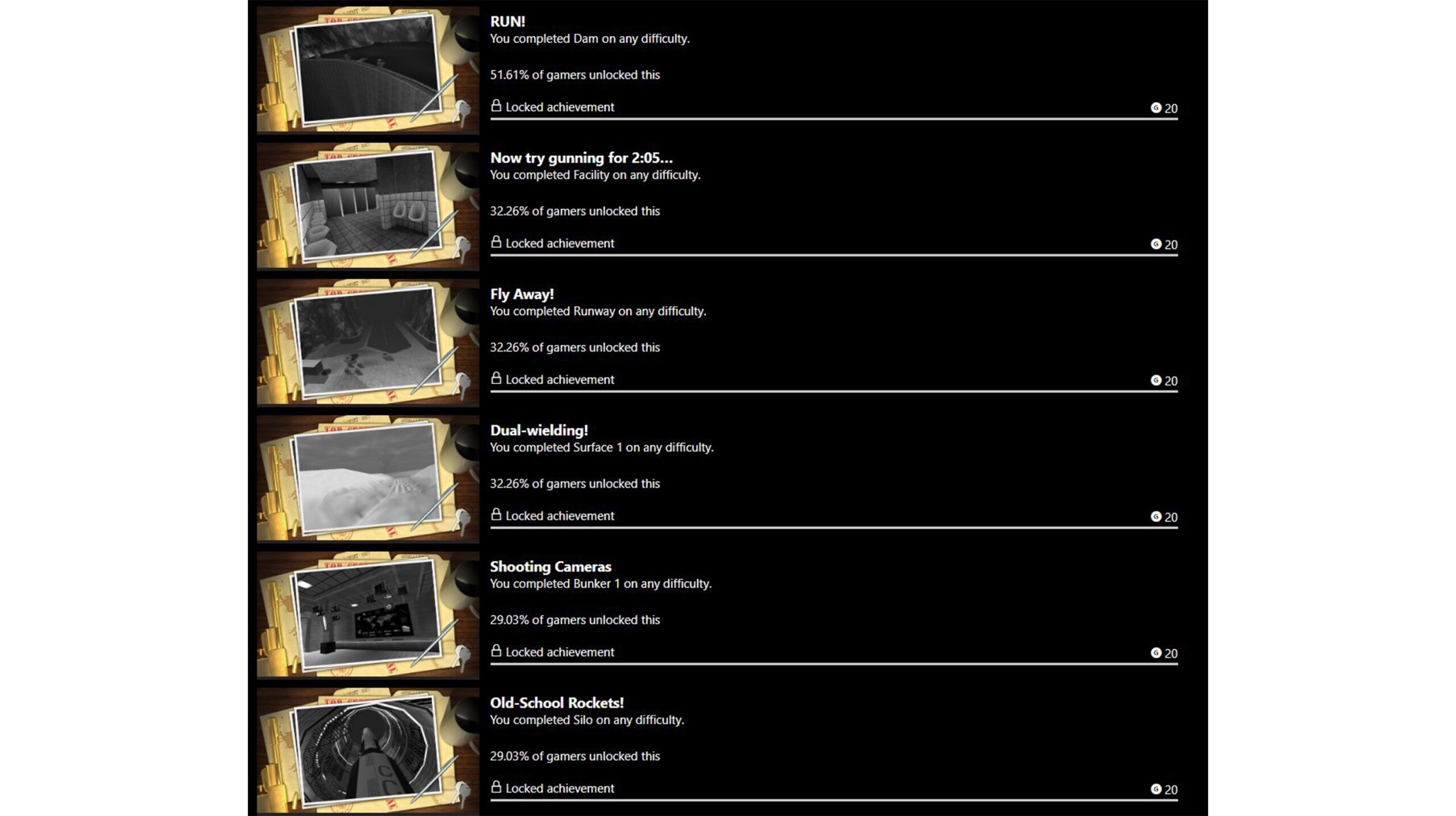 A potential GoldenEye 007 remaster could be on the way after ‘Achievements’ for the game appeared on Xbox’s website.

The fully functioning page where the Achievements appeared is still available and was first discovered by insider @Wario64. The tweet reveals several detailed Achievements, hinting that the long-rumoured and often-leaked reboot of the 1997 N64 classic could be finally coming to Xbox consoles.

It’s worth noting that this isn’t the first time Microsoft has attempted to release a remake of the classic console FPS. Several years ago, an updated version of Rare’s GoldenEye 007 was reportedly supposed to release on the Xbox 360’s Live Arcade but was scrapped due to licensing issues. However, a playable version of the game leaked online back in February 2021.

More recently, the Centre of Computing History built a way to the play the iconic game’s multiplayer mode on individual screens.

As for the GoldenEye 007 Xbox remakes release, it’s still unclear when the game might be officially revealed. It’s likely Microsoft could finally show off the game during its Xbox & Bethesda Games Showcase on June 12.