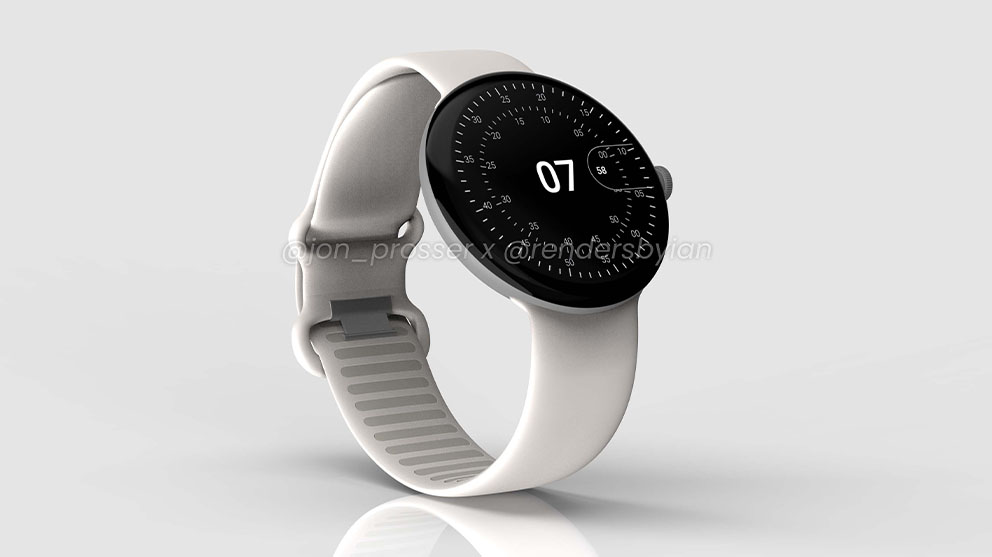 Google has been rumoured to be working on a Pixel smartwatch for years at this point.

Though reports surrounding the project disappeared for a few months, reports recently surfaced that the long-awaited wearable could arrive in 2022. Now, thanks to a rumour from Jon Prosser — a sometimes reliable source of tech leaks — we have a better idea of when we may finally catch an official glimpse of Google’s fabled smartwatch: May 26th.

I’m hearing that Google is planning on launching it on Thursday, May 26th — over year since we leaked it.

This is the first we’ve seen a set date on the device behind the scenes.

Google is known for pushing back dates — but if they do, we’ll know 👀 pic.twitter.com/Kk0D4Bom6d

Prosser says that this is “the first we’ve seen a set date on the device behind the scenes.” While it’s odd for such a specific date to leak this far ahead, it lines up with Google’s annual I/O developer conference, which usually takes place in late May.

Little is known about Google’s Pixel Watch, but it’s expected to feature a circular watch face, minimized bezels and an Apple Watch-like ‘Digital Crown.’ Previously rumoured features include a heart rate sensor and other fitness-focused functionality borrowed from Google-owned Fitbit.

As a long-time Apple Watch user, it would be great to see Google enter the wearable space in a meaningful way. While the Apple Watch remains the best smartwatch around, the tech giant has little incentive to add notable new features to the wearable with each yearly release.

For example, the Apple Watch Series 5 is nearly identical to the Series 6 beyond its more rounded sides. If Google is able to make a splash with its smartwatch, there’s a possibility it could push Apple’s line of wearables forward as well.