Almost to a fault 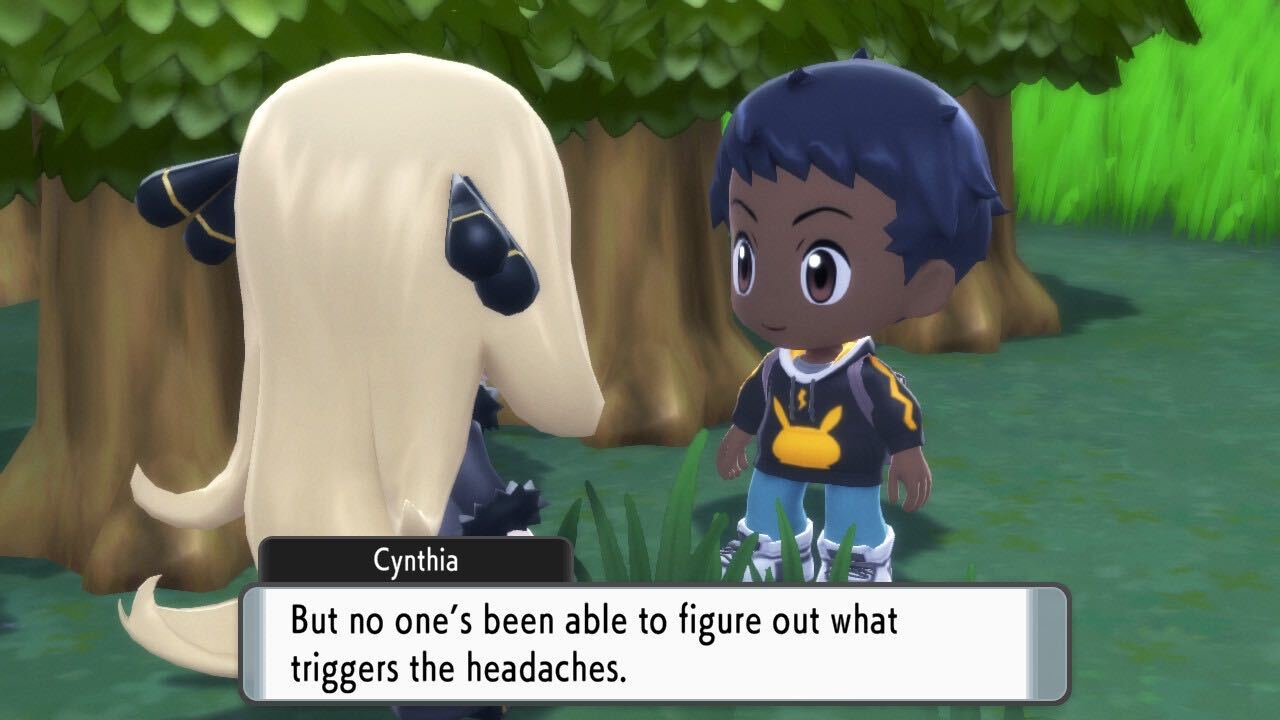 Pokémon Brilliant Diamond and Shining Pearl (BDSP) are precisely like Pokémon games I’ve played before, but better. Unfortunately, I’m not 100 percent sure this is a good thing. Some will love revisiting the region of Sinnoh, but others, especially those looking for a new experience, will be mostly disappointed.

For those who don’t know, BDSP are remakes of Pokémon Diamond and Pearl that were released on the DS back in 2006. These two new titles are faithful reproductions of their predecessors in nearly every way.

That said, there are a few optional new features, a graphical overhaul and quality of life changes. If you were expecting an entirely new Pokémon experience though, you’ll likely be disappointed in Pokémon Brilliant Diamond and Shining Pearl.

Note: This review only offers details up to the Canalave City Gym due to embargo restrictions. 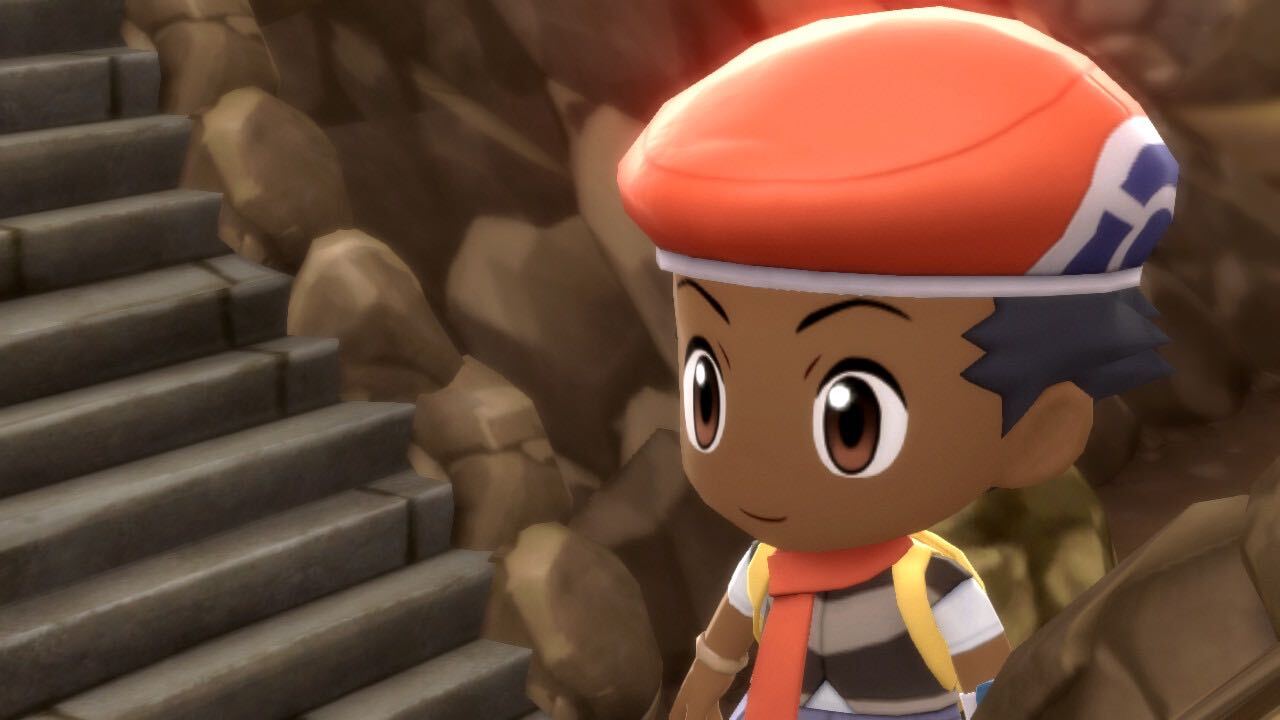 BDSP takes on a new look in comparison to recent Pokémon titles like Sword and Shield. For example, characters in the world feature cutesy/chibi giant heads that look adorable and a bit dorky. At first, the aesthetic is kind of weird, but during my time with the game, I grew to really like it. It reminds me of how Nintendo remade Legend of Zelda: Link’s Awakening for the Switch in a sense.

Beyond how cute the game looks, there are other visual enhancements. For example, water is fluid, with waterfalls looking exceptional, and fog is thick and bewildering. When you’re walking around during the day, you can also even see the shadow of clouds below your feet.

While attack animations could still use some work, there are other noticeable graphical updates to battles. For instance, depending on the time of day, you’ll notice the shadow of clouds in the background of a fight, and in the evening, enemies’ faces are sometimes shrouded by similar cloudy shadows. Weather effects are also improved, making rain look more daunting and wet, and sandstorms look more disastrous.

I also noticed that there are more static backgrounds in battles compared to previous games. The variety is excellent and far more preferable than the minimal selection of backgrounds in other Pokémon titles.

While several quality-of-life changes in BDSP result in a better overall experience, others make the title a bit too easy.

If you know how Pokémon typically works, you’ll know what to expect here. Once again, your goal is to complete your Pokédex and become the Pokémon Master. You do this by capturing and training Pocket Monsters, defeating gym leaders and exploring the world. One of the quality-of-life changes in BDSP is the inclusion of team-wide ‘Experience Share.’ This has been implemented in games since Pokémon X and Y but wasn’t included in the original Diamond and Pearl. In the older games, your only option was an ‘Exp Share’ item that you place specifically on one monster at a time.

While team-wide Exp Share is sometimes balanced in Pokémon games, this isn’t always the case. In BDSP, by the sixth Gym leader, I already felt like a champion with a team full of Pokémon Level 41 and up. As expected, the poor 6th gym leader, Byron, didn’t stand a chance. It’s also important to note that I didn’t do any grinding and barely fought wild Pokémon.

I think this level of hand-holding is suitable for younger players, as I remember struggling a lot with the game when I was a kid, but I wish this was an optional feature that made Brilliant Diamond and Shining Pearl more difficult for veterans.

“While Pokémon BDSP are mostly faithful remakes, there are some key differences, including the ‘Grand Underground.'”

Another major quality-of-life change is the addition of Pokétch. While Pokémon Diamond and Pearl allow you to teach HMs to Pokémon that enable you to fly, surf, break or move rocks and more, now they’re all in your Pokétch. The Pokétch seems to summon a Pokémon in the wild to help fly you somewhere or move a rock for you. This is a great way of handling this mechanic and I enjoyed not needing to use Bibarel — a Pokémon in the Sinnoh region that can learn pretty much every HM — but I also wish there was a wider variety of Pocket Monsters that appear to give you a hand.

For instance, every time I use ‘Rock Smash’ to break a boulder, it would be great if it wasn’t always Bidoof that appeared. Or if I’m in a cave trying to break a rock, the Pokétch should use a Geodude, or when I’m using ‘Surf,’ the item should call on a Mantine every once in a while.

Other updates include being able to change your skin colour, which is now a staple in Pokémon games but wasn’t incorporated until the series’ 6th generation, and the ability to purchase and wear new clothes.

While Pokémon BDSP are mostly faithful remakes, there are some key differences, including the ‘Grand Underground.’

First off, the underground area in Pokémon BDSP is inexplicably huge. I understand that it’s below the entire Sinnoh region, but it’s still a lot larger than I expected. To be fair, I don’t remember much of the Sinnoh Underground in the original games. I legitimately needed to pull up Serebii.net and look it up because when I was younger, I hated going underground. I found the Sinnoh underground boring, and it didn’t hold my attention for very long, but BDSP‘s Grand Underground offers a significant improvement.

While it still features digging for treasures, what primarily caught my attention are the Pokémon Hideaways. In BDSP, there are now little hideaways with different biomes in each area of the underground. You can find wild Pokémon throughout this region, and this is the only place where you can see Pokémon in the overworld walking around like in Pokémon Let’s Go Eevee and Let’s Go Pikachu.

These biomes also offer access to Pokémon you wouldn’t usually find in the early game. Pokémon Diamond and Pearl are well-known for their lack of Fire-types, and now because of the Grand Underground, I quickly found a Houndoom before reaching the fourth gym.

“…my Pokémon levelled up way too quickly because of the team-wide ‘Exp Share.'”

The Grand Underground still offers Secret Bases, but they’re a bit different this time. Instead of placing plushies, a desk, and other objects, you can only have statues in your Secret Bases. These statues can affect which type of Pokémon you’ll see next in an upcoming Pokémon Hideaway.

Another returning feature is Pokémon contests. In a contest, you select a Pokémon to join you, a ball capsule, clothing, and you’re on your way. This time, competitions are mostly just the ‘Dance’ judgment in the form of a rhythm game, instead of a memory/rhythm title like in the originals. I would have preferred if the ‘Performance’ part of the challenge was kept separate from the ‘Dance’ part of the competition.

Pokémon can also follow you around in this part of the game, a feature I adore. My Kriketune is so charming as it buzzes behind my character. 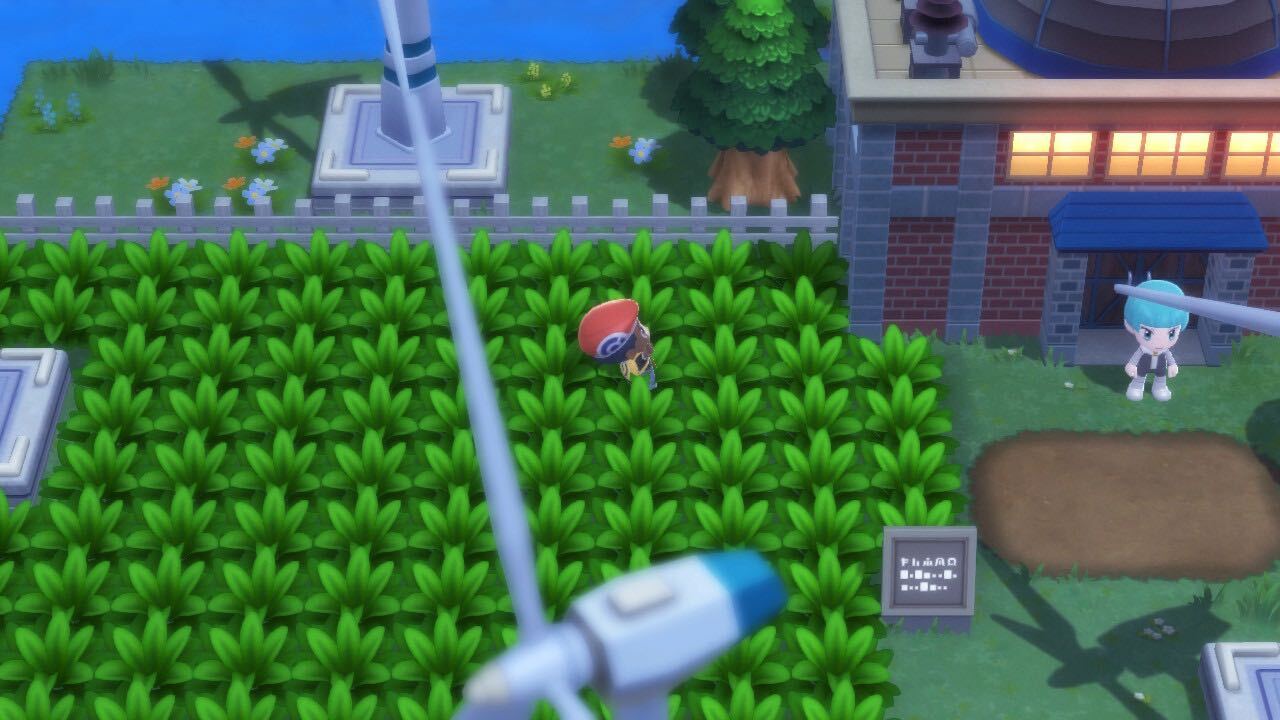 While there are several changes, most things remain the same in Pokémon Brilliant Diamond and Shining Pearl.

For example, the storyline is identical, with the player and their friend Barry finding Professor Rowan’s suitcase filled with three Pokémon. The player and his friend then have to defend themselves against wild Pokémon with one of the three monsters, and after that moment, the two of you become rivals.

You also help the professor figure out the reasons behind evolution and defeat the evil Team Galactic.

Even the gyms, leaders and their Pokémon are the same. Since Pokémon Diamond and Pearl, they’ve added 405 new Pocket Monsters, and while they don’t have to be in the main game, I think not adding any new Pokémon to the Grand Underground is a bit of a missed opportunity.

As previously mentioned, my Pokémon levelled up way too quickly because of the team-wide ‘Exp Share.’ To balance things out, gym leaders should have had higher level Pokémon, but instead, they were mostly the same, making the game far easier than the originals.

And don’t even get me started on Mega Pokémon. 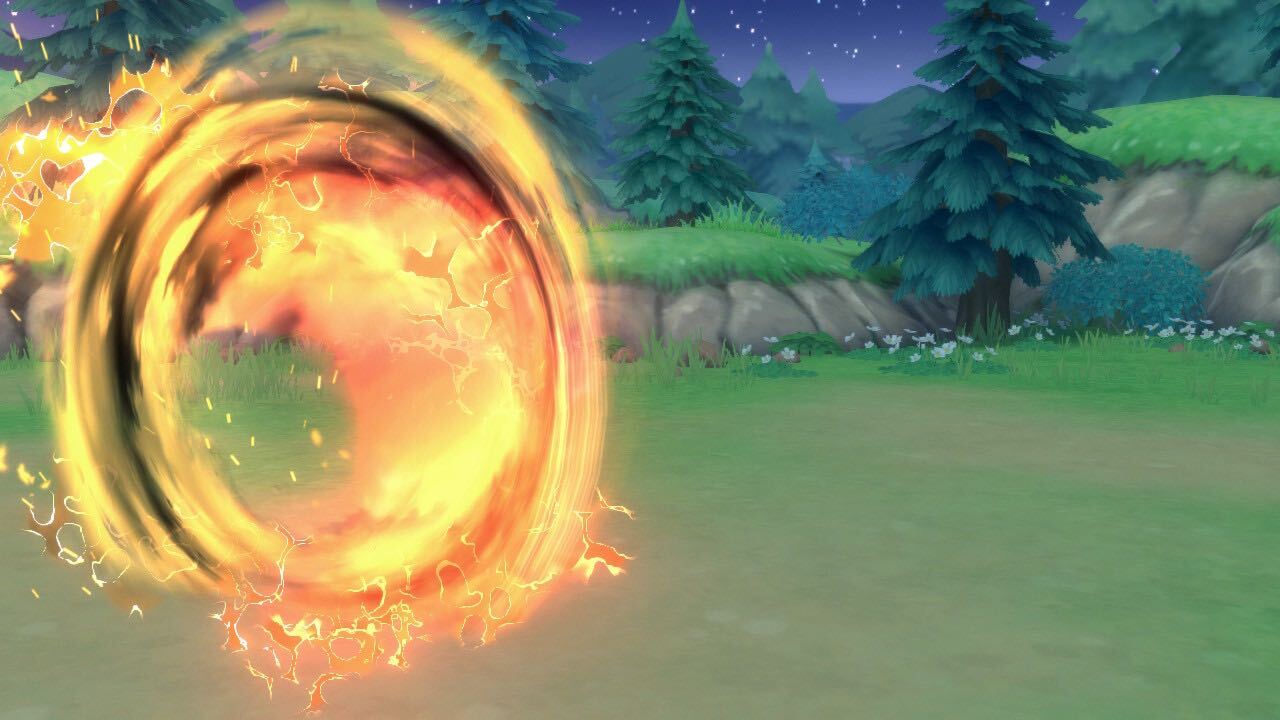 Developer ILCA did an excellent job remaking Diamond and Pearl and bringing an adorable aesthetic to its world.

“BDSP are perfect remakes that add subtle touches of modern flavour in all the best ways.”

However, I wanted to see a bit more of an update that includes Megas like Pokémon Omega Ruby and Alpha Sapphire, or, at the very least, newer Pokémon like in HeartGold and SoulSilver. 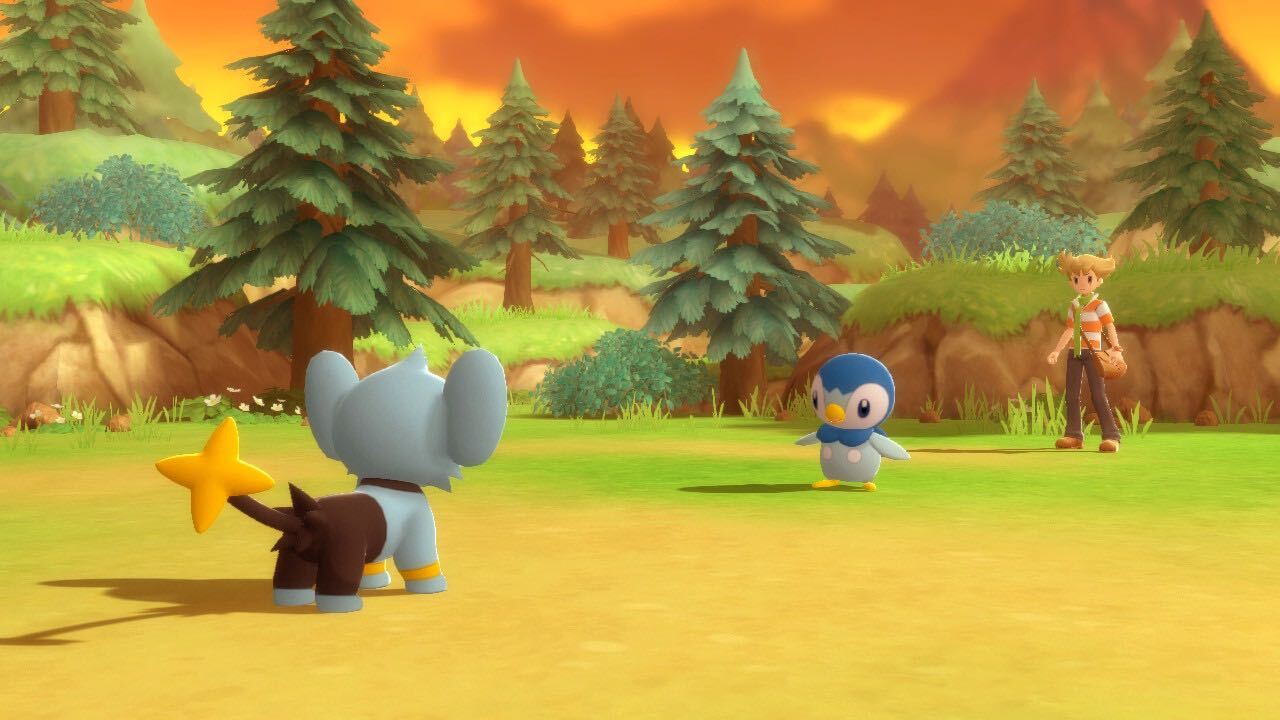 Don’t get me wrong, I’m still loving Pokémon Brilliant Diamond and Shining Pearl, but I’m also a die-hard fan of Pokémon, and I can see why many might decide to skip this adventure and wait for Pokémon Legends: Arceus when it releases on January 28th. On the other hand, some might just be looking for a nostalgic trip down memory lane, and if that’s what you’re looking for, BDSP are perfect remakes that add subtle touches of modern flavour in all the best ways.

Pokémon Brilliant Diamond and Shining Pearl are now available for the Nintendo Switch. Physical copies of the game are available at Best Buy, Amazon and more.