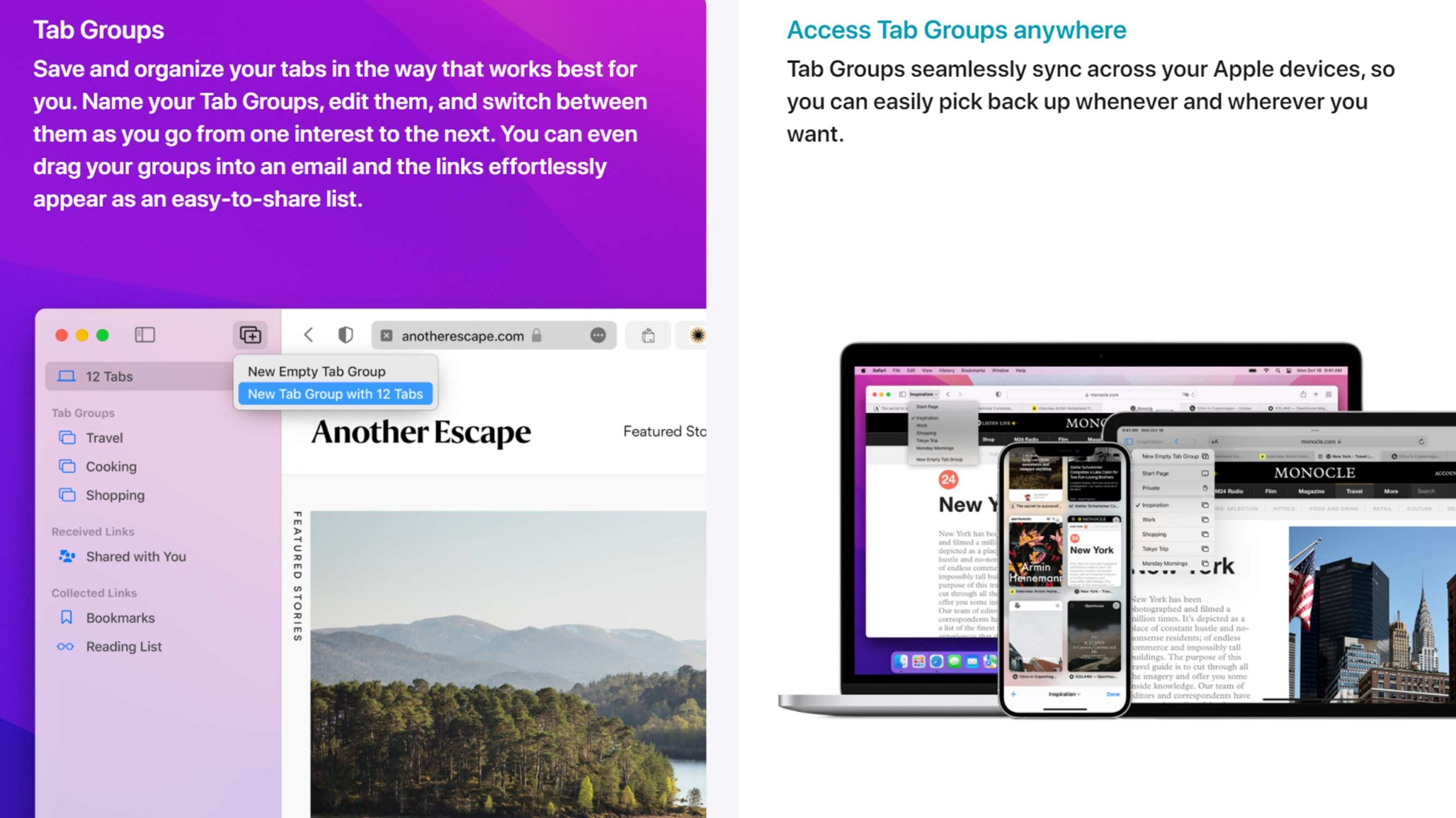 It appears that after some backlash, Apple is offering users a choice regarding the look of macOS Monterey’s version of Safari.

When Apple revealed the upcoming macOS update, it showed off a colourful new Safari redesign with smaller tabs that blend more seamlessly into the webpage you’re currently visiting. For example, in the beta version, the browser even took on a red shade when visiting MobileSyrup.

Apple then reverted the design in a recent beta build of the software, giving users the old look as the default, with the option of switching to the new one if they want.

Now, on the official macOS Monterey page, the company is again using the older design in a promotional image alongside several larger images. This suggests that the new design I really like is once again slated to be the default option, but with the layout featured in the beta in mind, I’m not totally convinced.

I hope the new design is the default moving forward since I enjoyed the colour-changing aspects and the smaller tab designs.

Beyond a Safari browser that’s barely getting updated, macOS Monterey is coming out on October 25th with Focus modes, SharePlay and more.