15 N64 games that need to be on Nintendo Switch Online 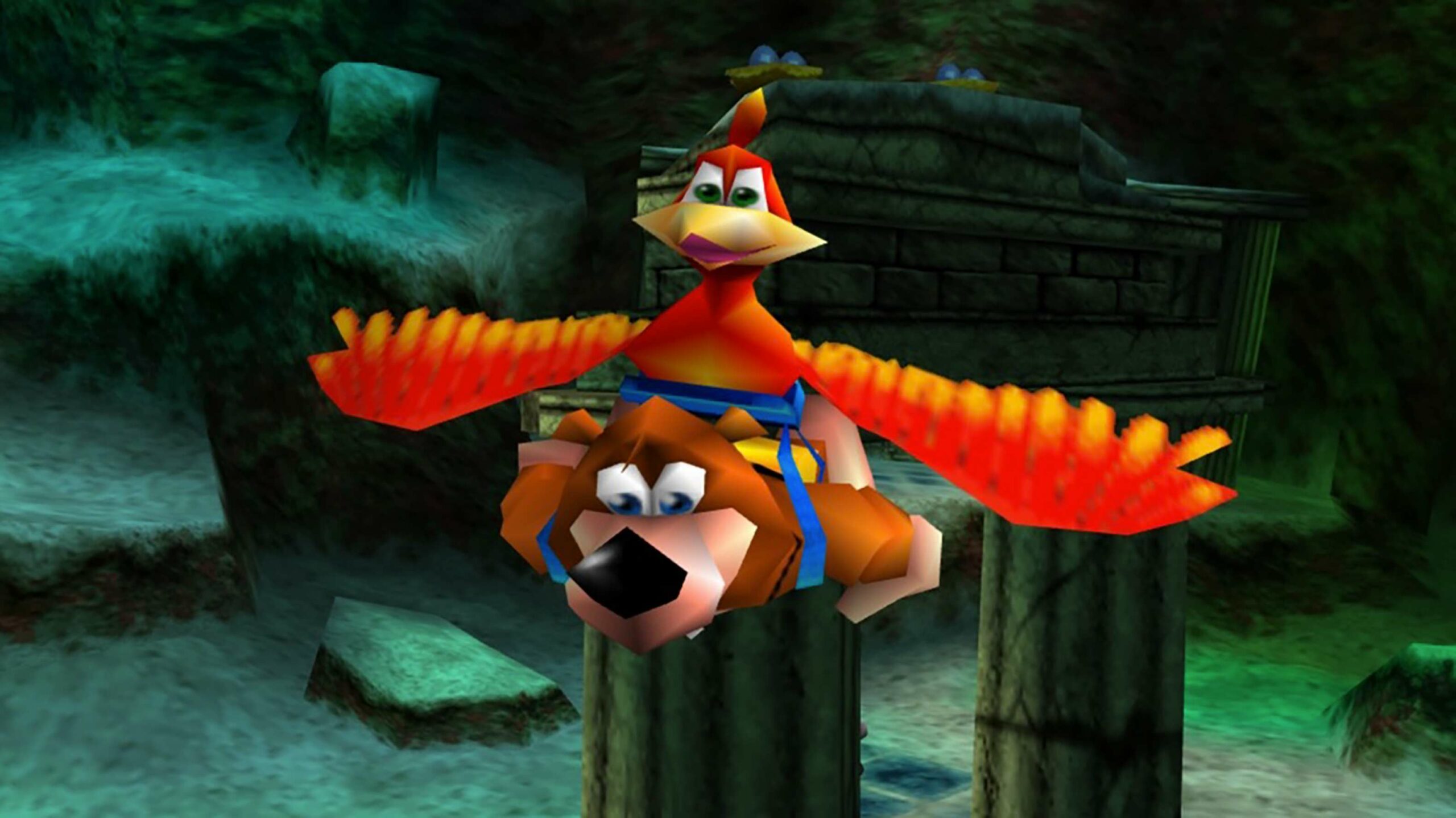 Compounding the excitement, Nintendo even provided a glimpse at many of the system’s big games that would be hitting the service, including Super Mario 64, The Legend of Zelda: Ocarina of Time, Star Fox 64 and even Banjo-Kazooie, which hasn’t seen a re-release on a Nintendo console since…well, ever.

Even with so many great games confirmed for the service, they’re just a portion of the system’s fantastic library. Just as we recently determined a list of Game Boy and Game Boy Color games we would like to see released on Nintendo Switch Online, here are 15 other amazing Nintendo 64 games we want to see on the console in the future. 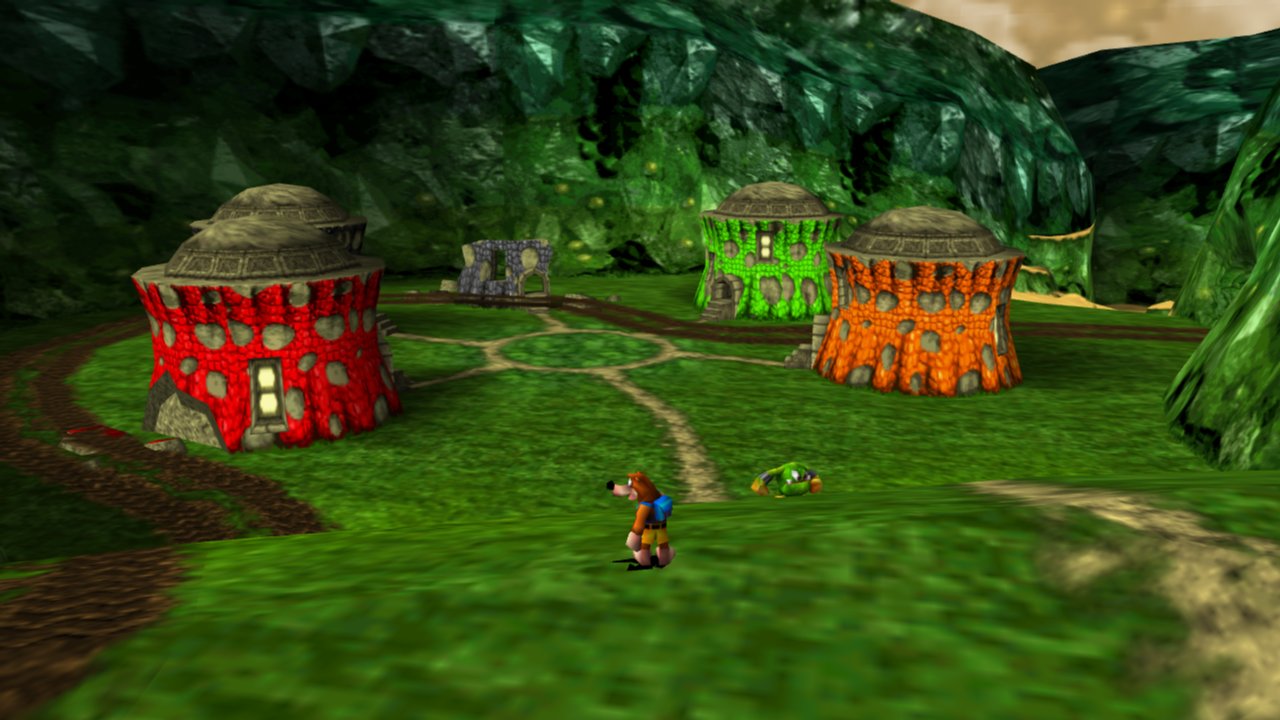 Gamers were floored to see that the original Banjo-Kazooie game, now owned by Microsoft, would be seeing a Nintendo Switch Online release sometime in the future, marking its first-ever re-release on a Nintendo console. The 2000 sequel, Banjo-Tooie, is typically held in even higher regard than the original.

It was bigger, darker, and more ambitious, building on its predecessor in almost every conceivable way, just as any good sequel should. One can understand why Nintendo would opt to wait a bit to announce a release for Tooie on the service, allowing gamers time to enjoy the brilliant original first before diving into the epic sequel.

Since its inception, Hudson Soft’s Bomberman franchise was best known for addictive multiplayer with a secondary emphasis on action-adventure. The series’ first fully 3D title, Bomberman 64, flipped things around, giving the primary focus to action-adventure and platforming with multiplayer taking a back seat.

The result was a short but sweet adventure game that utilized Bomberman’s skills in ways never before seen and cemented him as a hero from that point onward. The game proved popular enough to warrant two sequels, Bomberman Hero and Bomberman 64: The Second Attack, as well as countless adventure games for later consoles.

Rare’s first foray into the racing genre made for a formidable Mario Kart clone. Actually, calling it a clone would be doing the game a tremendous disservice. Diddy Kong Racing took the kart-based gameplay of its inspiration and turned it up to 11. Not only did the game incorporate planes and hovercrafts into the mix, but it also featured a fleshed-out adventure mode, complete with an engaging storyline, bosses and even a villain to defeat.

Couple that with a soundtrack by incomparable Donkey Kong Country composer David Wise, and you have a racing game that, even today, stands tall alongside the most recent Mario Kart entries. And speaking of Donkey Kong… 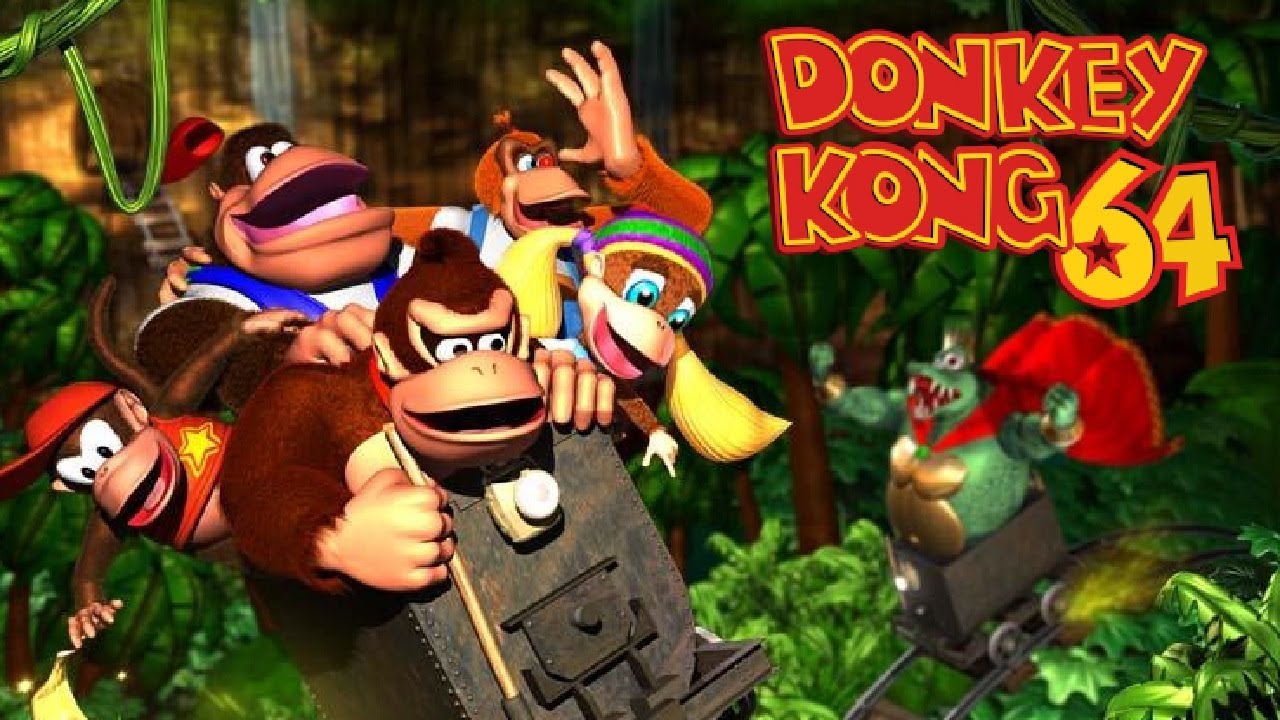 Donkey Kong’s first and only platforming adventure for the N64 was a tremendous hit when it was released in late 1999. The game was one of the most massive platformers of its day — for better or worse. Many felt that the game was a tad too big and that there was too much stuff to collect, but no one could deny that the traditional Donkey Kong charm, loveable characters, engaging gameplay and bopping soundtrack were all present and accounted for.

One could argue the game continued to refine the 3D platformer genre for years to come. No doubt Nintendo recognizes the appeal as well; they released the game for the Wii U Virtual Console in 2015, so a Nintendo Switch Online release likely isn’t far behind. 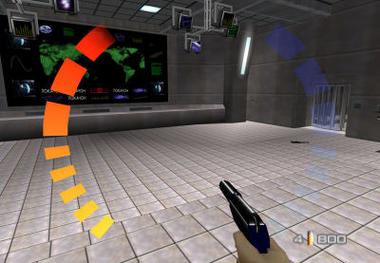 Games based on licensed properties tend to be hit and miss quality-wise, but GoldenEye (often called GoldenEye 007), based on the James Bond film of the same name, was an exception in every sense. In fact, many would say it was the poster child for the first-person shooter genre before Halo hit the scene several years later.

No huge surprise; the game was developed by Rare, which was at the top of its game at the time. GoldenEye pioneered many elements that have since become FPS staples and showed what the genre on home consoles was truly capable of. Licensing rights make this game a tricky one to re-release, but Nintendo has been known to work miracles, especially where its most notable games are concerned. 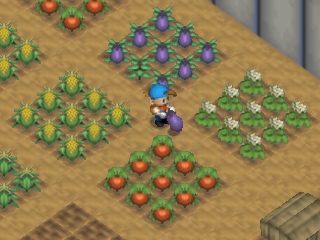 It continues series traditions of growing crops, raising livestock and starting a family, now in glorious 64 bits. Even though the series has released many games since, Harvest Moon 64 still stands out for bringing the series into 3D for the first time. Publisher Natsume saw fit to re-release the game on the Wii U Virtual Console in 2017, so it wouldn’t be a surprise to see it on Nintendo Switch Online at some point in the future. 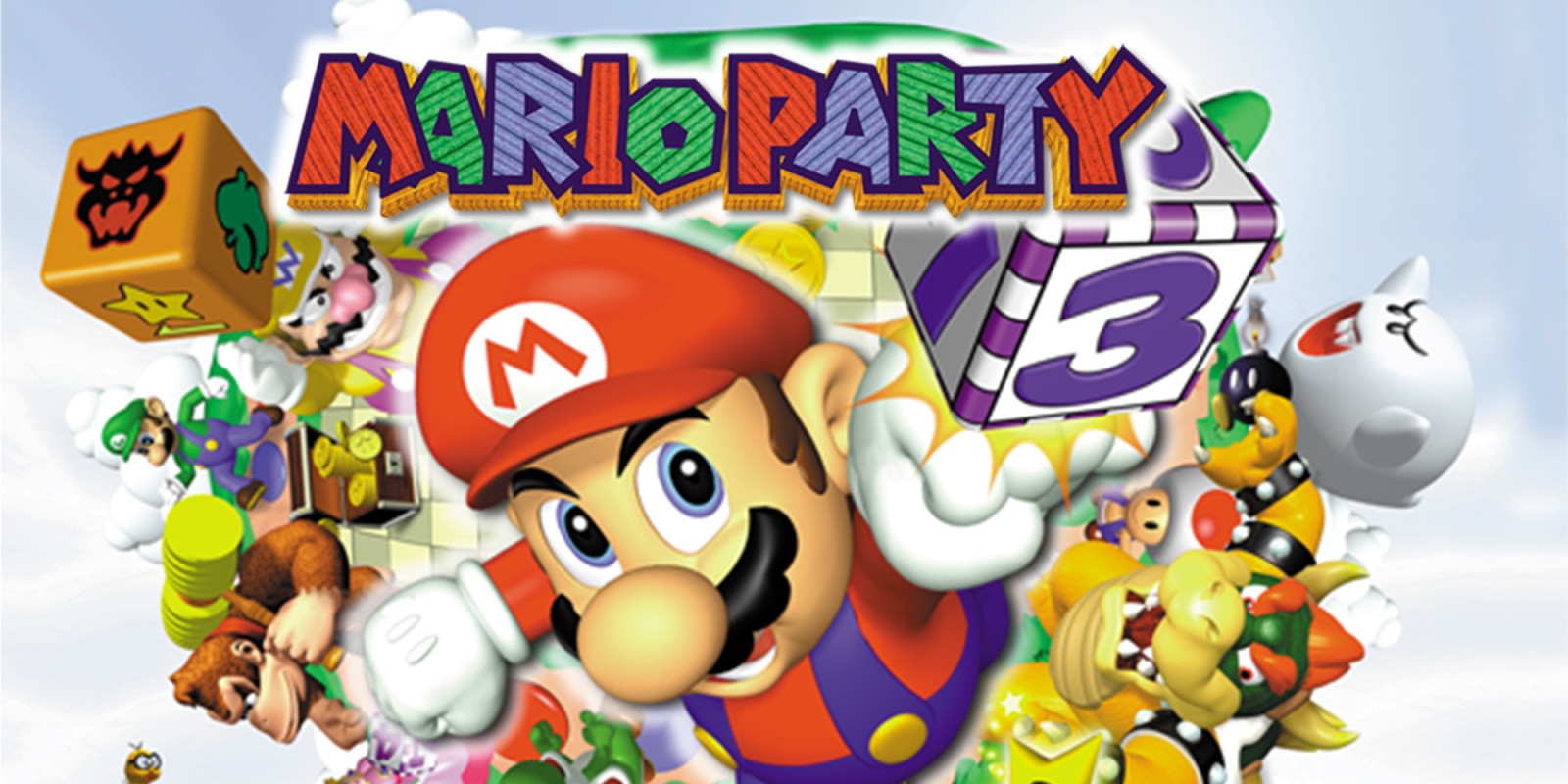 Nintendo announced a handful of Mario spin-offs coming to Nintendo Switch Online, but one was noticeably absent: Mario Party. The penultimate party game’s reputation precedes itself; it has over a dozen sequels to its name and has inspired countless party games since.

Okay, so an obvious question arises: why Mario Party 2 instead of the original? Well, it so happens that Nintendo has never re-released the original game, partly due to the controversy of players getting burns and blisters from rotating the N64’s uncomfortable analog stick for various mini-games. Nintendo has instead opted to re-release the sequel for its Virtual Console services, and it stands to reason it’ll do the same for Nintendo Switch Online in the future. 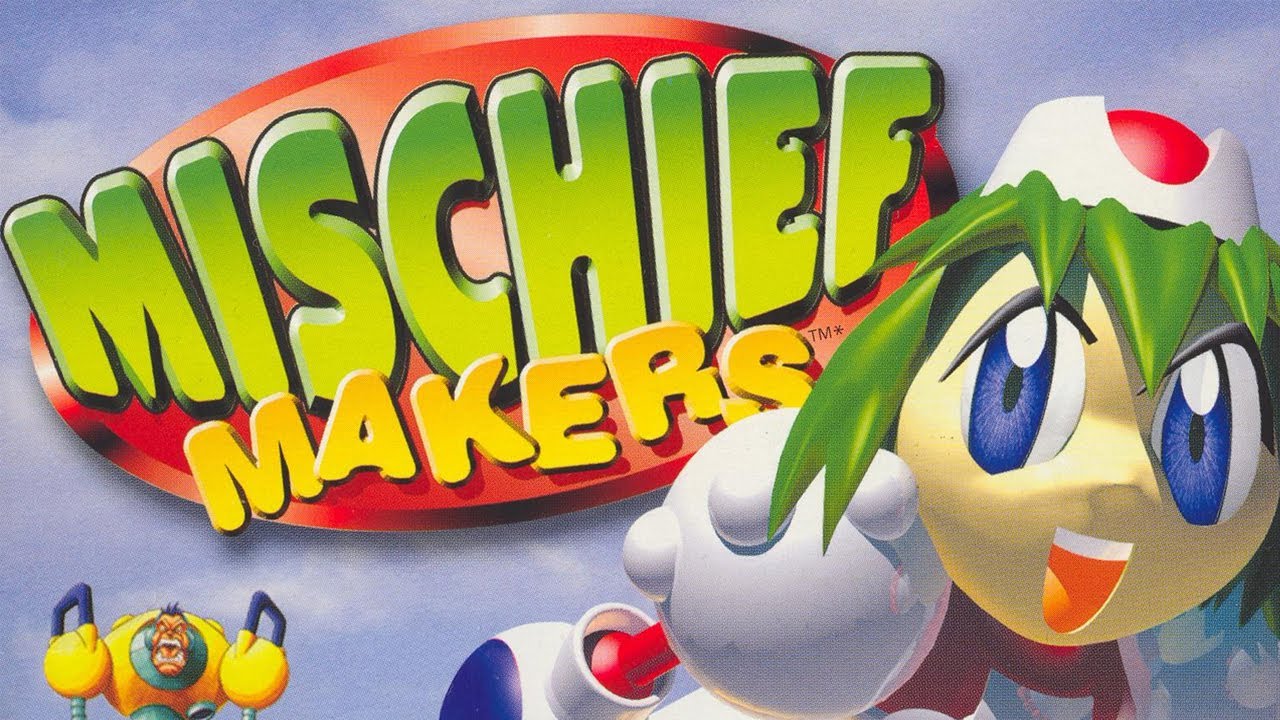 Developer Treasure was famous for such hits as Dynamite Heady and Gunstar Heroes throughout the 90s, and the same sort of influence is apparent in their first N64 title, Mischief Makers. When every other developer was jumping headfirst onto the 3D bandwagon, Treasure stuck with the 2D route for this action platformer. Unfortunately, this bold decision led to the game slipping under many gamers’ radars.

Thankfully, though, history has vindicated Mischief Makers as an undeniable cult classic, and with frenetic grab-and-shake gameplay, unapologetically ridiculous story and characters, and insanely memorable bosses (as is par for the course for a Treasure game), it’s no surprise as to why. Treasure has recently said to “stay tuned” regarding upcoming N64 releases for Nintendo Switch Online, and considering it only released three games on the system in its lifetime and one is already confirmed, it would seem the potential for a Mischief Makers re-release is higher than ever.

The Nintendo 64 launched in 1996 with two games: Super Mario 64 and Pilotwings 64. Being the only other game released alongside the legendary Super Mario 64 alone is enough to make this game worth a look, but it’s also great in its own right. It brought the world of flight simulation to life in full 3D on home consoles, from hang gliding to roaring through the skies on a jet pack.

Nintendo’s input as co-developer allowed the game a certain charm that set it apart from other flight simulators that would be released later. Despite selling over a million copies, Pilotwings 64 has yet to see a rerelease since its N64 days, making now the perfect time for a comeback. 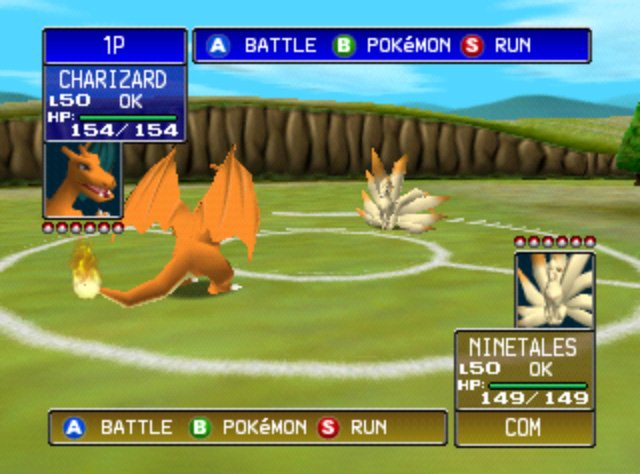 Whereas Pokémon Red and Blue for the Game Boy featured sickly, green, wonky 8-bit sprites of the original 151 Pokémon, Pokémon Stadium brought them to life in eye-popping (at the time, anyway) 3D. Players could transfer their ‘mons over to Stadium and duke it out in epic three-dimensional battles, the likes of which wouldn’t be seen in the mainline games until Pokémon X and Y in 2013.

The game served as a must-have counterpart to the original Game Boy titles, and while later games admittedly had much better execution of 3D Pokémon gameplay, the influence of Pokémon Stadium back in the late 90s can’t be understated.

Star Wars: Shadows of the Empire 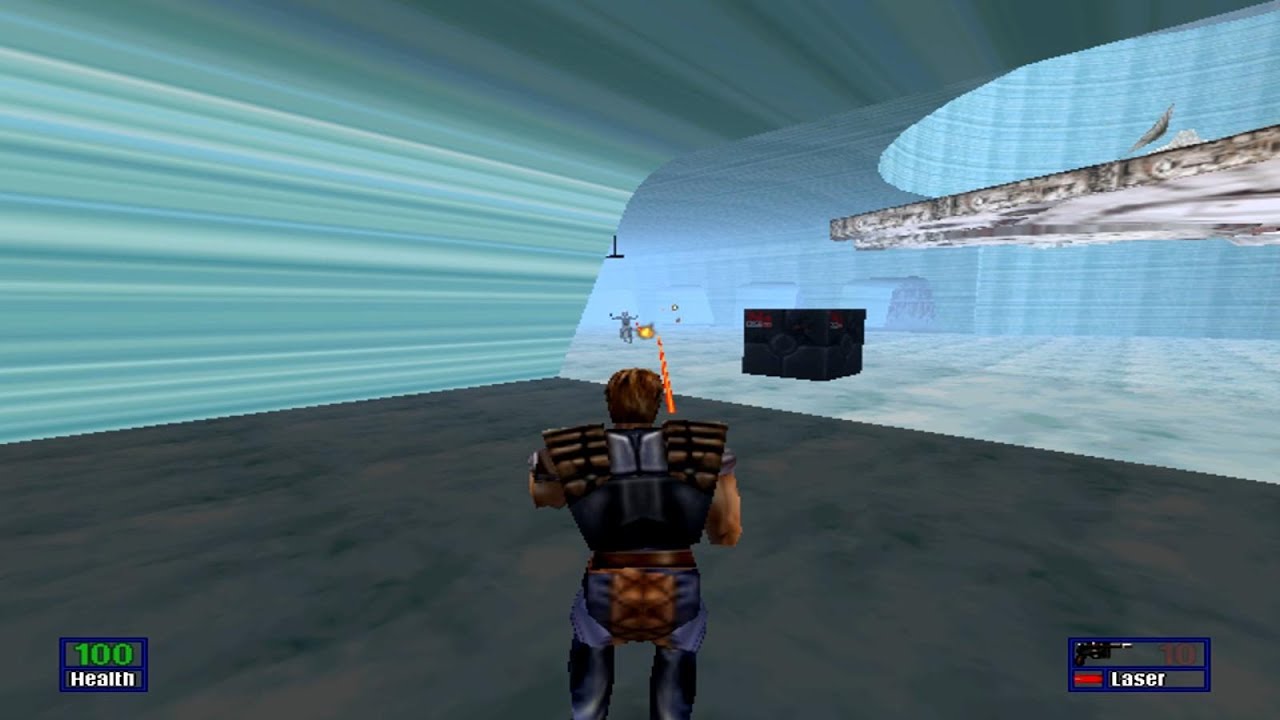 Frankly, there are several N64 Star Wars games worthy of this list, but if we had to pick one that best captured the Star Wars spirit, that honor goes to Shadows of the Empire.

Mixing third-person shooting and vehicular combat, Shadows takes place between the events of The Empire Strikes Back and Return of the Jedi and features almost everything that makes Star Wars great: blowing up space stations, chasing bandits on landspeeders, hogtying AT-ATs on Hoth…really, the only thing keeping Shadows from being the ultimate Star Wars game of its time was a distinct lack of lightsaber battles. It was even given a cartridge re-release from Limited Run Games in 2019.

Possibly the most surprising omission from the list of upcoming digital Nintendo 64 titles was the original Super Smash Bros. To say it was a much smaller game than its successors would be the understatement of the century; it featured a very modest 12 fighters and nine stages, but the same classic fighting gameplay the series would be known for decades later.

Of course, we all know this was simply the groundwork for what was to come, but the charm of the original game shouldn’t be missed. Anyone who feels overwhelmed by the size of current Smash Bros. games might be more comfortable with this more intimate fighting affair. Why this classic wasn’t announced as an upcoming game for Nintendo Switch Online is a mystery, but it’s safe to say it’s a matter of when — rather than if — it hits the service.

Yeah, believe it or not, there really were this many great sports games on the N64. Snowboarding was huge in the late 90s, and Nintendo wanted a piece of the action. Enter 1080° Snowboarding, a snowboarding game developed by the ‘big N’ itself. The game’s graphics, gameplay variety and accurate simulation of snowboarding were widely praised at the time, and still hold up well today, enough that Nintendo saw it worthy of a re-release on the Wii Virtual Console in 2008. 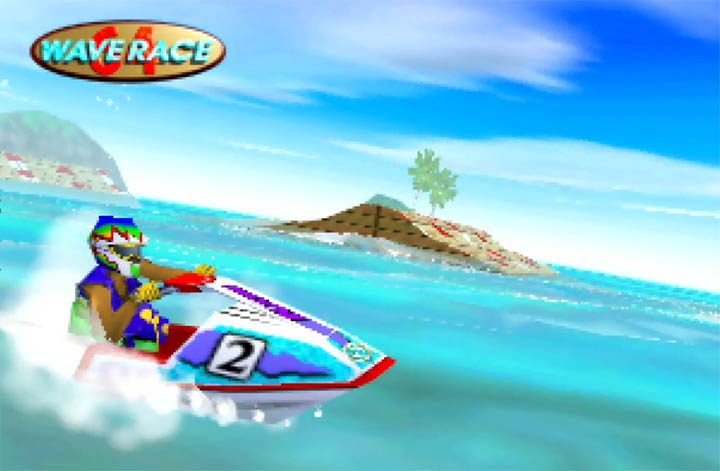 When it came to sports and racing games, the N64 had no equal, and Wave Race 64 was a prime example. Released in 1996, the game featured relatively simple jet ski racing gameplay that anyone, novice or expert, could enjoy. With the advent of 3D gaming, wave physics were a relatively new concept, and Wave Race 64 nailed them on the first attempt.

You really felt like you were riding a jet ski across the water. Possibly the most memorable aspect of the game, however, is the poppy synth soundtrack by illustrious Nintendo composer Kazumi Totaka. Racing games don’t tend to stand out in gamers’ minds quite like those of other genres, but Wave Race 64 is a much-beloved exception. 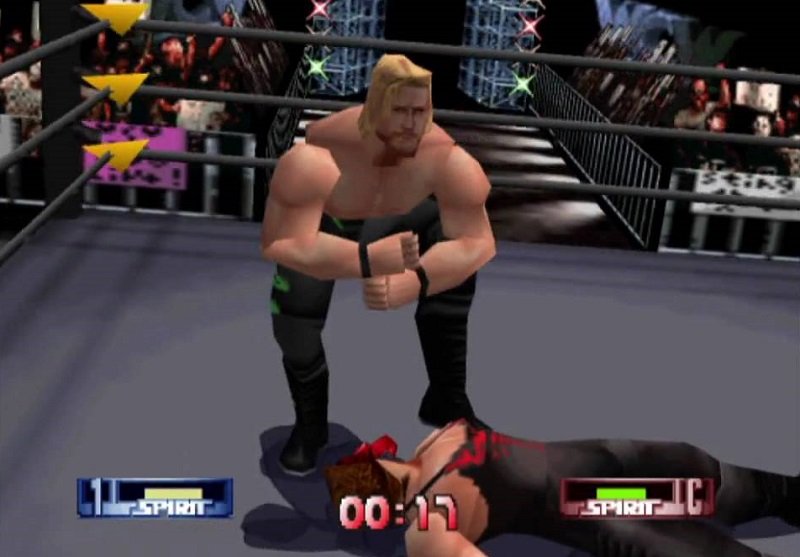 The Nintendo 64 was home to the biggest wrestling games of the era, and none were bigger than WCW/nWo Revenge. Released during a golden era in wrestling, it went on to become one of the top-selling third-party games for the system.

It featured a number of improvements over its predecessors, most notably an easy-to-learn grappling system that allowed for a wide swathe of moves to be performed. Not to mention, it featured some of the most well-known wrestlers of all time during their primes.