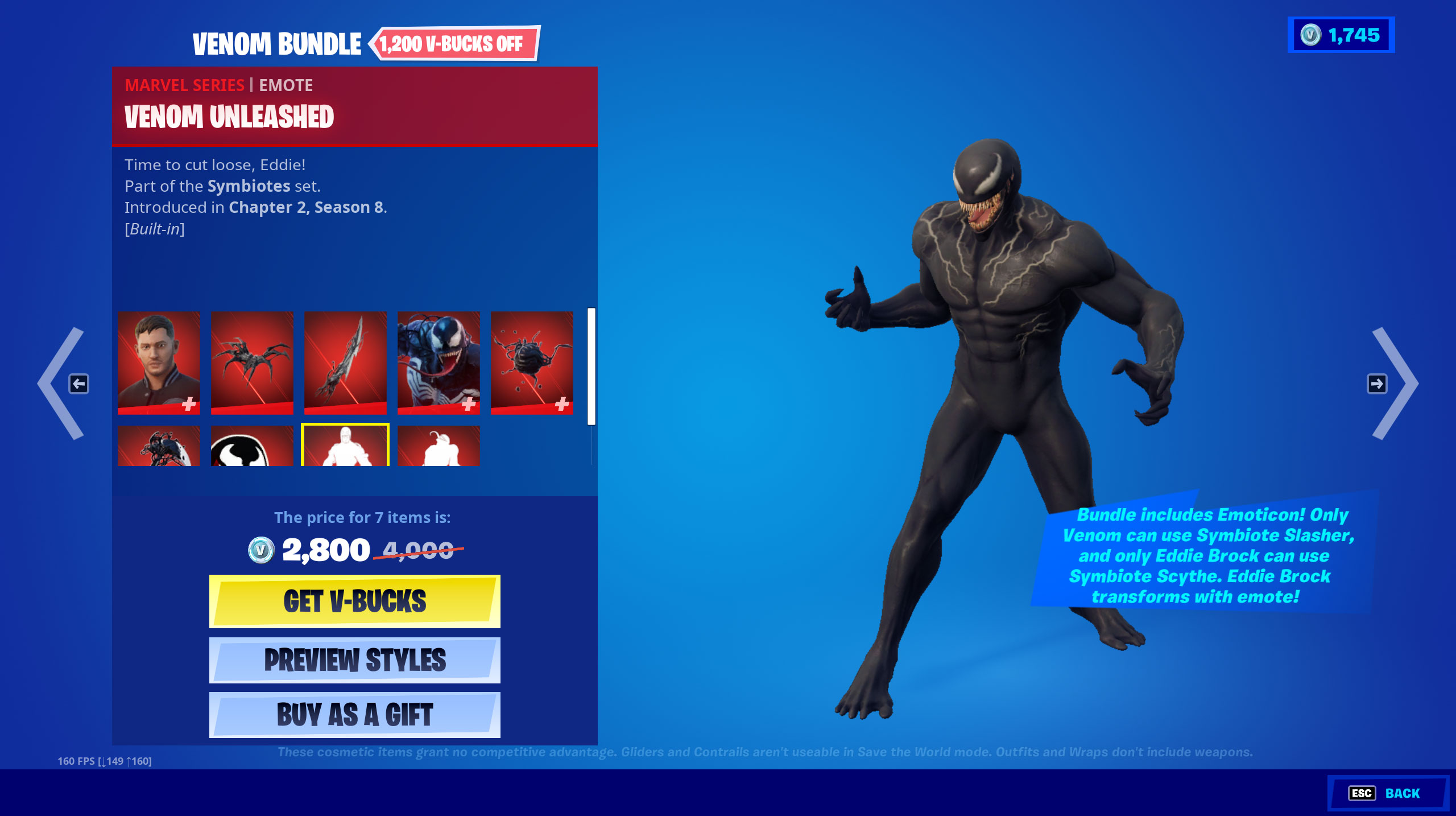 You can pick up the Venom Bundle from the in-game item shop for 2,800 V-Bucks ($26.99) which includes the Eddie Brock outfit, (old) Venom outfit, a ‘Tendrils of Venom’ back bling, ‘Symbiote Scythe’ pickaxe, (old) ‘Tendril Tote’  back bling, (old) ‘Symbiote Slasher’ pickaxe and three emotes.

Apples. Cabbages. Chickens. Floppers. So many snacks, so little time.

Bond with the symbiote with the Eddie Brock Outfit and become Venom.https://t.co/iFdbYMgkAX pic.twitter.com/JGvOHQ5FQG

A Symbiote Trail Contrail and Symbiotic Sail Glider are also available separately for 400 and 800 V-Bucks, respectively. Further, Eddie can transform into Venom and back with the ‘Venom Unleashed’ emote (included with outfit purchase) any time in-game (see Tweet above for reference).

While staying on-topic of Fortnite, Apple says it won’t allow the game back on the App Store yet, and Epic CEO Tim Sweeney isn’t happy about it.

Late last night, Apple informed Epic that Fortnite will be blacklisted from the Apple ecosystem until the exhaustion of all court appeals, which could be as long as a 5-year process. pic.twitter.com/QCD7wogJef