Wario and friends battle against glitches, bugs and crunch culture in their new game for the Nintendo Switch 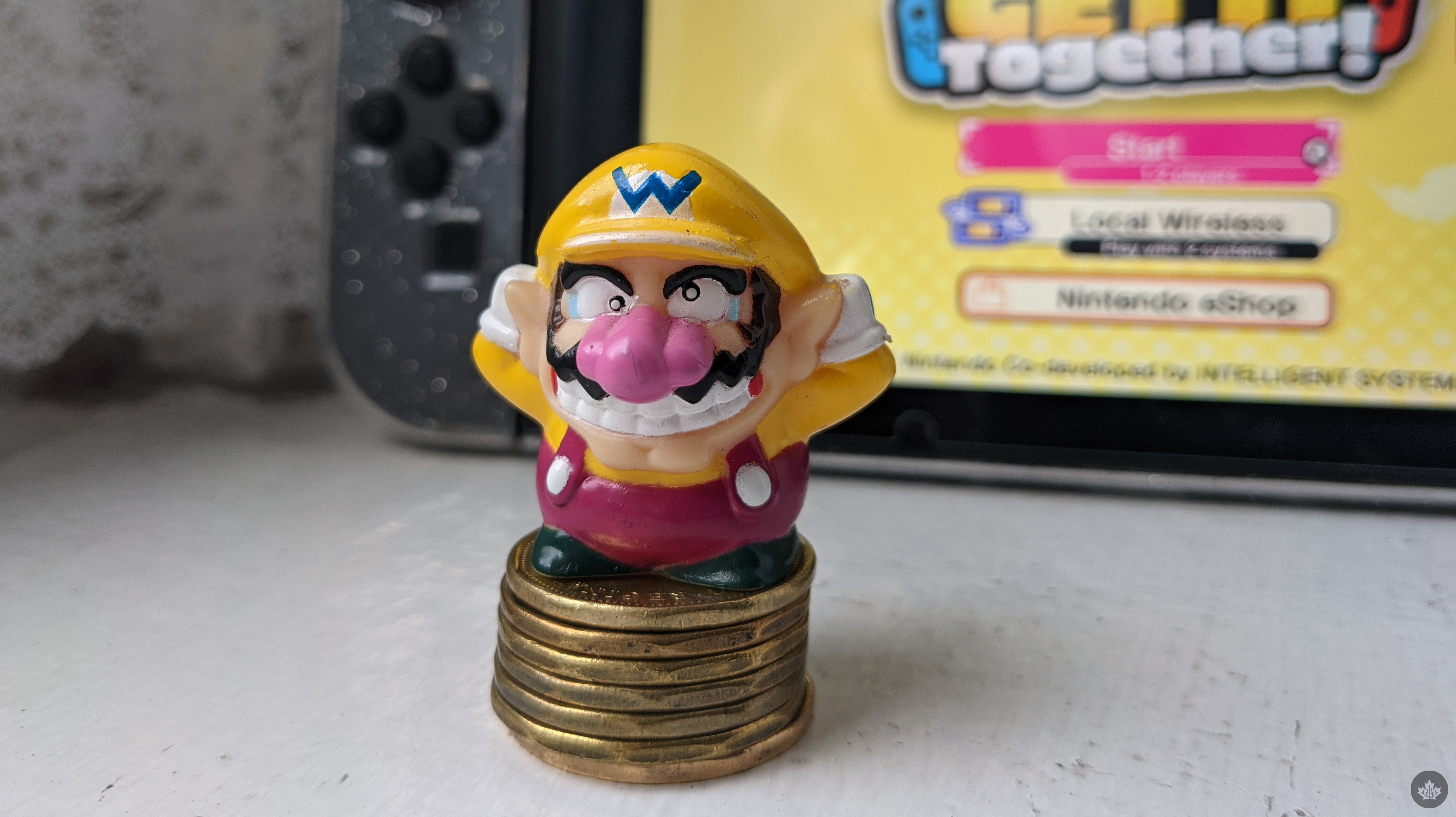 The premise of every WarioWare game is pretty much the same: In his ongoing quest to get filthy rich, Wario decides to start a video game studio.

However, the opening scenes of WarioWare: Get It Together! — the series’ first entry on the Nintendo Switch released on September 10th — add a new twist to the familiar story. This time, Wario and his friends are sucked into the game they just created and must fight their way out by quashing the evil bugs and glitches ruining their hard work — one five-second “microgame” at a time.

So, what better way to review the game than to get a real-life QA tester to play it?

Our volunteer is a senior quality assurance tester who’s been working in the Montreal video game industry for nearly 15 years across multiple studios. Utterly unlike the greedy Wario, who’s described in-game as loving “treasure, money, and garlic,” our anonymous tester was quite generous with their time.

In fact, they’re the complete opposite of our titular hero, Wario. So for the purpose of this story, I guess we’ll call them… Mario.

Question: You’ve worked as a video game quality assurance tester for quite a while now. What’s the #1 misconception about your job?

Mario: Some people think that QA testers just play video games all day. But there’s a big difference between playing a game and testing a game. Sometimes, as part of your job, you’re asked to participate in a playtest session — which is literally when you just play the game and see how it goes. But 95 percent of the time, what you’re actually doing is testing.

More me! I’m not like those other chumps! Choose me in #WarioWareGetItTogether! pic.twitter.com/d77VdUq2S8

The difference between playing and testing is that when you’re testing, you have a very specific set of goals. You’re trying to break the game and find ways to disrupt the flow, rather than enjoying the game itself. You’re making sure all of the features are working as they should. When you hit a crossroads or decision point in the game, you’re not picking the most interesting option; you’re thinking, “OK, if there are five different paths to choose from, I’ll have to test all five.”

Sometimes you don’t even touch the game and your entire day is test planning — actually writing out the instructions for the test cases you need to run. Or you might just be reading documentation, or attending meetings. Any given week, you might actually only look at the game you’re working on for five hours total, or the full 40 hours. It really depends!

Q: In WarioWare: Get It Together!, you have five seconds to quickly win mini-games using 18 different characters with unique abilities to pick between. What do you imagine the QA process was like for a game like this?

Mario: Oh, I’m sure there were a lot of people involved. What’s tricky in games like this is the mini-games are so brief, and yet there’s so much you can do as a player in the five seconds you’re given. I’m sure the testers must have had debugging tools to allow them, for instance, to pause the timer and stay in a mini-game for however much time they needed.

To actually test the level thoroughly in a game like this, you need cheats that allow you to play the same level over and over and over or extend the amount of time you have. Otherwise, this would probably be a nightmare to test.

Q: Speaking of the game’s huge roster of playable characters, the in-game explanation is that they’re all part of Wario’s video game studio. There’s also a multiplayer mode where two players can work together as different characters to beat mini-games. How many people does it generally take to make a video game?

Mario: My experience with past studios is you’ve usually got a team of around 40-50 people. But it really can vary. The smallest team I’ve been on was about 5-7 people. There was a QA tester — i.e. me — plus a designer, an artist, a producer, and the client. Teams can be as small as that to put out a simple iOS app, for example.

I’ve also worked for games set for release on console and PC, and those teams can be over 1,000 people or more, working across different studios, on different aspects of the game. In those cases, there can be 5-6 different studios all chipping in together just to do the QA testing.

Q: Each level in WarioWare involves clearing — essentially debugging — a section of the glitched-out in-game game. What’s the weirdest bug you’ve ever encountered?

Mario: A reoccurring one that always makes me laugh is when you’re testing a game and the character is in a dynamic pose, like mid-jump or falling, and you trigger a cutscene — but you stay in the pose. So instead of standing there seriously, the character is flat on their back or flailing their arms around as the cutscene plays out around them.

Bugs aren’t always bad, though. Sometimes you find a bug, and it ends up that bug was actually making the game more fun — so you keep it!

Let’s say you have a game where your character is supposed to have very realistic physics, but there’s a bug in the game that makes them jump way too high. After testing and playtesting the game with the designer and different members of the team, you might decide even though it’s technically a bug — in that it’s not what we intended to be in the game — it actually adds something cool to how the gameplay feels. At that point, the bug becomes a feature.

Now this! This is what I call garlic. I would eat this garlic with my bare gloves. 7.5/10 raw, 12/10 roasted. Eat, STINK, and be merry! #RATEMYGARLIC pic.twitter.com/oGV1WOp0CO

Q: You noted that even the background music is purposely designed to sound buggy and corrupted in certain parts of the game. As a QA tester, do you need to test game audio as well?

Mario: Absolutely. You need to make sure that sound effects trigger and mute like they should, that dialogue isn’t clipping, that the background music transitions and loops smoothly from one section of the game to another.

Audio is actually probably the most overlooked part of testing. You’re so focused on the visual stuff, it’s often the very last element you end up testing for. But of course, you have to test audio like you test everything else.

Q: The WarioWare series is all about playing games, as fast as you can, until you can’t keep up and have to start over. Is QA testing similarly frantic, especially as release dates start looming?

Mario: You do have to be wary, in that if it’s a Monday, and the game is going live on Friday, the later you flag a bug, the lower the chance that your team will be able to fix the bug on time. So there’s a bit of a pressure to find and resolve bugs as early as possible.

At the end of the day, I think a game without any bugs doesn’t really exist. The longer you work at debugging, the cleaner a game you’ll have. But ultimately, your job is less about putting out a perfect game, and more about finding and fixing as many bugs as possible before your live users encounter them themselves — which you don’t want.

WarioWare: Get It Together! is available now on the Nintendo Switch, and currently retails for $64.99 .