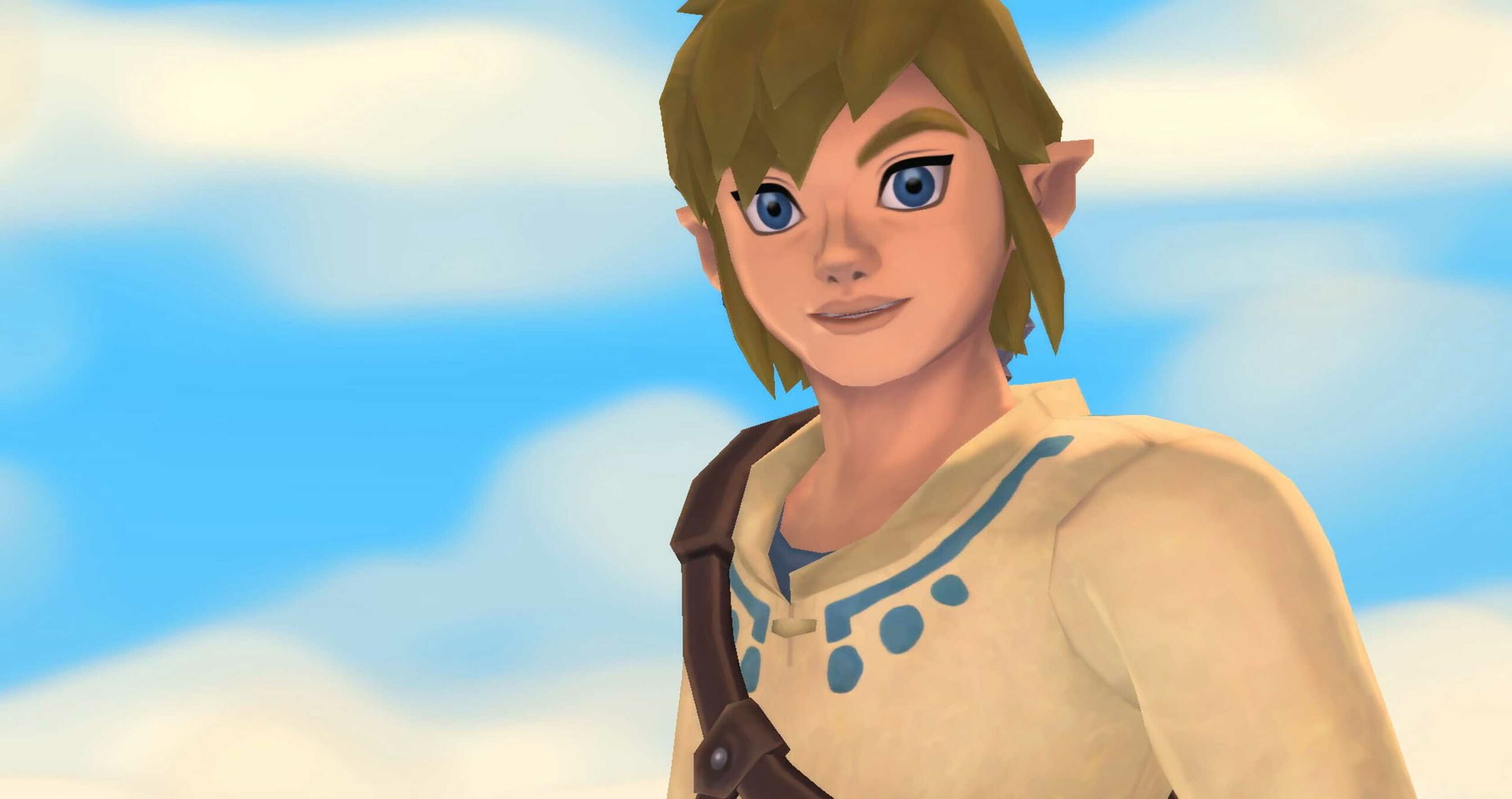 I have an interesting connection with The Legend of Zelda: Skyward Sword HD.

Back in 2011, I was running my own now-defunct gaming blog called Gamejudgment. One of the key challenges my team and I would run into was actually getting our hands-on review copies of games. At the time, I’d received several indie titles, though getting the “big three” gaming giants to pay attention to my Canadian gaming blog was a difficult task.

Thankfully the “Big N,” as I’m sure I called Nintendo at the time, was the only gaming giant to operate a loaner review program, and Skyward Sword for the Wii was one of the first titles I got my hands on (you can read my surprisingly not awful story about Skyward Sword‘s motion controls on Destructoid‘s community blog platform, though it now features weird formatting for some reason).

To my surprise, many of my decade-old thoughts on the game still hold true today. For example, unlike what I assume is the case with most people, I find Skyward Sword‘s motion controls to still feel genuinely innovative, even with the Switch’s Joy-Cons. The ability to move the Joy-Con around and see an immediate reaction from Link’s sword, slingshot, bow and more is still super cool and accurate on Nintendo’s home console-portable hybrid system. During my time with the game, I got into several heated sword battles with the game’s varied enemy types, particularly Bokoblins.

“It quickly became clear that motion controls are the way to play Skyward Sword on the Switch, which might not be what many people want to hear.”

With the HD remaster for the Switch, Nintendo has also added a new input method that lets you use the right joystick to control the sword’s direction. This works well when playing in handheld mode, but feels a little awkward, especially after playing Breath of the Wild and other earlier Zelda titles that feature basic ‘push-one-button’ sword attacks. It quickly became clear that motion controls are the way to play Skyward Sword on the Switch, which might not be what many people want to hear. 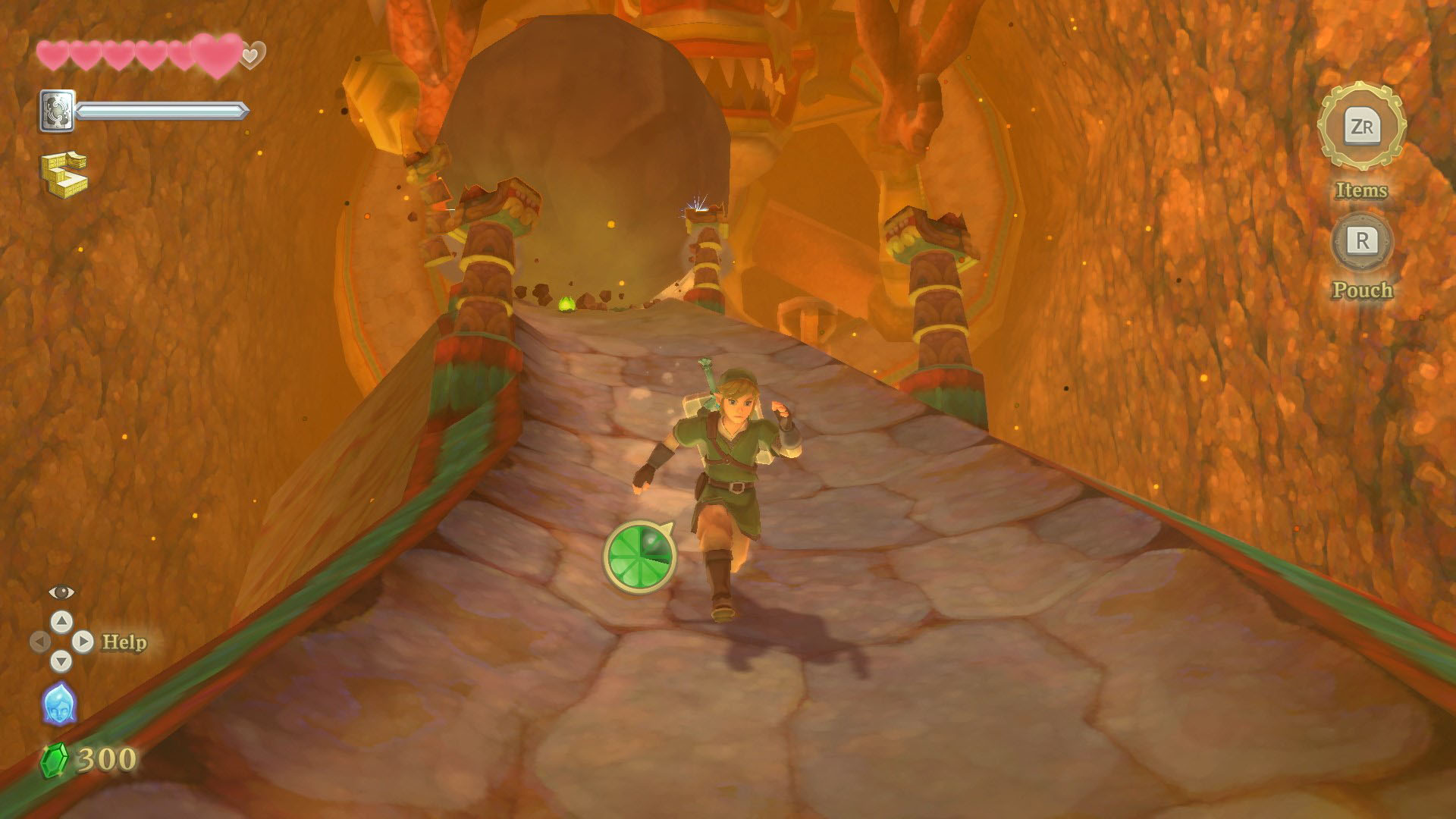 Visually, Skyward Sword‘s cartoony aesthetic has aged remarkably well and the game looks great running at 60fps on the Switch. At times, muddy textures on doors, trees and other objects painfully remind me that this game was released a decade ago. Still, the graphics generally remain impressive and far better than I expected.

Speaking of ageing poorly, the pacing of Skyward Sword feels unlike any other Zelda title. For example, it took me nearly five hours to make it to the game’s first dungeon. There are also several seemingly never-ending, bland cutscenes and no voice acting in Skyward Sword, making it feel like a much older game than it actually is. Even back in the era when Link’s cloud-filled adventure was first released for the Wii in 2011, voice acting had already become an expected feature in most video games. I realize Link can’t speak because that would be super weird, but reading this much dialogue text feels extremely dated in 2021. 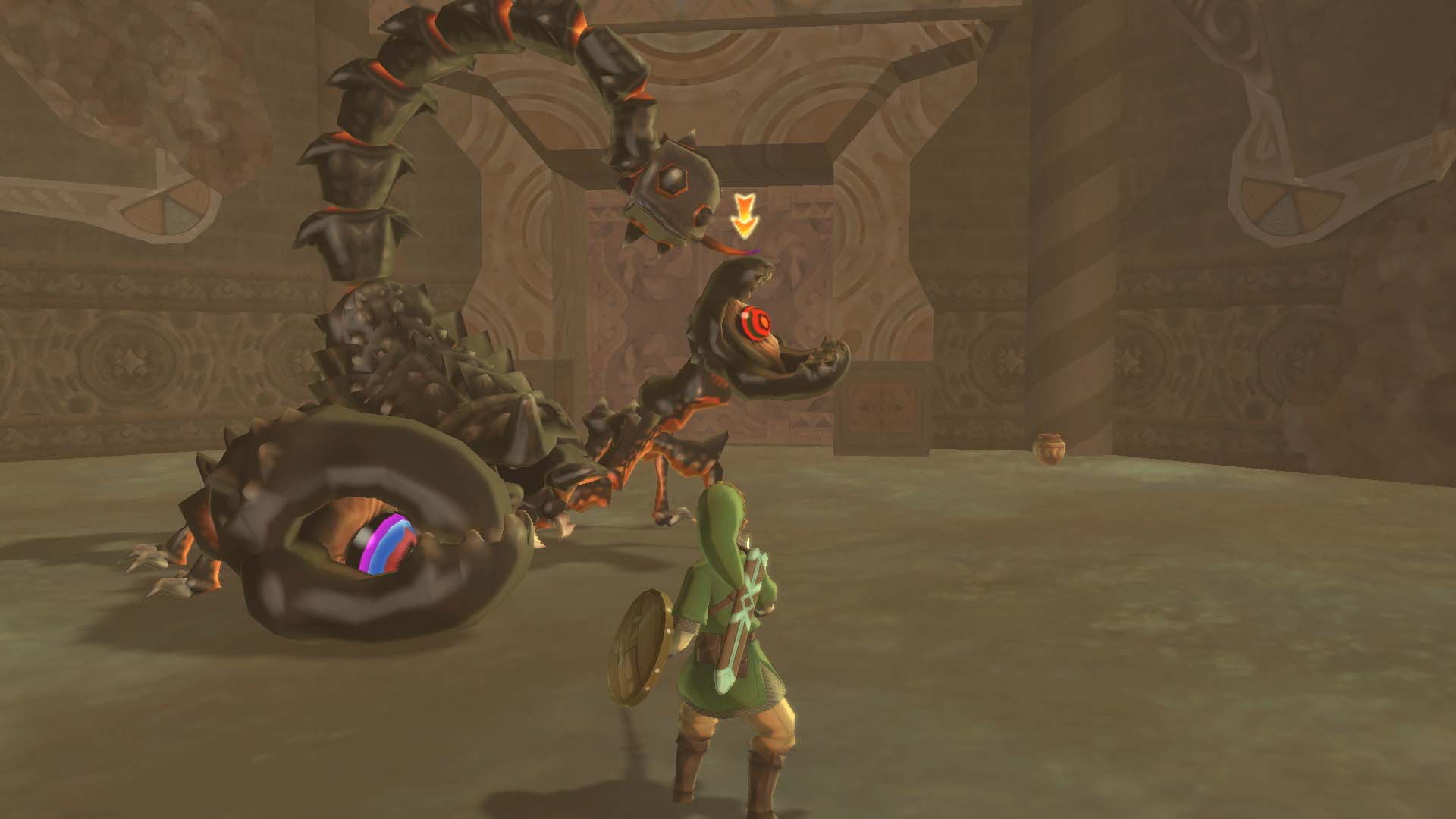 As someone who has nostalgia for the game, I didn’t mind these shortcomings, though younger players who haven’t played the original Wii classic and are only familiar with Breath of the Wild will likely find Skyward Sword a little slow. The well-known ‘go to the hub world, access a dungeon, rinse and repeat’ nature of the franchise is still here, but it feels extremely drawn out.

It’s also interesting to play Skyward Sword again and notice a lot of the later Zelda titles’ key innovative features. For example, Link has a stamina metre and can climb objects with ease — though not every vertical surface like in Breath of the Wild — and the game’s overall art style is very similar. It seems like there might be some connection to Skyward Sword‘s Skyloft in Breath of the Wild 2, given what we’ve seen in recent trailers, and this makes revisiting the game’s world all that more interesting. 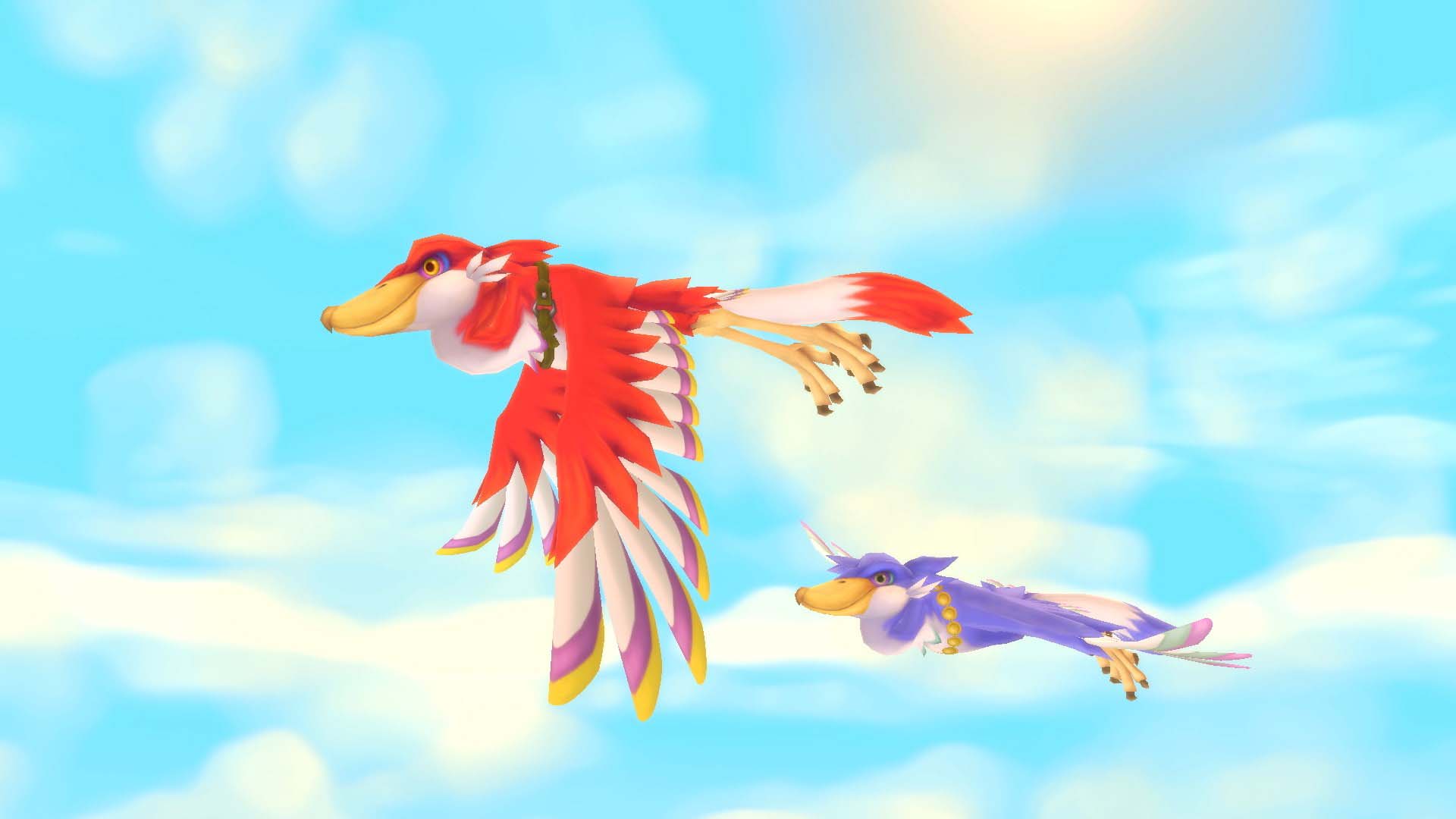 Still, in some ways, Skyward Sword HD is yet another lazy Nintendo port. Fast travel is strangely locked behind an Amiibo and there’s no on-screen mini-map. Visually, this is also still the same game the company released a decade ago, only in high-definition. For once, it would be welcome to see Nintendo put more effort into one of its retro ports.

That’s not to say that there aren’t any quality-of-life improvements to the game. One of my most significant problems with the original version of Skyward Sword for the Wii was that the game’s cameras couldn’t be controlled manually. This made it difficult to get a good look at the world around you, which is sometimes necessary in Zelda titles to solve puzzles. 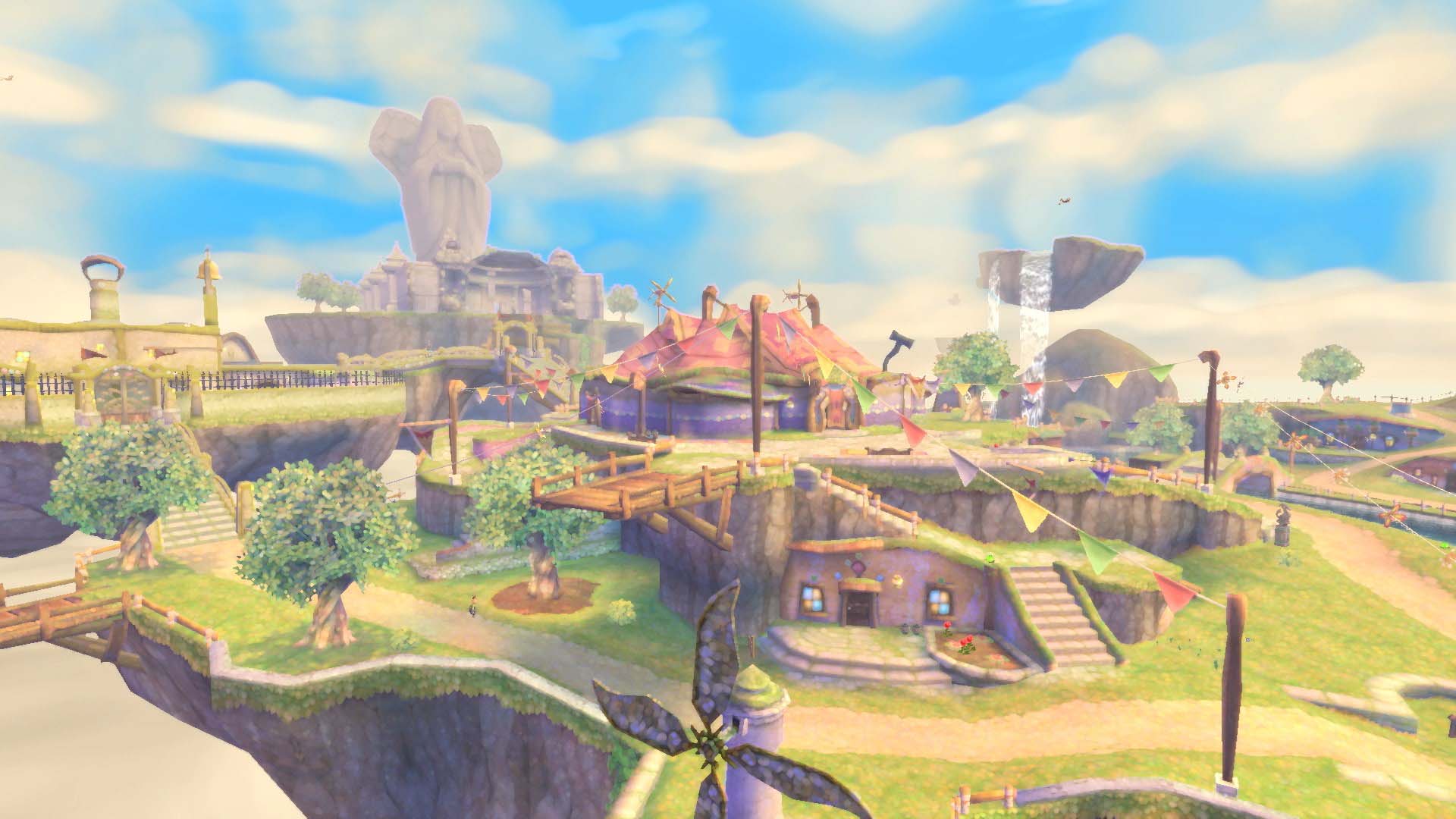 Given that Nintendo’s Joy-Cons feature two thumbsticks, it’s now possible to swing the camera around manually. However, this can get a little awkward when not playing with motion controls because you need to hold down the ‘L’ button first since the joystick also controls Link’s sword.

Nintendo has also added a new autosave feature to Skyward Sword, removing the need to save your progress at stone obelisks. 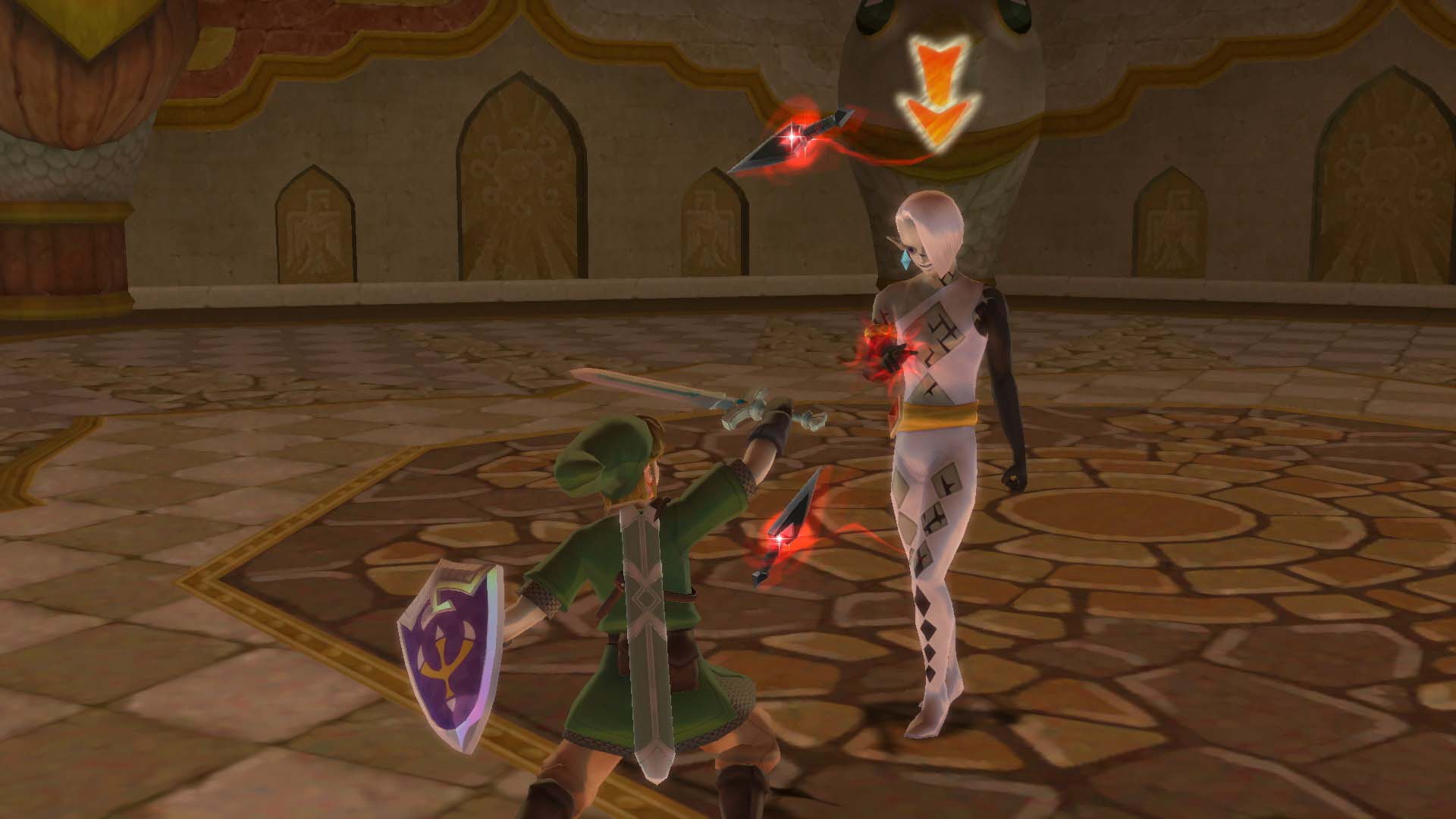 In the end, The Legend of Zelda: Skyward Sword HD is a competent port of one of the Zelda series’ more controversial titles. If you’re not turned off by the game’s reliance on motion controls, you’ll find some of the franchise’s most unique puzzles in Skyward Sword.

However, it’s difficult to get past the game’s $79.99 price, especially since it’s a decade old and isn’t a true full remake of the Wii classic. The Legend of Zelda: Skyward Sword HD releases on the Nintendo Switch on July 16th.